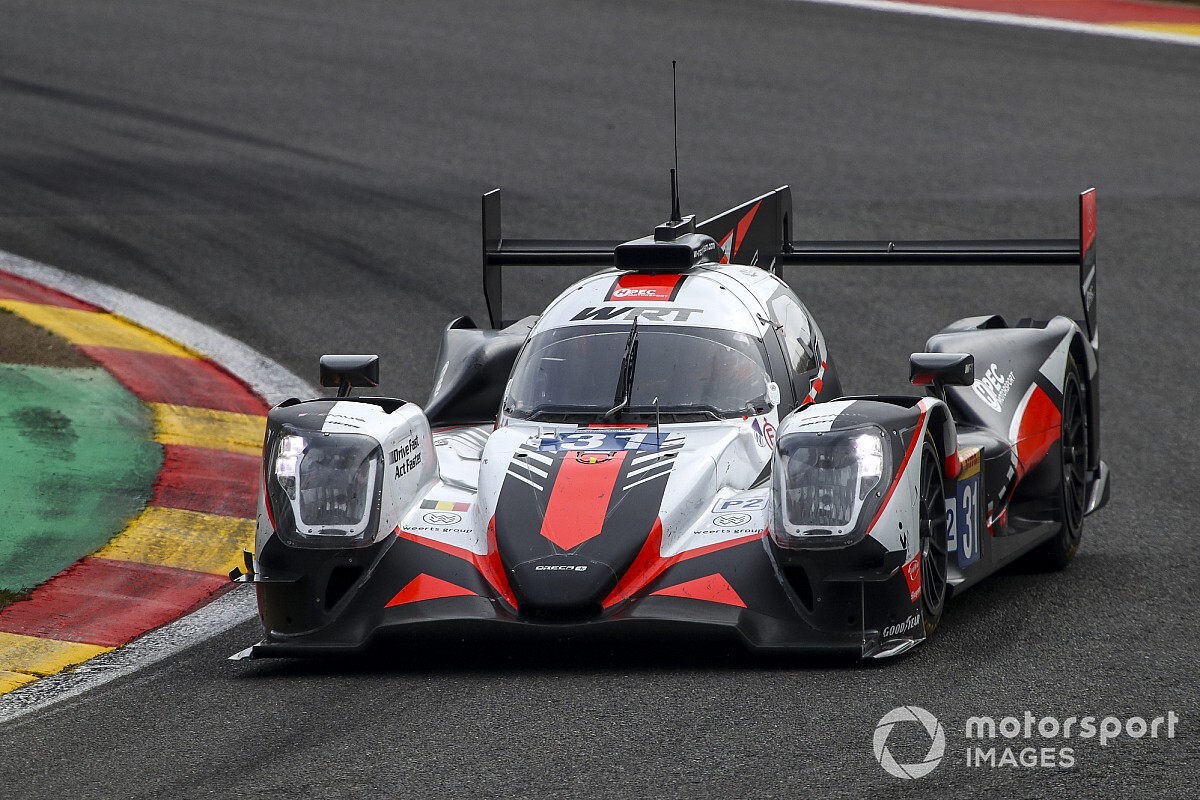 The crack GT racing squad has expanded to prototype racing in 2021 with a view of competing with LMDh cars in the future, entering an Oreca 07-Gibson in both the WEC and the European Le Mans Series.

Following a triumphant start to its ELMS campaign at Barcelona with ex-F1 driver Robert Kubica, Louis Deletraz and Yifei Ye in April, WRT made its WEC debut last weekend at the Spa-Francorchamps circuit – a track where it has been victorious twice in the blue riband round of the Blancpain GT series (now GT World Challenge Europe).

Formula E and DTM race winner Robin Frijns qualified the car he shares with Ferdinand Habsburg and Charles Milesi 10th in the LMP2 class with a time of 2m03.915s, 1.5s behind the pole-sitting #22 United Autosports Oreca of Filipe Albuquerque.

Frijns also took the start in #31 Oreca, gradually progressing up to third by the middle of the second hour to provisionally put WRT in a podium position.

Habsburg took over from the Dutchman in the third stint and enjoyed a long battle with reigning Formula E champion Antonio Felix da Costa in the #38 JOTA car, with the two drivers running side-by-side at high speed through Eau Rouge.

But the Austrian driver was unlucky to be boxed behind a Porsche GTE car at the end of Kemmel Straight and lost places to both his Portuguese rival and the Racing Team Nederland entry driven by Frits van Eerd.

However, it was a brake problem that did more damage, forcing Habsburg to make an unscheduled visit to the pits just after the halfway point of the race.

WRT was able to fix the issue in seven minutes and send him out again, but the issue cropped up again later in the race with Milesi behind the wheel, with the squad losing a total of 35 laps in the pits due to repairs and ending up firmly at the bottom of the LMP2 order.

However, team principal Vincent Vosse was keen to take away the positives, saying the squad can be pleased with the pace it showed on its move up to the world championship.

“We are of course a little bit disappointed by the result, but very happy with the work done by the whole team and the pace shown,” he said.

“We had a good form, and even reached P2 among LMP2 [Pro] cars in the second stint. Unfortunately, we had that clutch problem and the race was ruined. Nevertheless, we proved competitive and that is the main takeaway.”

Frijns, who has limited experience in LMP2 cars courtesy of a one-off outing with JOTA at the Rolex 24 at Daytona in 2018, was particularly impressed by the pace he could display on fresh tyres.

“The first one is done, and despite the results, we can be satisfied,” he said. “We had a relatively poor qualifying, but in the race the pace was good, actually the more we drove, the better it was.

“In the second stint, with fresh tyres, we were really fast. Then there was the clutch problem, but we need to see the positive of all that, which is that we had a good pace.”

Full highlights of the WEC 6 Hours of Spa are available on Motorsport.tv. The FIA World Endurance Championship heads to Portugal next month for June 13’s 8 Hours of Portimao.

Williams F1 in “final throes” of adding updates to 2021 car

May 17, 2021 sportsgamingwire
The most popular football video game in the world will be missing a key...

James Rodriguez: “I don’t think it will be too long” before I retire

James Rodriguez: “I don’t think it will be too long” before I retire

Williams F1 in “final throes” of adding updates to 2021 car