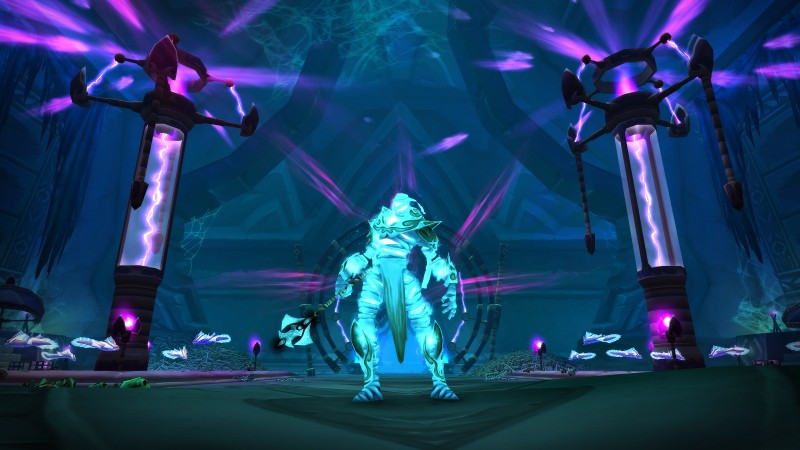 If you were waiting to return to the lands beyond the Dark Portal, the journey is almost over. On June 1, players can return to The Burning Crusade expansion in World of Warcraft Classic. If you already have a WoW account, you’re already all set to tread back into the lands that highlighted some of WoW’s best raids, characters, and more. The Burning Crusade introduced, among many other interesting things, the concept of 10-person raids with Karazhan.

While “raid nights” often tasked players with assembling a huge collection of classes and characters, the introduction of a more intimate raid setting let players get away from the point structures and politics of huge assemblies. Karazhan gave players a haunted-mansion style romp to explore with a variety of battles and discoveries, and even had one of the more memorable experiences with the rotating opera house encounter, which could be one of several different challenges each week.

The Burning Crusade also featured some of the more challenging raids from the era, including Tempest Keep and The Black Temple. Taking on Lady Vashj, Prince Kael’thas, and Illidan were absolutely epic undertakings back then, but I wonder with all the knowledge and organization tools that players have today if they’ll be as tough as we remember. Classic raids were also tough at the time, but current generation raiding encounters are often much more complex and challenging, with the legacy offerings now shown to be mainly challenges of gearing and organization. Let’s see how things go as players trek back into these raids, perhaps for the first time…

Even if you’re not set on raiding, The Burning Crusade also features some iconic zones to explore like the strange, somewhat serene themes of Zangamarsh and the desolate wasteland of Shadowmoon Valley. Collect mushrooms, grind rep, and go hunting in Nagrand.

Are you planning to head back into The Burning Crusade? When do you think the “classic” period of World of Warcraft ends? Let us know in the comments!