At several grands prix, the two outfits – and indeed even the drivers within them – have opted to go in different directions.

It’s been a balancing act between opting for a higher downforce solution that is better in the corners but costly on the straights, or taking the drag off and hoping the top speed boosts counter any negatives in the corners.

Last weekend’s British Grand Prix was quite unique, though, in just how different the approach for everyone was, with all four Red Bull and Mercedes drivers doing slightly different things.

Much of it comes down to how comfortable each driver is in trimming back the downforce levels, and that often is something they decide on throughout free practice. 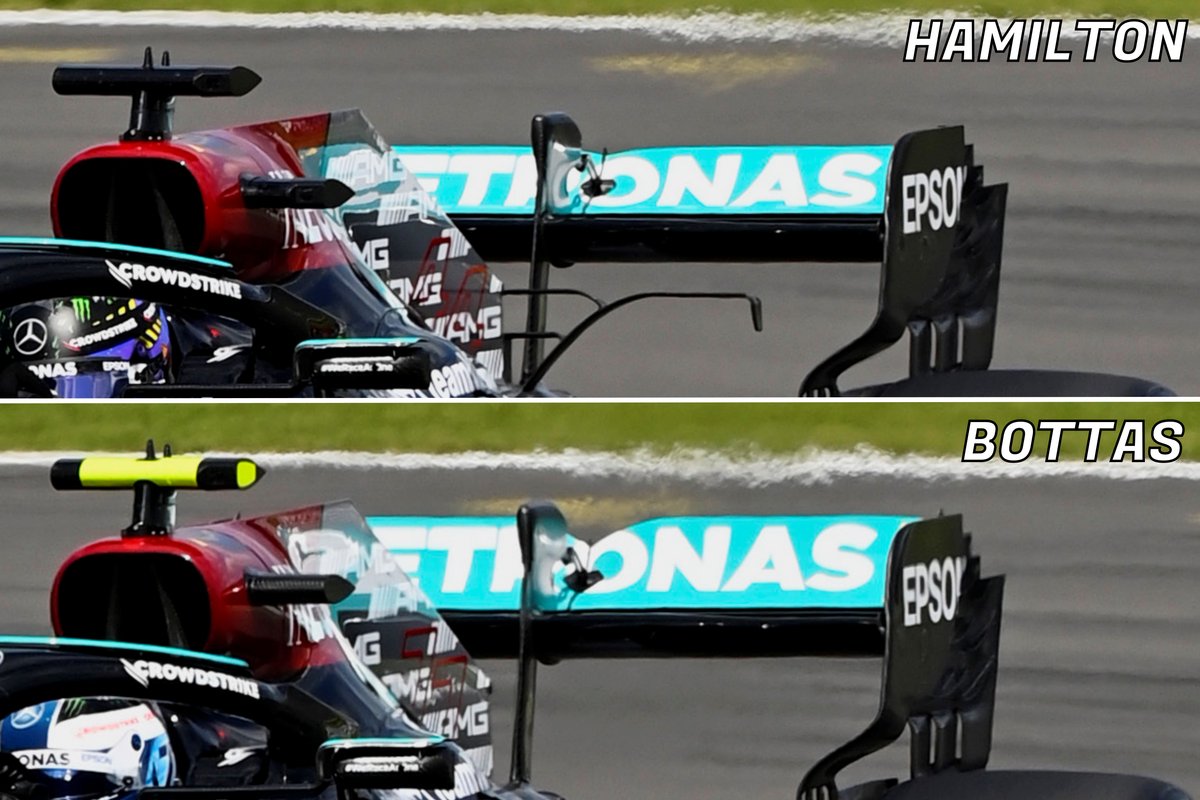 At Mercedes, the split began as early as FP1, with Lewis Hamilton choosing a lower downforce rear wing combined with a T-wing, whilst Valtteri Bottas trialled a slightly higher downforce arrangement but without the T-wing.

Whilst both drivers eventually settled on the lower downforce rear wing configuration, Bottas’ side of the garage opted for a Gurney on the trailing edge of the upper flap.

This will have helped in terms of balance, especially during direction changes. However, it does result in a small drag penalty, which shows in the speed trap figures when you compare both drivers. 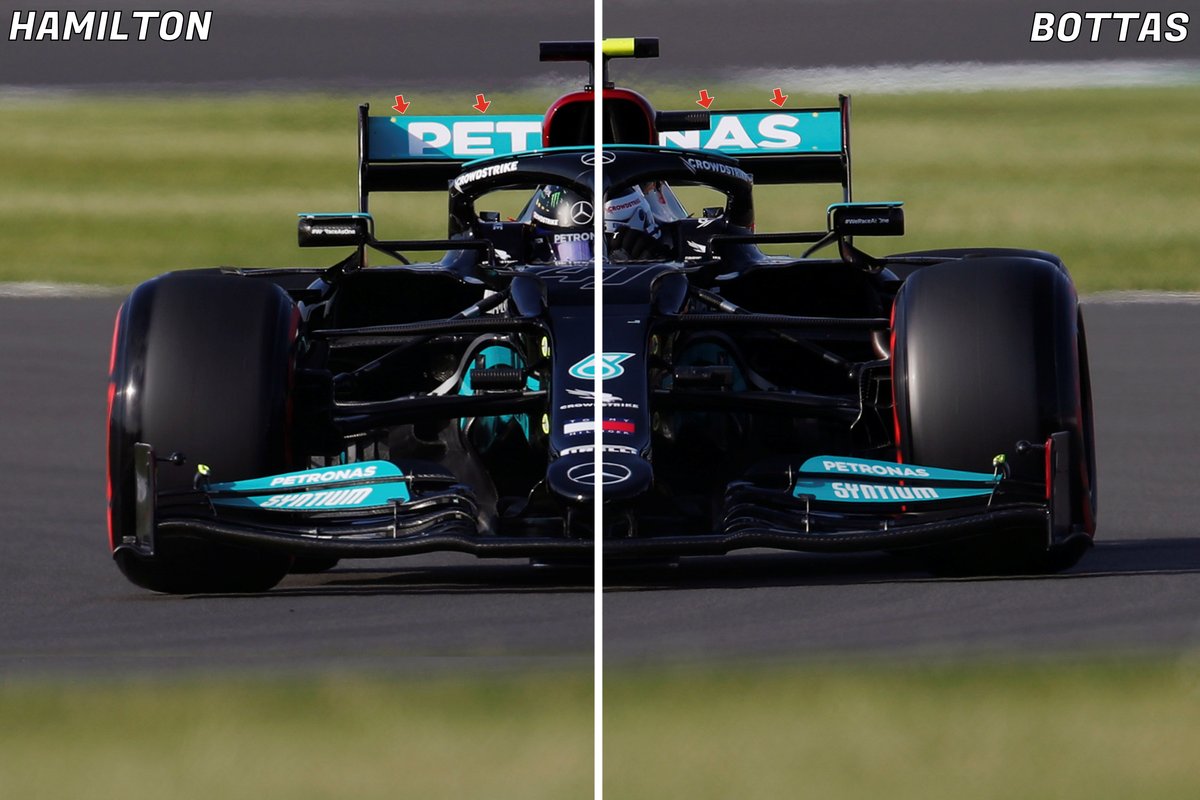 Red Bull was making similar concessions for Max Verstappen too. While Red Bull ultimately committed to a higher downforce solution that left it more exposed on the straights, the Dutchman tried to eke out a little more straightline speed whilst being prepared to sacrifice some balance.

In comparison to Hamilton’s wing having the entire Gurney flap removed, Red Bull felt this a bridge too far, with only the outer portion of the Gurney removed from Max Verstappen’s rear wing.

Perez, meanwhile, retained the full-length Gurney, as he continued to get to grips with the RB16B and technically had less overall downforce as a consequence of being behind the curve on updates, as previously mentioned (both drivers had wings without the more complex endplate though). 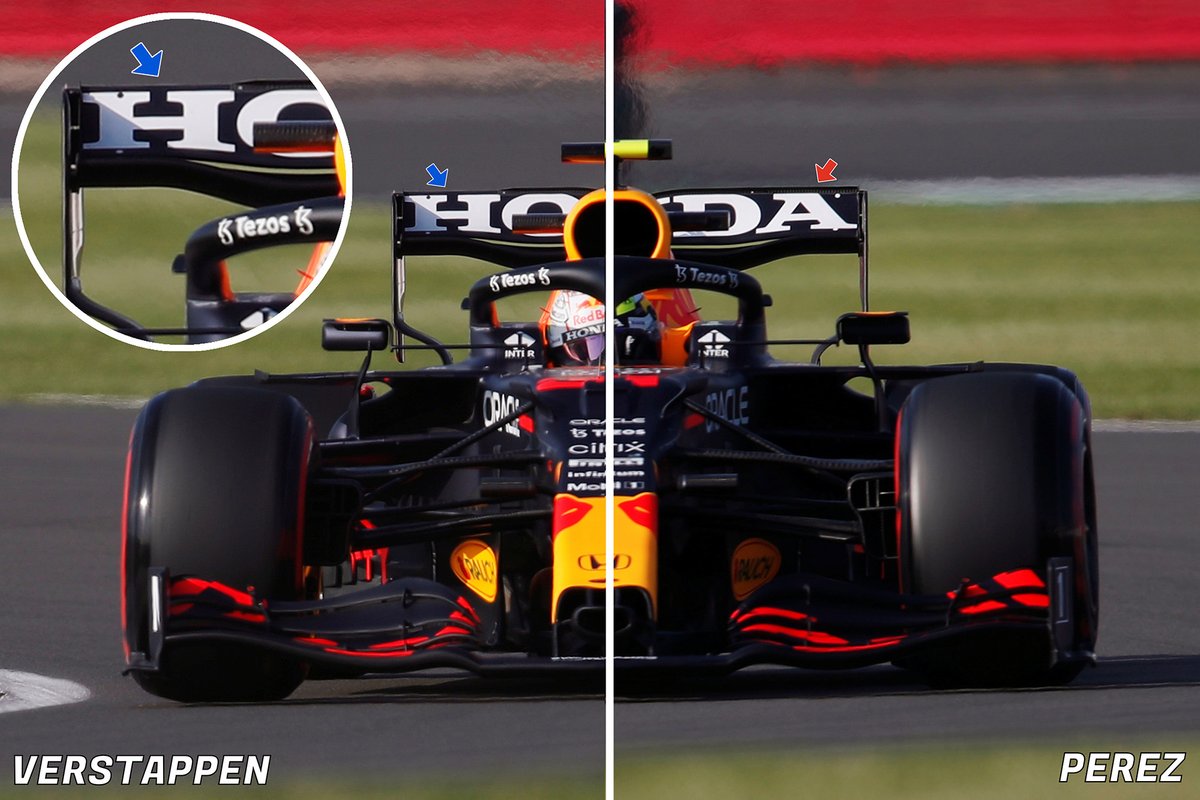 The Mexican’s retirement from the sprint opened the door for the team to make changes and start from the pitlane though, which it duly did.

Perez’s RB16B was then fitted with an even lower downforce rear wing than Verstappen, with the trailing edge cut away further in the outer section, in a bid to try to help him overtake other cars.

This is a design that has been on tap since the Azerbaijan Grand Prix, with the team having briefly tested it but ultimately deciding it didn’t fulfil its requirements.

However, the difference between the wing used by Perez and the one tested in Baku was once again a Gurney flap, with one added to increase balance through the high-speed corners. 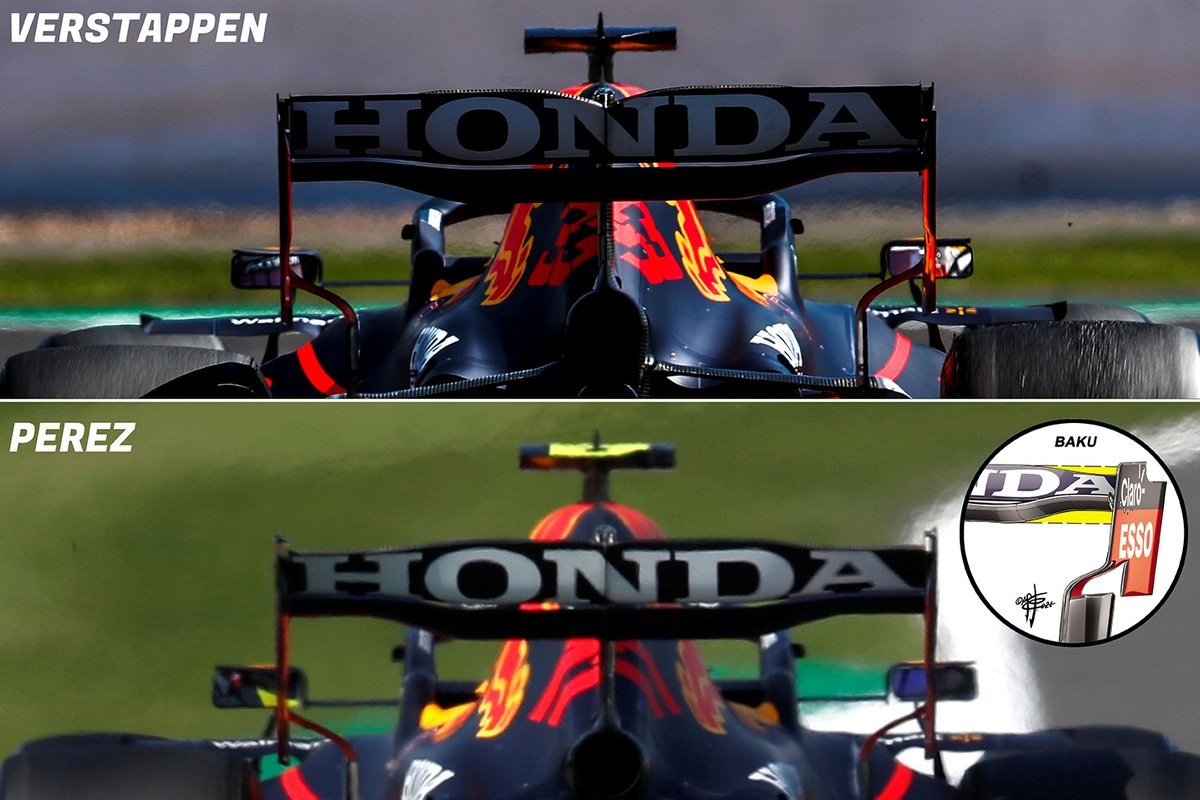