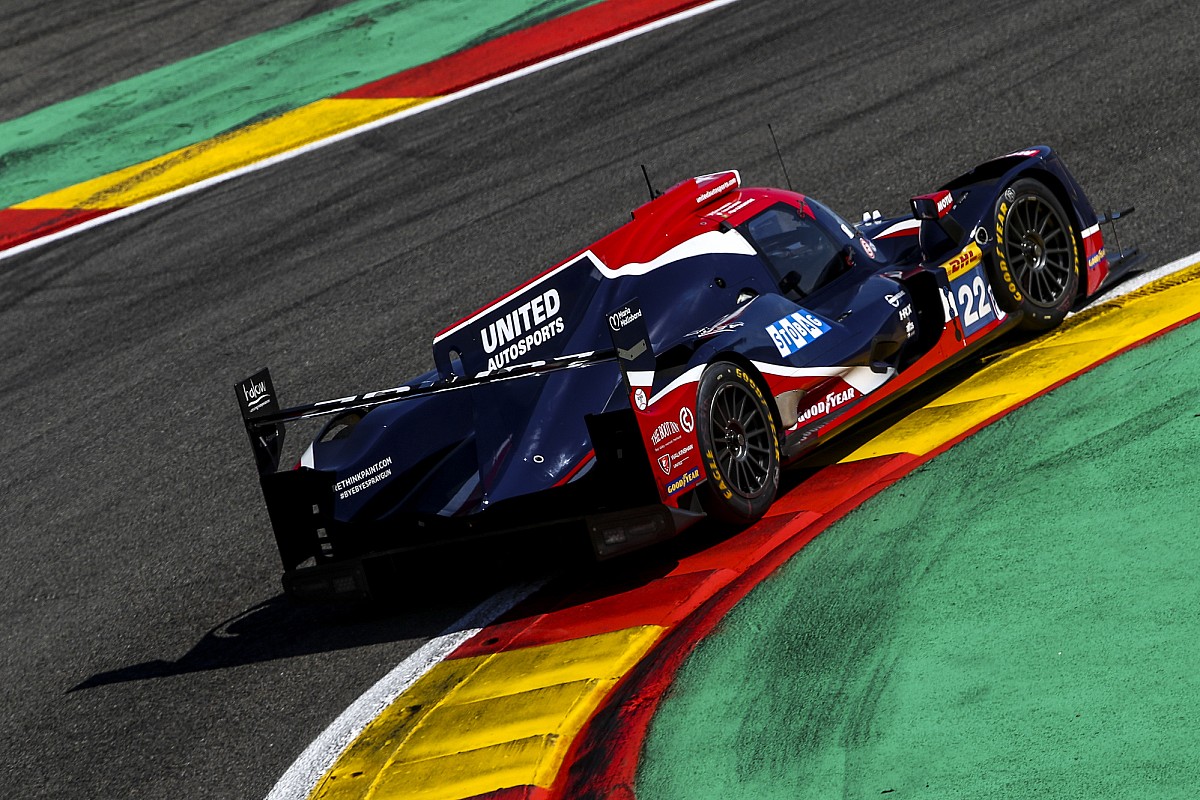 Albuquerque continued his pace-setting form in the opening 90-minute session aboard the United Oreca-Gibson 07, setting a 2m04.083s around the Circuit de Spa-Francorchamps.

That was a couple of tenths up on his best lap in the official pre-season Prologue test at Spa at the beginning of this week in which he topped the times in two of the four sessions.

The first of the cars running in the Hypercar class was the Alpine-Gibson A480 grandfathered LMP1 car, in which Matthieu Vaxiviere posted a 2m04.335s lap to end up second in the overall classification.

The two Toyota Le Mans Hypercars took seventh and 10th in the times in amongst the LMP2 pack.

Quickest of the Toyota GR010 HYBRIDs was the #7 entry in the hands of Mike Conway.

His 2m04.574s was marginally faster than Sebastien Buemi had managed in the sister car when he went fastest during a qualifying run in the closing session of the Prologue on Tuesday afternoon.

Kazuki Nakajima was four tenths in arrears of Conway on a 2m04.947s in FP1.

Third place in the times went to the TDS Racing-run RealTeam squad, Norman Nato setting a 2m04.071s in the team’s P2 Oreca before the car stopped out on track.

A 2m04.475s from Stoffel Vandoorne was good enough for fourth in his Jota Oreca.

Ben Hanley was less than one hundredth of a second behind in fifth aboard DragonSpeed’s Oreca, while Giedo van der Garde took sixth for Racing Team Nederlands.

Porsche maintained its monopoly on the top spot in GTE Pro from the Prologue, Kevin Estre setting a 2m13.466s.

That was quicker than all the laps he posted during the official test apart from a 12m12.916s on Tuesday morning during a qualifying simulation run.

Richard Lietz was second in class in the second of the Manthey-run 911 RSR, his 2m13.500s leaving him just under four hundredths behind the sister car.

The first of the AF Corse Ferraris was right behind the second of the Porsches in Alessandro Pier Guidi’s hands.

The solo Chevrolet Corvette C8.R brought up the rear of the five-car field with a time nearly a second off the pace.

Matteo Cairoli was quickest in GTE Am with a 2m13.941s in his Project 1 Porsche.

The WEC Spa 6 Hours starts on Saturday May 1 at 1.30pm CET, with practice and qualifying scheduled on Thursday and Friday. All sessions of the event will be streamed live on Motorsport.tv.