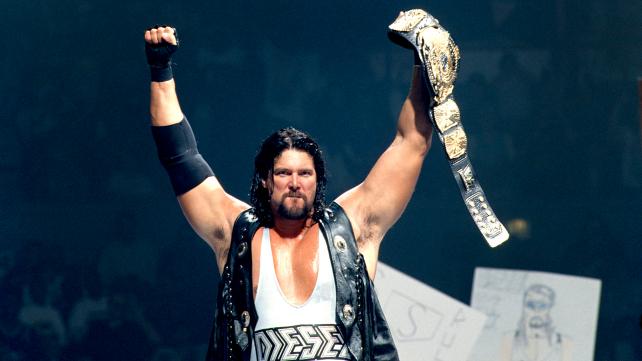 For new fans, “Titan Sinking” might have familiar elements: stars being pushed through the fans throats, sinking ratings, horrible gimmicks, people being fired, persisting on bad ideas, not utilizing the wrestlers to the best of their abilities, and one of the worst creative products of WWF/WWE’s time. Sure, it seems like history repeating itself, but here is the key difference: WWF almost went down in 1995, and James Dixon is here to tell you all about it. There were no million-dollar television deals as a safety net.

This book is part of a trilogy that focuses on the WWF in 1995, 1996, and 1997. Instead of chronicling the success story that the company gives, Dixon goes through Wrestling Observers, shoot interviews, and books to give you the story of how the WWF/E almost died, and how slowly they climbed up until the famous Attitude Era (which mostly sucks, but they were successful, but that’s another story for another day).

This book focuses on 1995, which is one of the worst years of the company’s history.

What’s so awful about this year? Well, the year started right off the company dealing with the steroid trial and the ramifications of the pedophile sexual accusations from Tom Cole and the sexual accusations from a woman to Vince McMahon. That was also the year that the company started to lose a lot of talent, one being Macho Man to WCW after being unhappy with his role. WWF was in the red, losing money like crazy. The talent was not being paid well since they did not have guaranteed contracts and they had to cut down the number of shows. Even attendance was in the shitter, with the PPVs not doing as well as previous years.

Creatively they weren’t riding high either.

One of the worst aspects is that they had one of the lowest drawing champions of all time in Diesel, who newer fans know as Kevin Nash, who had one underwhelming main event after another, with the only highlights being his matches with Bret Hart and Shawn Michaels. Talking about Michaels, this is the year where he started being trouble for everyone by affecting booking decisions, throwing tantrums, and getting everyone mad with his attitude. 1995 is the year the infamous Kliq was born, with one of the focus of the book being on the group composed by Michaels, Nash, Scott Hall, Sean Waltman, and Triple H. As a lot of wrestling fans know, this group was hated by a lot of the wrestlers backstage due to their political power with Vince McMahon and for being a general nuisance to those that they didn’t like. They are even blamed for cutting careers short of people they didn’t like.

1995 is also the awful year where Mabel had a main event push, and where very tough-looking wrestlers with big muscles were replaced with just big buys that weren’t talented. This is also the year where the wrestlers started having jobs, with the gimmicks ranging from race car drivers to teachers to garbage men. Vince lets a lot of talent go to waste, the reasons being depending on who you ask. The year had some of the worst PPVs of all time, and even WrestleMania had a main event with a football star (Lawrence Taylor vs Bam Bam Bigelow). Bret Hart was mostly used in a never-ending feud with Jerry Lawler and his dentist.

Even Taker was doing his magic shit and was injured by Mabel.

This is also the year where Nitro started and they were beating Raw in the ratings by having far more entertaining shows and lighting a fuse under Vince’s ass in the process. It was not until the end of the year where Vince started changing everything slowly, but it did not eliminate that 1995 was just God damn awful. This is one of the documents that proves that maybe Vince ain’t the brilliant mastermind some people think he is. Lot of his success has been pure luck and being forced to change things.

The story of the WWF in 1995 is fascinating, but the bad thing about this book is that if you are a hardcore wrestling fan who reads a lot, listen to podcasts on the subject, or is part of the Voices of Wrestling Patreon or any other historical archive, you probably know a lot of the information in this book. This is a countdown of the year by wrestler and event, so you probably know this stuff. I would mostly recommend it to newer fans or those that want a trip down memory lane.

Another negative of the book is that sometimes it meanders. It starts talking about a subject, and somehow along the way you get the complete story of a pro wrestler that is not important to the subject at hand, which is to study 1995. This is part of a trilogy, so when the book covers events from 1996 or 1997 while meandering, you start to wonder why the author brought it up at that moment when you think the situation is covered in one of the other books.

Another thing that personally bothered me was the use of the real names of the pro wrestlers. I understand using the real name in an historical book, but it causes confusion when the wrestler keeps being referred to by his real name. An example being Paul Levesque instead of Triple H or Sid Eudy instead of Sid Vicious. There is even a reference to PJ Polaco, known famously as Justin Credible, where he is referred to only by his real name and you don’t find out about his wrestling name, Aldo Montoya, until a chapter later. Meanwhile, Shawn Michaels’ real name is never used. It randomly refers to some wrestlers by their real name and not to others.

Besides those negatives, it is still a solid book and a great recount of 1995 in all its failures and glories. If you are a newer wrestling fan, I recommend reading this because it is a pivotal year in WWF/E history and at the end of the day, it is always really fun to read about clusterfucks, and the positives and negatives that clusterfuck had. It is also important to learn about Vince McMahon’s failures from a document not coming from the company. If you are already a long-time fan, this will work as a trip down memory lane and an extra document if you decide to rewatch the year on the WWE Network or Peacock.