By Charles Brun: Tyson Fury says he can’t wait to get Anthony Joshua in the ring for their meg-fight this year so that he can thrash him and take his three heavyweight world titles.

Fury (30-0-1, 21 KOs) says he’s been waiting for this opportunity to fight a popular fellow Brit all his career, and now he’s finally in a position to get the chance.

As long as promoter Eddie Hearn is able to close the deal for the Joshua (24-1, 22 KOs) in Saudi this summer, Fury will get his wish.

If not, he may have to try his luck with the dangerous 6’7″ former WBC heavyweight champion Deontay Wilder, who is looking unbelievably good in training.

Fury needs to do something quickly because he’s wasting away having lost almost two years of his carer sitting inactive, droning on about his past wins the way older person would.

Fury wants to give Joshua a “hiding”

“I can’t wait to get the big dosser in the ring to give him a good hiding, and to prove to the world what a fake he is,” said Tyson Fury to Eddie Hearn: No Passion, No Point. “Joshua is my British rival. 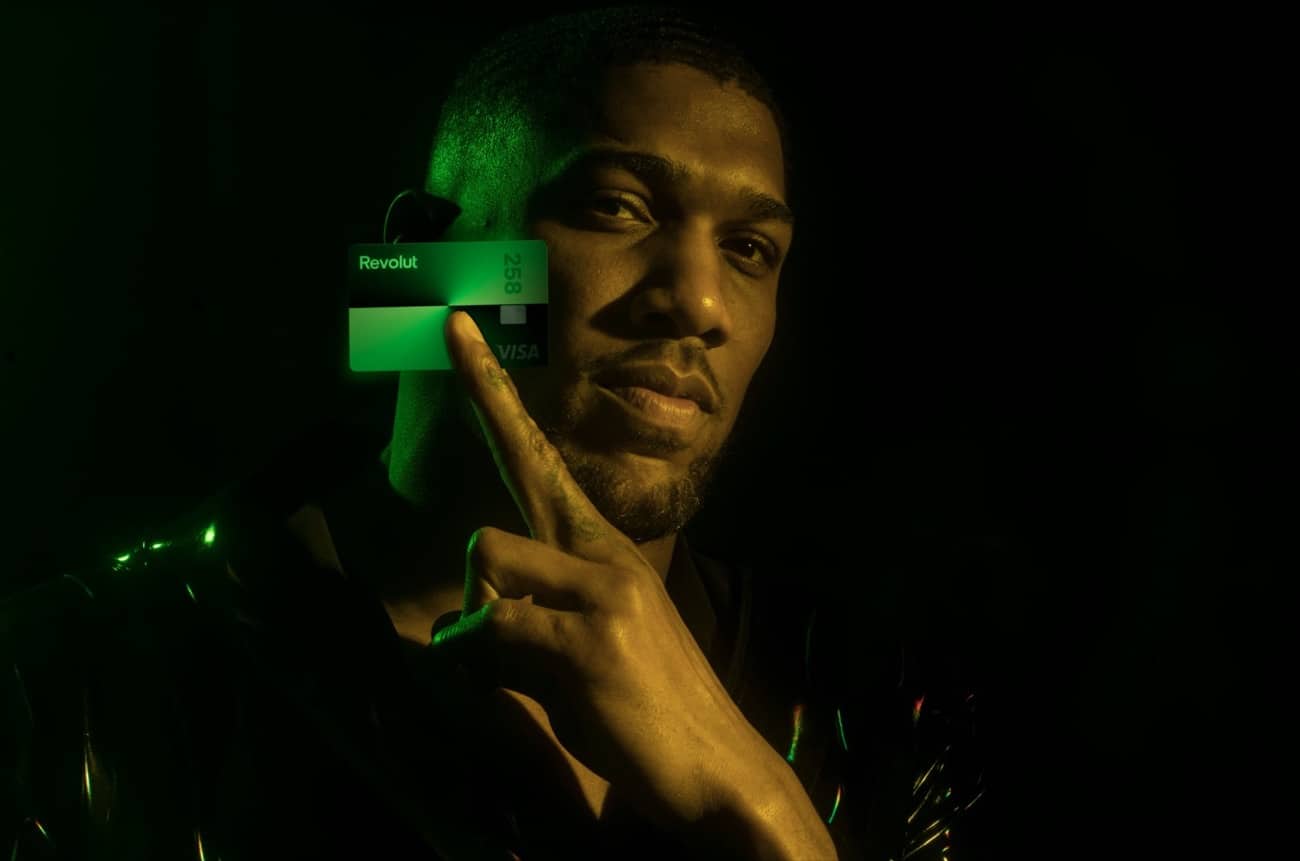 “I’ve been waiting for a British rival for so long, and they always get bumped off along the way somehow like David Price, who I was supposed to fight but he gets knocked out by Tony Thompson.

“David Haye, he took one look at ‘The Gypsy King’ when I was dressed in white that day, and then his a** hole fell out. I hope you don’t take that wrong, David, but that’s the truth.

“I’ll tell you what punch, even give my game plan away,” said Fury about Joshua. “It’ll be a check left hook to the temple. He’ll fall on his face. He may get up, then I’ll knock him out with the overhand right, goodnight.

As long a Fury keeps it clean against Joshua, there won’t be any problems afterward if he beats him. But if his victory is tainted by rabbit punches and flapping gloves, as we saw in his fight with Deontay Wilder last year, Fury won’t receive credit.

Hopefully, Fury keeps it clean against Joshua and doesn’t resort to throwing rabbit punches because that would look bad. Joshua will need to be ready for Fury’s scorched earth approach to his fights.

“You took an amateur boxer and made him into a superstar and the finished article. It’s just a shame he has to be in the same era as the ‘Gypsy King,’” said Fury.

Tyson bragging about past wins

“There’s only one champion in the world and that’s ‘The Gypsy King,’ undefeated, indestructible, unbeatable, and will never lose a fight in the history of the sport ever,” Fury said about himself.

“I will retire with a crown. I’m not lucky, I’m blessed. 100%,” said Fury when asked if Joshua is an easy fight for him. I can’t be beaten by a normal fighting man.

“The only person that can beat the ‘Gypsy King’ is me, Tyson Fury. AJ couldn’t lace my boots. I know you’re his promoter, you have to say this.

“My Everest was when I beat Klitschko in 2015, that was my Everest. When I fought Wilder after all my time off, people thought, ‘This guy can beat Tyson. He’s had two to three years out, and he hasn’t been active and he’s coming off a long layoff. Is it possible to do?’” said Fury.

“I didn’t think you’d do it,” said Hearn about Fury upsetting Wilder in 2020.

“I thought you had no chance whatsoever and watched it on the laptop. As the rounds went by, I just thought, ‘He’s [Fury] going to get chinned in a minute, what’s going on?’

“I didn’t just beat him the second time, I took his soul and ate it and I still have his mojo in my pocket,” said Fury about his victory over Deontay Wilder in February 2020. 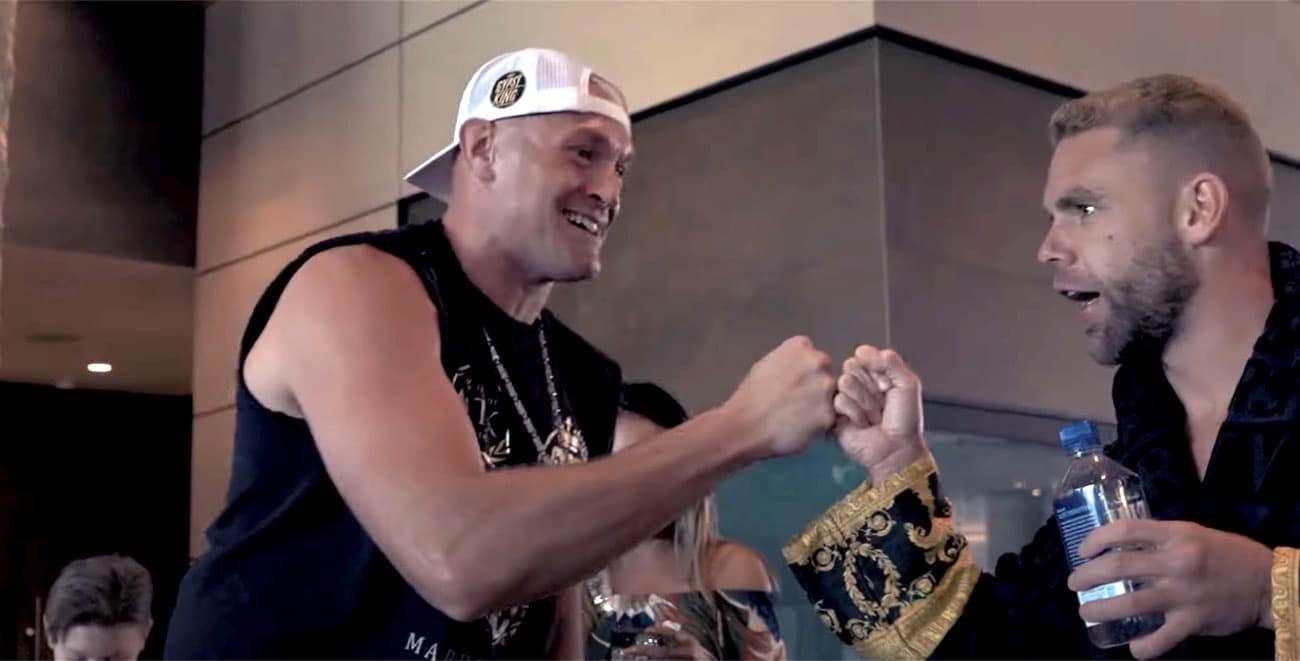 “Do you think Deontay Wilder is overrated?” said Hearn.

“No, I think Deontay Wilder is the most fearsome puncher in the history of the sport,” said Fury. “Before I fought Wilder, he was a killer, everyone was terrified of him.

“It took a fat man from England with a bald head to go over to America, give him a good hiding in his own town. Get up off the floor with a miraculous recovery in undertaker style.

“This is what stories are made of. Mark my words, that will be a blockbuster Hollywood movie one day.

“So let me go destroy him again. You got a man that can close distance quick, you got a man with dynamite power. He’s not the best boxer in the world,” Fury said about Wilder.

“But he makes up for it by being so dangerous and he can close the distance quick. Klitschko was one of those guys with good skills and footwork, but this is a young man’s game. Grandad’s days can’t beat a young man.

Fury needs to quit blabbering about his past wins because it’s so incredibly boring. Poor Eddie Hearn, the host of the Podcast, seemed to get tired of the way that Fury drifted off-topic, and he ended the show on him.