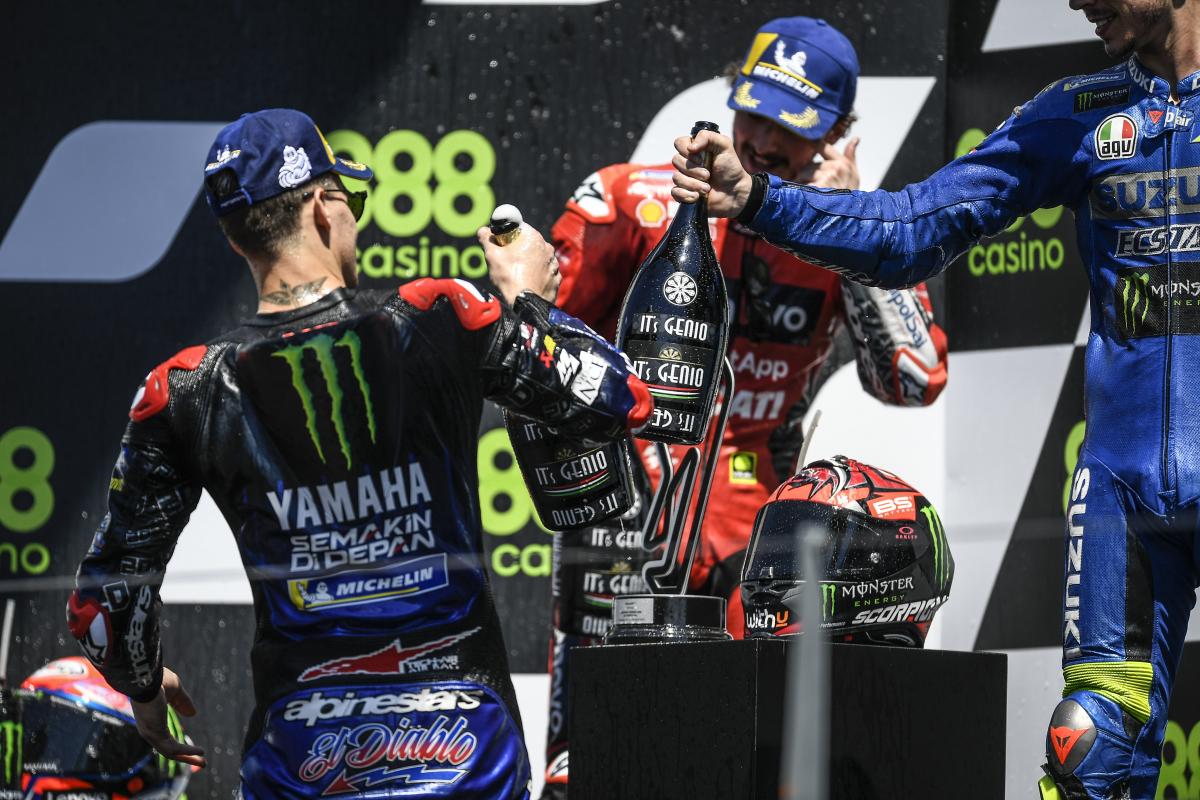 Fabio Quartararo (Monster Energy Yamaha MotoGP) is a man on a mission. After not even starting the season with a podium, the Frenchman regrouped and refocused for round two, taking a resounding victory in the Doha GP before in Portimão we saw more of the same. And the same was not simply the fastest man on Sunday, but also a tactical masterclass in when and where to attack, and whom, before deciding where to pull that final pin. His two wins rocket El Diablo to the top of the standings and very much make him the man to beat. The next track on the calendar is one at which he dominated twice last year too, and although it was in the heat of July, that makes good reading for him. So who’s going to stop Quartararo’s roll?