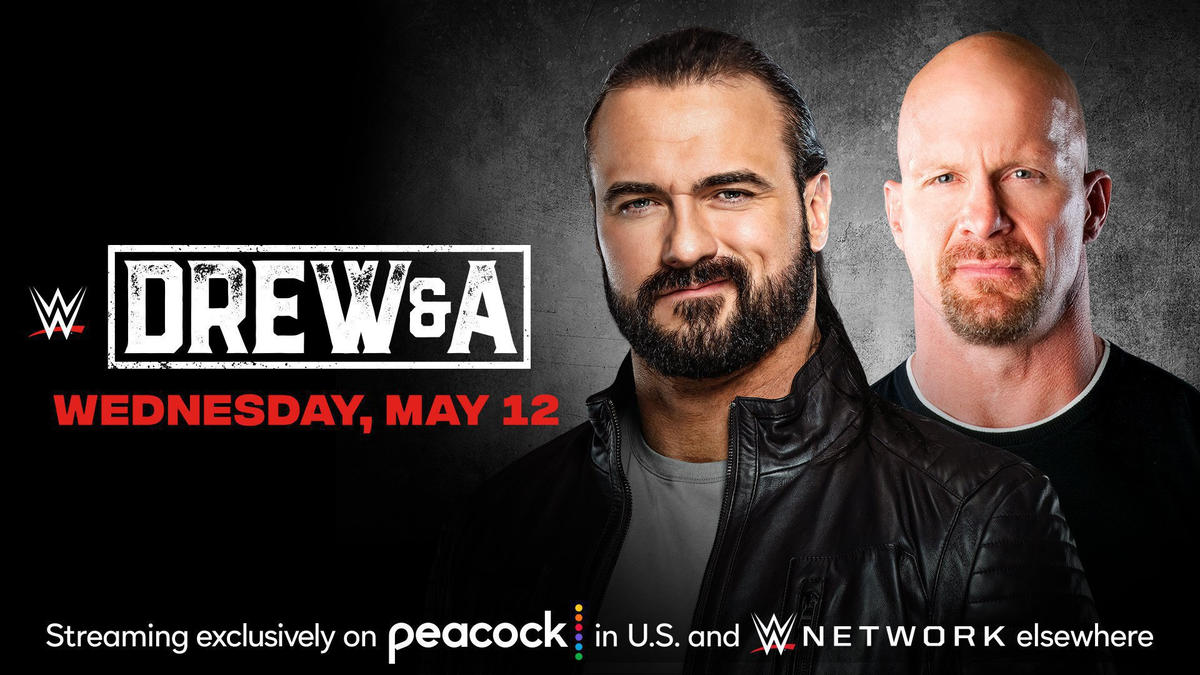 Following Drew McIntyre’s popular appearance on “Stone Cold” Steve Austin’s Broken Skull Sessions last December, The Scottish Warrior and The Texas Rattlesnake are set to chop it up again — this time, however, the roles will be reversed.

Days before facing WWE Champion Bobby Lashley and Braun Strowman in a Triple Threat Match at WrestleMania Backlash, McIntyre will shift into interviewer mode when he welcomes “Stone Cold” as his guest on a new episode of Drew & A, streaming Wednesday, May 12, exclusively on Peacock in the U.S. and on the Free Version of WWE Network everywhere else.

As WWE fans witnessed during McIntyre’s appearance on The Broken Skull Sessions, there is plenty of mutual admiration between The Scottish Warrior and the WWE Hall of Famer. During the interview, Austin threw to photos from McIntyre’s personal collection, one of which showed the young Scot rolling around in “Stone Cold”-themed bedsheets in his childhood bedroom. The Texas Rattlesnake seemed touched that he made such an impact on McIntyre, now a two-time WWE Champion in search of his third chip.

“I appreciate the fact that I was able to make enough of an impression on a cat from Ayr, Scotland, [that he would] go buy my bedsheets, so props to that,” Austin told McIntyre.

Don’t miss out when McIntyre flips the script and interviews “Stone Cold” on an all-new Drew & A, premiering May 12.