In the #7 Toyota Kobayashi set a time of 2m00.747s in the first qualifying session of the World Endurance Championship’s new Hypercar era, half a second quicker than teammate Kazuki Nakajima in the #8 sister car.

During a cold but dry qualifying session United Autosports’ Filipe Albuquerque confirmed his rapid pace from testing by proving to be the class of the LMP2 field, claiming pole by six tenths in the #22 Oreca 07-Gibson and taking third overall.

After a delayed run out, the third and last car in the Hypercar class, the grandfathered Alpine A480-Gibson LMP1 car, was fourth in the hands of Nicolas Lapierre, behind both Toyotas and the United LMP2. 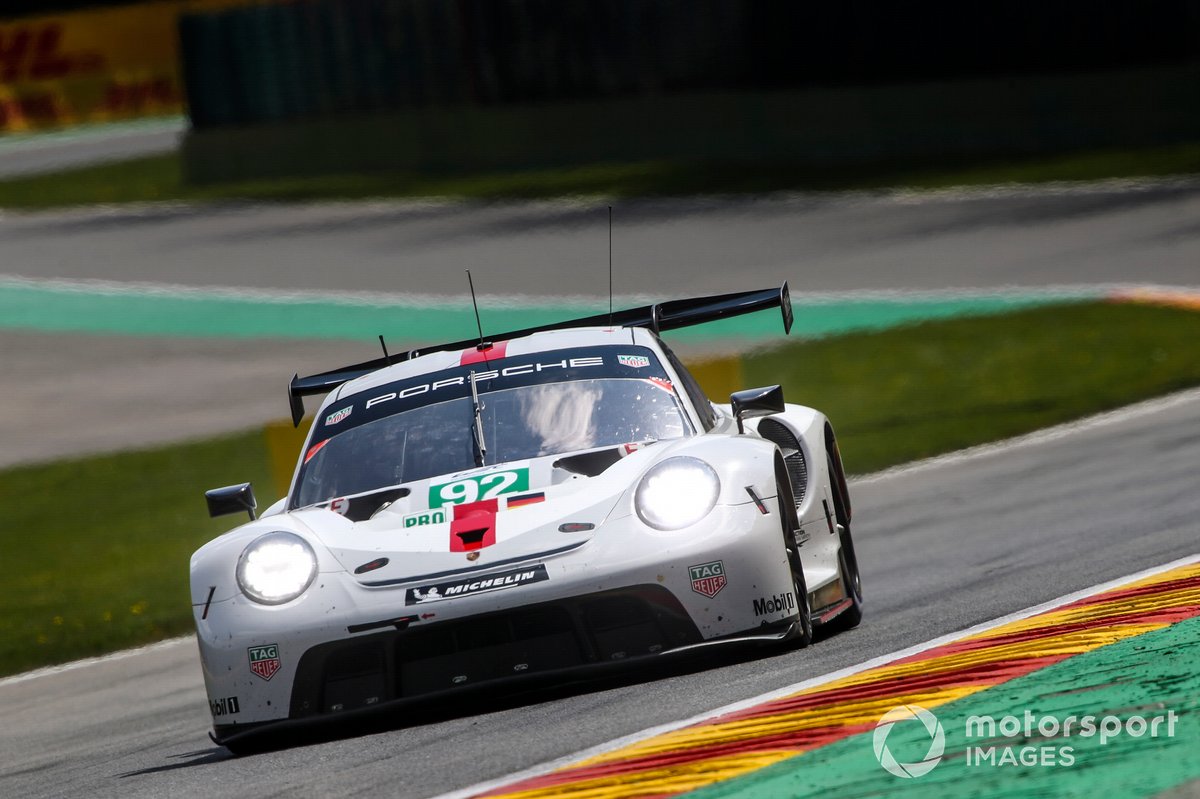 Estre, the only driver to dip below the 2m12 benchmark all week, was 1.1s quicker than AF Corse’s Miguel Molina in the #52 Ferrari, the Spaniard setting a 2m12.351s after his first lap was deleted for track limits.

In the second works Porsche Richard Lietz was third with a lap of 2m12.370s, with the second Ferrari of Alessandro Pier Guidi less than a tenth behind. Corvette brought up the rear of the five-car class with a time of 2m13.106s by Antonio Garcia on the C8.R’s first appearance outside North America.

TF Sport’s Ben Keating came out on top of an Aston Martin duo to take pole in GTE Am, setting a lap of 2m14.660s in the #33 Vantage. Keating was nine tenths quicker than Paul Dalla Lana in the #98 Aston, following by Andrew Haryanto in the #88 Dempsey Proton Porsche.

The GT segment was red flagged twice for two major crashes on the Raidillon. Early on Christian Ried lost control over his #77 Dempsey Proton Porsche, spinning into the tyre barriers at high speed.

Moments after the restart Egidio Perfetti suffered a carbon copy of Ried’s crash in the #56 Team Project 1 Porsche. Both drivers were able to step out of their cars unaided, but their teams will face a long night to repair the cars in time for tomorrow’s six-hour race.

The WEC Spa 6 Hours starts on Saturday May 1 at 1.30pm CET and will be streamed live on Motorsport.tv.