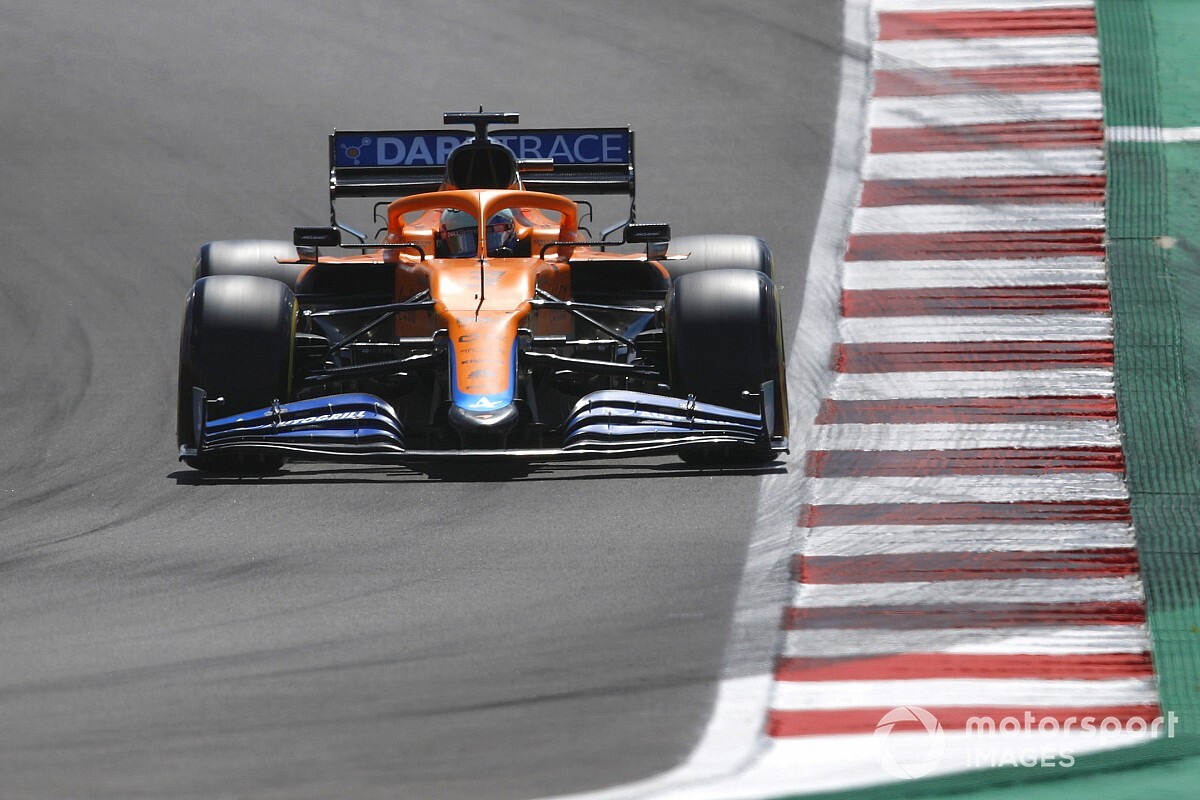 The Australian had had an encouraging first day of practice in Portugal, but could not pull a lap together in Q1 on Saturday to get himself through to the second part of qualifying.

It means he will line up 16th on the grid, which is his worst start since the 2019 Japanese Grand Prix.

Reflecting on what went wrong, Ricciardo said there was no obvious answer as to why he was lacking pace compared to teammate Lando Norris.

“Yeah, big, big disappointment,” said Ricciardo. “I’m still in a little bit of shock actually just how the session went. To be out in Q1, it’s really like your worst nightmare as a driver.”

Ricciardo said that being slowed by traffic did not help his cause, but that did not offer the full explanation as to why he wasn’t on the pace.

“The medium at the beginning of the run was okay, but we just didn’t really get a clean lap. And then the soft, it was just messy, messy.

“Already into Turn 1, I didn’t feel I was helped with some traffic. And then the end of the lap I was just trying to hang on to the rear of the car, I just didn’t really get going from really the start of the lap.

“Then I was trying to probably play catch up at the end, which just meant a lot of mistakes. Yeah, not a good one.”

He added: “But why we struggled or why it was difficult to put a lap together it’s not so clear at the moment. I think there’s a few things for sure and there’s some tenths left on the table.

Ricciardo has worked hard since Imola in trying to tweak his driving style to better suit what his McLaren car needs, but says after feeling that had helped on Friday, it was ‘dark’ that things had been so bad on Saturday.

“I’m still trying to get out of, let’s say, a little bit of an old style,” he explained. “So I’m still quite conscious about how I approach every corner

“I felt like yesterday I’d made a good step towards that, and I certainly felt comfortable yesterday or more comfortable than a couple weeks ago. So that’s why to be standing here now it’s pretty dark.”