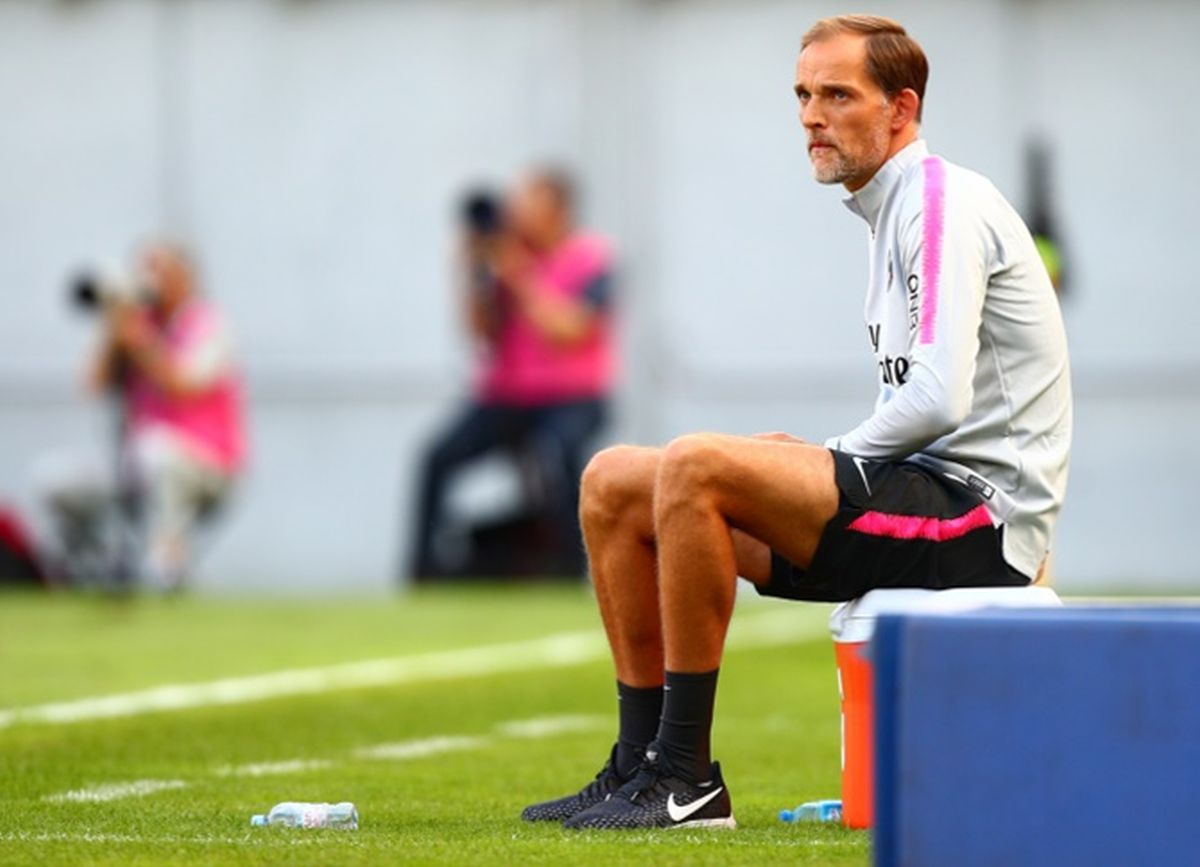 IMAGE: Thomas Tuchel, 47, was appointed PSG boss in 2018 and guided them to two Ligue 1 titles along with a domestic quadruple in his second season at the club. Photograph: Lisi Niesner/Reuters

French champions Paris St Germain have sacked coach Thomas Tuchel, with the side sitting third in the league standings, the Ligue 1 club said in a statement on Tuesday.

German Tuchel, who led PSG to the Champions League final in August which they lost to Bayern Munich, was dismissed on Christmas eve following a 4-0 win over Racing Strasbourg.

“I would like to thank Thomas Tuchel and his staff for everything they brought to the club,” PSG president Nasser Al-Khelaifi said.

“Thomas has put a lot of energy and passion into his work and of course we’ll remember the good times we shared together. I wish him the best for his future.”

PSG have 35 points from 17 games, one point behind league leaders Olympique Lyonnais and Lille, and are through to the last 16 of the Champions League, where they face Spanish side Barcelona.

Tuchel, 47, was appointed PSG boss in 2018 and guided them to two Ligue 1 titles along with a domestic quadruple in his second season at the club.

L’Equipe reported that Argentine Mauricio Pochettino, the former manager of English Premier League side Tottenham Hotspur, is set to be named Tuchel’s successor.

Pochettino, who played for PSG as a defender in the early 2000s, has been out of a job since being dismissed by Spurs in November, 2019, a few months after guiding the north London club to the Champions League final. 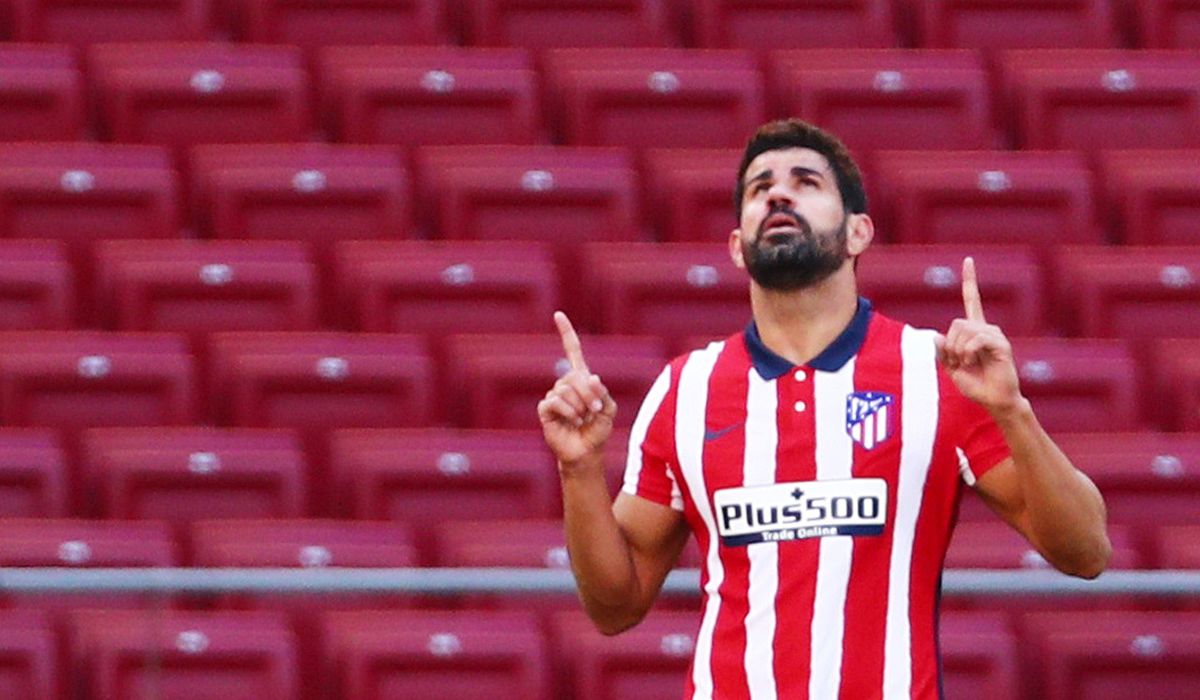 IMAGE: Diego Costa helped Atletico to the Spanish title with 27 goals and they also reached the 2014 Champions League final after which he left for Chelsea before returning to Atletico in 2017. Photograph: Sergio Perez/Reuters

Atletico Madrid and their enigmatic striker Diego Costa have parted ways for the second time after the La Liga leaders agreed to the player’s request to rescind his contract on Tuesday.

An Atletico statement said the 32-year-old, whose contract ran out in June 2021, had asked several days ago to leave the club immediately for personal reasons and on Tuesday he signed his release from the deal.

Atletico coach Diego Simeone paid tribute to the striker who was so influential in the team’s 2013-14 La Liga title.

“We have spent a lot of time together over the years, he has given us a lot and we have given him a lot too,” Simeone told a news conference.

“We spoke about his personal issues and the club wanted to help him without harming its own interests and we feel better now we have resolved the issue.”

Costa helped Atletico to the Spanish title with 27 goals and they also reached the 2014 Champions League final but lost 4-1 to rivals Real Madrid in extra-time after Costa was forced off early with a hamstring injury.

He could hardly have had a more fitting second debut after returning to Atletico for a reported 57 million euros, scoring and getting sent off in a 2-0 win over Getafe.

The Brazilian-born Spain striker scored the winner in a Europa League semi-final against Arsenal on their way to winning the competition in 2018 and in the UEFA Super Cup victory over Real, although his second spell was mostly disappointing.

Injuries limited him to 43 La Liga starts in three years, scoring 12 goals, and opportunities were further limited by the signings of Joao Felix and Luis Suarez.

Costa scored in Atletico’s 3-1 win over Elche on Dec. 19 and said he was looking forward to healthy competition with Suarez, only to ask to leave days later.

“He felt the need to find a new challenge, and I’m sure wherever he goes he will do well, because he’s a fighter,” added Simeone.

“We want to thank him, Diego has given us everything as a player and as a human.”

Atletico Madrid coach Diego Simeone believes the 10-week ban imposed on defender Kieran Trippier for breaching betting rules unfairly harms his side and has asked for the punishment to be re-assessed.

Tripper, who joined Atletico from Tottenham Hotspur in 2019, was fined 70,000 pounds ($94,444) by England’s Football Association (FA) and suspended for 10 weeks for four breaches of a rule which prevents players from providing information to others on their position which is not available in public at the time.

The England right back, 30, will miss at least 13 matches for Atletico, who are top of La Liga and challenging for their first Spanish title since 2014 and have reached the last 16 of the Champions League, where they will face Chelsea.

“We think it’s unfair and we hope it can be revised because of the damage done to Atletico,” Simeone said ahead Atletico’s league clash with Getafe on Wednesday, the first game Trippier will miss.

“But the circumstances are what they are and we’ll have to live with it.”

Trippier, who is in his second season with Atletico, has been one of the team’s best players this season, playing every minute of their 19 games in La Liga and the Champions League.

Croatian full back Sime Vrsaljko is set to take Trippier’s place in the team, having only played 14 minutes of first team football this season as a substitute in a recent Copa del Rey victory over minnows Cardassar.

Ricard Sanchez, a 20-year-old reserve team player who started and scored against Cardassar, is also expected to feature more while Trippier is absent.

Eden Hazard will return to the Real Madrid side for Wednesday’s La Liga match away to Elche after over a month out injured, coach Zinedine Zidane has said.

Real’s record signing has only been able to make three league starts this season and has not featured since injuring his hamstring in a November defeat to Alaves. His last campaign was blighted by two serious ankle injuries.

“Eden will be there tomorrow and our plan is for him to play a bit,” Zidane told a news conference on Tuesday.

“The other day we decided not to but we want him to play and to make the most of him.”

Hazard’s return comes at the right time for Madrid, who are expected to be without Brazilian forward Rodrygo for up to three months after injuring his hamstring in the 2-0 win over Granada before the Christmas break.

Real are second in the standings and level on points with leaders Atletico Madrid, who have two games in hand.

Zidane’s side are on a run of six consecutive wins in all competitions, which has coincided with him rotating his squad to a lesser extent than at the start of the campaign, when the team suffered as a result and lost five matches in three months.

The French coach conceded that his recent team selections demanded more of his players but said there was no increased risk of injuries.

He added it was hard to repeatedly leave out long-serving players such as Marcelo and Isco, but does not want to let either of them go in the January transfer window.

“It hurts me because they want to play, and when you think about everything we have lived through with Marcelo and Isco. It’s difficult, it’s the downside of being a coach but one I have to deal with,” he said.

“I count on all my players and I can assure you they are still very motivated and train very well.”

Tottenham Hotspur forward Gareth Bale will miss the next “few weeks” after he sustained a calf injury in their League Cup quarter-final win at Stoke City last week, manager Jose Mourinho has said.

Bale, who is on loan from Spanish side Real Madrid, started and scored in the 3-1 win but was withdrawn at halftime.

Mourinho is short of backup options in attack with the Portuguese manager saying Lucas Moura and Carlos Vinicius were also doubts for Wednesday’s match against Fulham.

“No, I don’t expect him (Bale) to be fit and also I have my doubts that Lucas and Vinicius can be fit for Fulham,” Mourinho told reporters when asked about Bale’s status.

Bale, who was named Player of the Year in his final season at Spurs before a then-world record move to Real Madrid in 2013, has yet to live up to those standards, scoring only three times for the north London side this season.

Mourinho was also happy with Tanguy Ndombele’s improvement in recent games, especially after he scored in Sunday’s 1-1 draw at Wolverhampton Wanderers, but said he is not yet fit to play the full 90 minutes.

The 24-year-old Frenchman has struggled with injuries since his arrival last season and he has completed a full game only twice this season.

“We are happy, apart from a couple of matches where his performances were not good, overall there was a big evolution,” Mourinho said.

“To play at this intensity – Premier League intensity – and to last for 90 minutes is, of course, another step in the direction of his fitness. But he’s a player who is playing very well and is giving some good things to the team.

“Some players are very physical, some are very intense. Others are more explosive but they don’t last for 90 minutes or they have difficulties lasting 90 minutes.”

Premier League leaders Liverpool were handed a fitness boost with midfielder Thiago Alcantara’s return to training but manager Juergen Klopp has said the Spaniard will not be available for Wednesday’s trip to Newcastle United.

Thiago, who joined Liverpool from Bayern Munich during the close season, has not played since October when he picked up a knock from a challenge by Everton’s Richarlison during their Merseyside derby draw.

Klopp said Thiago was making encouraging progress but will not be rushed back into the team until he had completed a few more training sessions.

“On Friday, he trained the full session but it was a reduced session,” Klopp told reporters. “He has to be part of team training, it’s not about training one day with the team and then you can play football in the Premier League again.

“It looks quite promising in the moment but I cannot say more about it, to be honest. I don’t know.”

Liverpool, who sit three points above Leicester City, missed an opportunity to extend their lead on Sunday against a struggling West Bromwich Albion side that held the champions to a 1-1 draw at Anfield.

Liverpool dropped points at home for the first time this season as a result and Klopp warned his players to be cautious to avoid similar results.

“We are not happy about it, we are actually the opposite, but now it’s over,” he said.

Free agent Wilshere returns to Bournemouth to work on fitness

Wilshere had his contract at West Ham terminated during the close season after two years with the London side.

The 28-year-old joined West Ham from Arsenal on a three-year deal in 2018, hoping to resurrect his injury-plagued career but played only 19 times in all competitions as groin and ankle injuries limited his game time.

Wilshere made 28 appearances for Bournemouth when he was loaned to the south coast club in the 2016-17 season.

The former England international, who last played for his country at the 2016 European Championship, made 197 appearances for Arsenal and won the FA Cup twice.