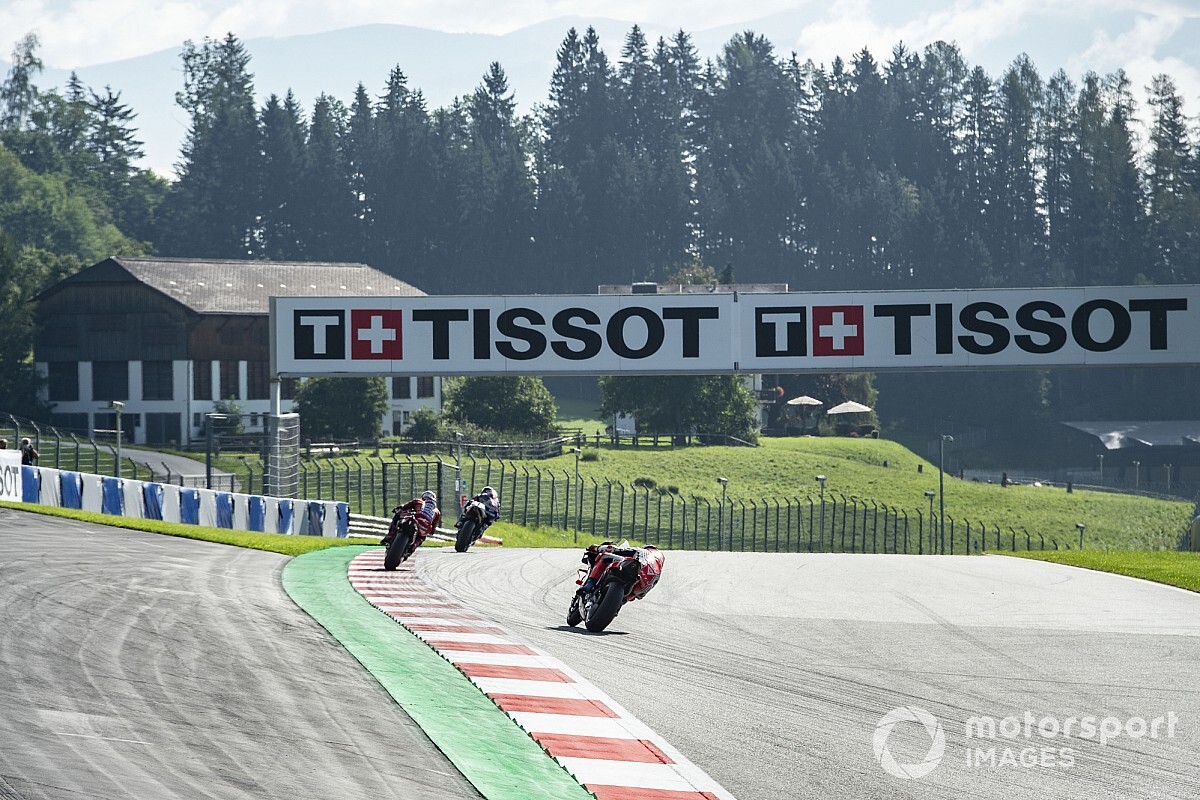 MotoGP was due to return to Finland for the first time since 1982 last year at the new purpose-built KymiRing, but was one of many rounds scrapped due to the COVID-19 pandemic.

The event made it back onto the provisional 2021 schedule on the weekend of 11-13 July, but ongoing travel restrictions in Finland has forced MotoGP to cancel the Finnish GP for a second time.

However, Finland’s place on the MotoGP calendar remains assured through to the end of 2026 after promoters Dorna Sports agreed a new five-year deal with the KymiRing to stage a race.

In its place, a second event at the Red Bull Ring in Austria has been added to take place on the weekend of 6-8 August.

The season was due to begin its summer break after the Finnish GP in mid-July, but will now finish after the Dutch TT at the end of June.

The Styrian GP made its MotoGP debut last season as part of another Austrian double-header at the beginning of the COVID-disrupted 2020 campaign.

Tech3 KTM rider Miguel Oliveira took a shock maiden victory at the Styrian GP with a last-corner overtake on the final lap.

This year’s Styrian GP will form a back-to-back double-header with the Austrian GP due to take place a week later.

MotoGP has also confirmed a deal with the local Styrian authorities has been reached to allow a limited number of fans to attend both the Styrian and Austrian GPs.

This marks the second major change to the 2021 MotoGP calendar after a second Qatar race and the Portuguese GP were added as rounds two and three to replace the delayed US and Argentine events.

Those rounds in the Americas have yet to be allocated new dates.

It is unknown yet if more changes to the calendar will be made, but the cancellation of the Australian World Superbike round for later in the year has cast some doubt over the MotoGP event owing to border restrictions in the country.

On Thursday it was announced the Italian GP at Mugello in two weeks’ time will be held behind closed doors.