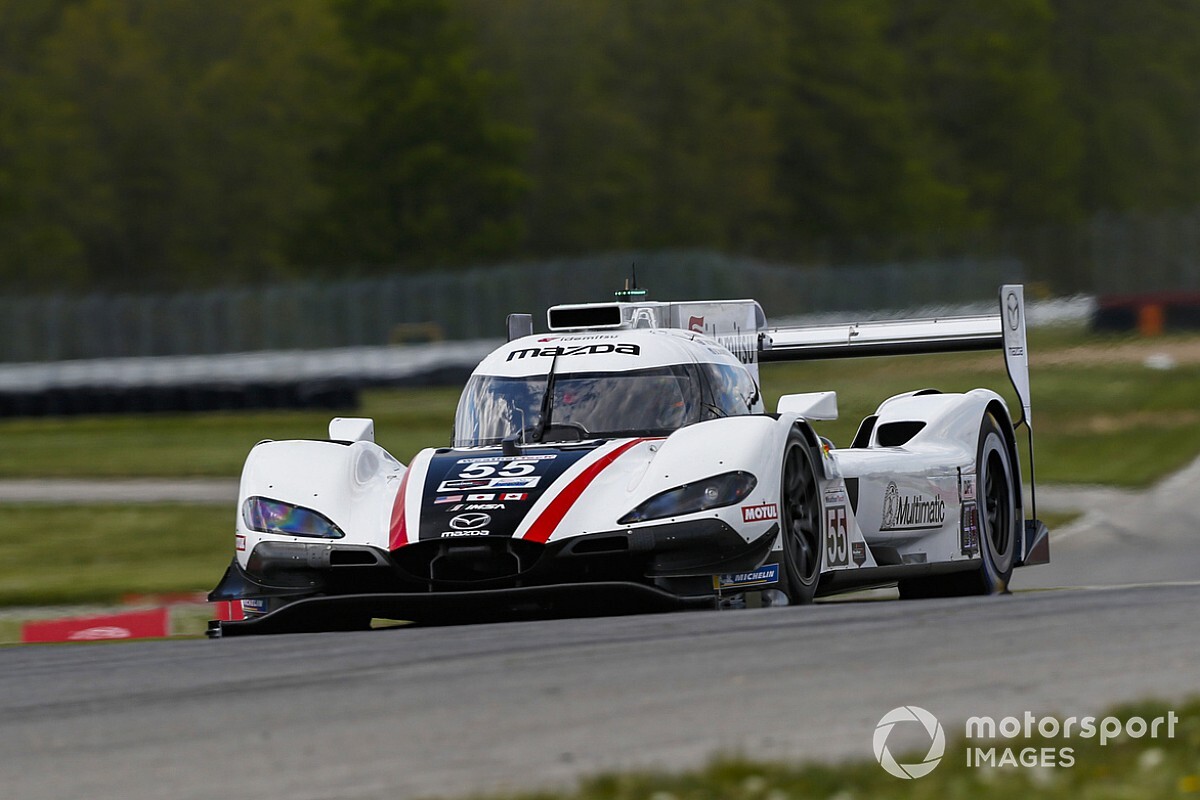 Albuquerque set the early qualifying pace around the 2.258-mile road course at 1m10.597s, which Action Express Racing’s Pipo Derani countered with a 1m10.506s in his Cadillac. Albuquerque then produced 1m10.191s, putting him almost a quarter of a second clear of Derani.

Having shown very little in the way of speed in practice, Tincknell in the sole Mazda joined the party, jumping up to second on 1m10.286s, less than a tenth off the pace. Then he lowered that to 1m10.027s to take P1 away by 0.095s.

In GTD, an epic battle for pole developed after Frankie Montecalvo set the early pace for Vasser Sullivan Lexus, initially battling Aaron Telitz in the sister car for the top spot.

Daniel Morad will start third, having lapped his Alegra Motorsports Mercedes 0.158s off the pace, ahead of Montecalvo, who fell back to fourth, and Madison Snow (Paul Miller Racing Lamborghini Huracan). Zacharie Robichon was sixth in his Pfaff Motorsports Porsche 911.

In the second session, in which points were awarded but the grid positions unaffected, IndyCar refugee Zach Veach unleashed 1m20.209s in his Lexus. But Pat Long, in the Wright Motorsports Porsche, beat him by 0.126s to gain the maximum 35 points on offer.

Monza WEC round to allow limited number of fans