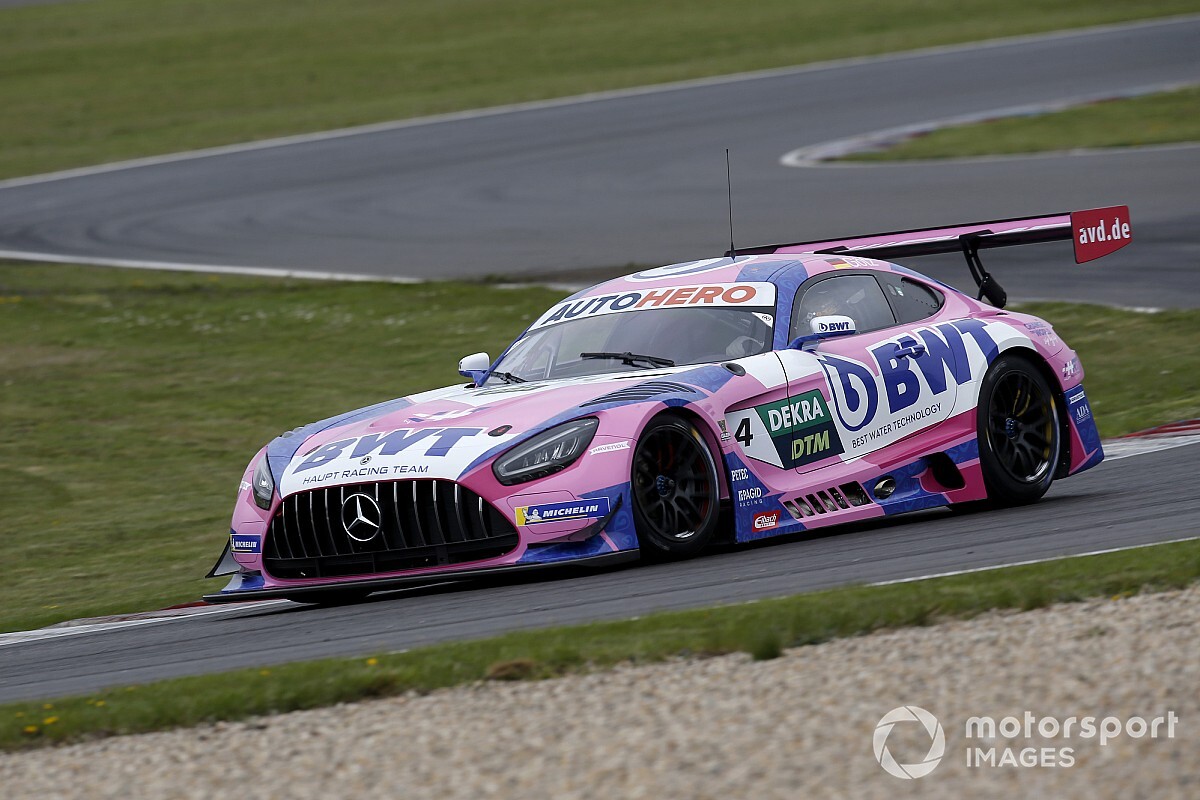 Most of the day’s quickest times were set in the two-hour afternoon session, with all but three drivers able to improve on Philip Ellis’ morning benchmark of 1m45.816s.

Arjun Maini, Gotz and two-time DTM champion Marco Wittmann all managed to overhaul Ellis in the first hour of running after the mid-day break, before Formula E racer Nick Cassidy broke the 1m45s barrier in the Red Bull-backed AF Corse Ferrari to snatch the top spot.

The Kiwi managed to gain another four tenths on his next flyer to set a lap time of 1m44.523s but he was rapidly demoted to the lower half of top 10 as times tumbled in the final hour of running.

With 10 minutes to run, Daniel Juncadella sat pretty at the top in the GruppeM Mercedes, but Haupt Racing rival Gotz managed to find a late improvement and ended the session with the chart-topping time of 1m43.840s

Juncadella settled for second with his previous 1m44.160s flyer, while morning pacesetter Ellis finished third ahead of Winward teammate Lucas Auer, who jumped to fourth with his own last-gasp attempt of 1m44.323s.

Ex-Formula 2 Arjun Maini made it an all-Mercedes top five, ending up five tenths off the pace in the sole GetSpeed entry.

The Anglo-Thai driver just edged out teammate Cassidy’s earlier effort of 1m44.523s, as the Kimi completed his first and only day of testing before traveling to Monaco to fulfill his FE commitments with Envision Virgin Racing.

Nico Muller rounded out the top 10 in the leading Team Rosberg Audi, ahead of the Walkenhorst BMW of double DTM champion Marco Wittmann.

Rowe Racing ran only a single car for BMW star Timo Glock at Lausitzring due to limited lead time in the run up to the next NLS race, with teammate Sheldon van der Linde skipping the test entirely.

Glock finished 2.5s off the pace in 14th in the afternoon, only ahead of the second Team Rosberg-entered Audi of Dev Gore.

The Lausitzring DTM test will continue till Thursday before the teams head to Monza in June for the start of the series’ new GT3 era.