Not long after winning last year’s title alongside Naoki Yamamoto for the Kunimitsu Honda squad, Makino was struck by a bout of meningitis that left him hospitalised for a month.

The 23-year-old missed the start of the SUPER GT season at Okayama and the opening two races of the Super Formula campaign at Fuji and Suzuka.

Hideki Mutoh replaced Makino alongside Yamamoto at Okayama, but for this week’s second round at Fuji – which will be run over 500km instead of the standard 300km – all three drivers will be sharing the #1 Honda NSX-GT.

While three driver line-ups are relatively common in the GT300 ranks for longer races, the Fuji round marks the first time since the 2017 Suzuka 1000km that a GT500 team has elected to run three drivers.

Speaking after setting the third-fastest time in opening practice, Makino told Motorsport.com that he expects to complete a full stint in the race based on his current condition.

“I’m feeling good, much better than before,” said the ex-Formula 2 racer. “At the beginning of the year it was really tough, but now I feel much better.

“I drove at Suzuka [in a private test] last month, but I was really struggling. But this time the G-forces [at Fuji] compared to Suzuka are easier. So now I’m feeling ok.

“I think the general car balance is good and the potential is there. It was disappointing to miss Okayama, but now I am 100 percent focussed on the rest of this season.” 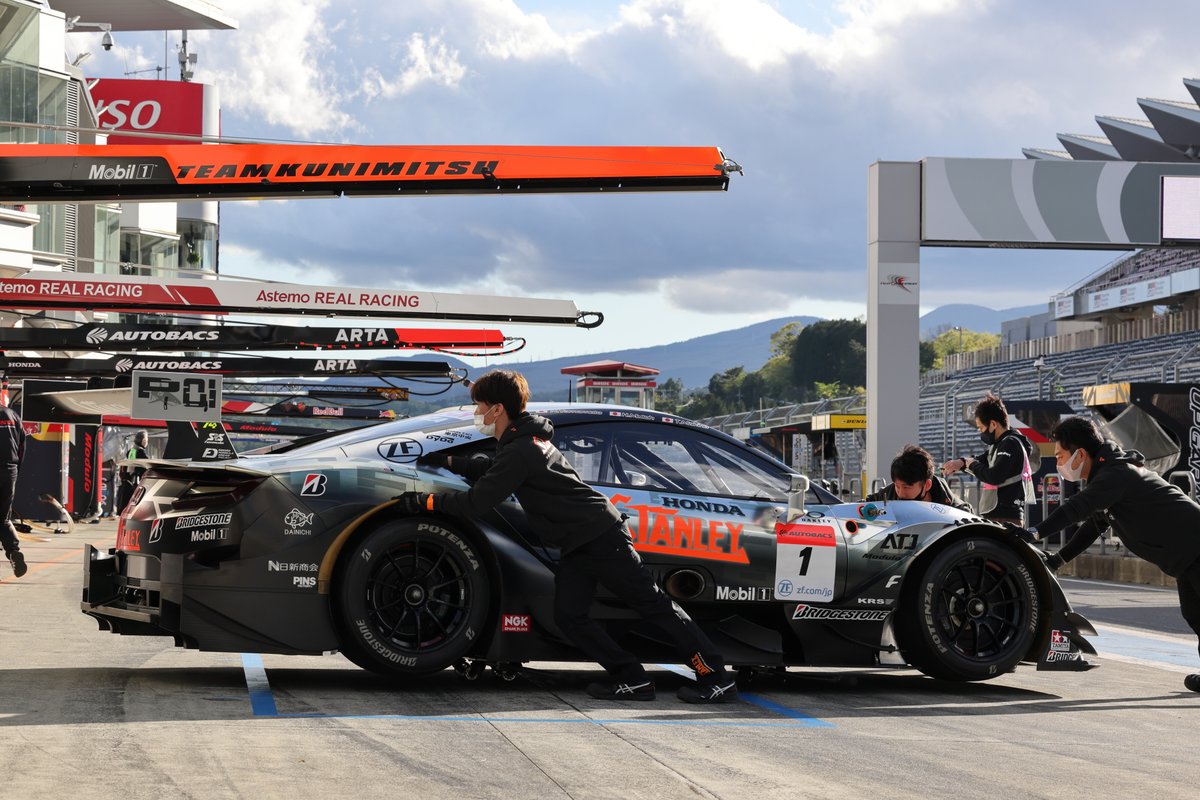 Yamamoto and Mutoh finished eighth on an Okayama weekend dominated by Toyota – GR Supras filled out the top five positions in qualifying and the top four in the race.

“It felt strange not driving ‘my’ car and not even being at the circuit [at Okayama], and just watching on TV,” admitted Makino. “It felt awkward. But now it’s important to give the best for myself, my team, and for Naoki-san.

“It looks like the Supra is really strong, especially in qualifying. They also have a strong race pace and strong in a straight line, so not such a difference compared to last year. I think this time we can fight, though.”

Makino added that he expects to return to second driver duties from this month’s third round of the season at Suzuka onwards, but he isn’t yet certain of making a Super Formula comeback next weekend at Autopolis.

Asked if he would be present at Autopolis, he replied: “I hope so, but I don’t know yet. I want to do it. Maybe we will decide after the race, but it should be ok.”

Get the critically acclaimed Xbox Wireless Headset for £85