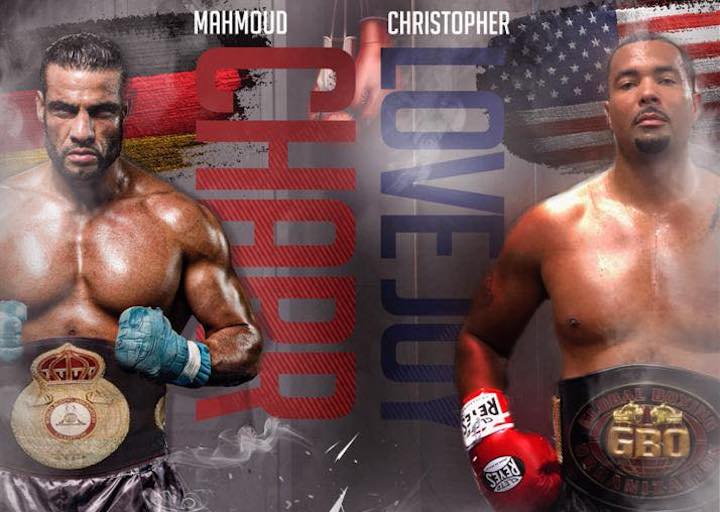 Heavyweight boxer Christopher Lovejoy, who has an exclusive promotional agreement with Hall of Fame boxing promoter Don King, nor the promoters of Saturday’s boxing card in Germany, are complying with the Cease & Desist letter they received several weeks ago.

According to media reports, Lovejoy has agreed to face the WBA champion in recess Mahmoud Charr on Saturday night in Germany.

Lovejoy filed for bankruptcy in California before departing for Germany to try to stop King from taking action on his exclusive promotional agreement in trying to stop Saturday night’s fight. And promoter Errol Ceylan is illegally promoting a fight involving a DKP exclusively promoted fighter and knowingly and willingly, tortiously interfering with King’s agreement with Lovejoy.

“Lovejoy and the German promoter are defying the law,” said King. “We have served them and justice will prevail. We will see who will be “quacking” when we get to court and the legal process decides that everything is there in black and white.”

“Lovejoy is out there popping off and feels that this fight is for the WBA championship.

The WBA hasn’t sanctioned this illegal bout and they certainly won’t do so. Trevor Bryan is the WBA champion.”

“What fighter shows up in Germany without a trainer or cut man and is totally out of shape, weighing 306 pounds. Lovejoy lacks plain common sense.”

“See you in court along with your German promoter! We’ll see who will be laughing last on Instagram.”

EC Boxing is prepared to stage another thrilling fight night in the ECB Gym in Hamburg, Germany. As of now the main event on May 15 will be Mahmoud Charr vs. Christopher Lovejoy. A couple of days ago the news broke that DKP (Don King Promotions) would threaten to take legal action in order to stop Lovejoy from taking part in this bout, since according to DKP there still is a contract between them and the undefeated American.

Erol Ceylan, CEO of EC Boxing, is disappointed in this development, but willing to go ahead with the event regardless of the outcome of this legal situation: „We are not quite sure what Don King‘s intentions are at this stage. Instead of making fights happen, he tries to sabotage them. First he‘s getting Charr stripped off his WBA belt and now this. But we are still confident that Charr and Lovejoy will meet in the ring on May 15 and are willing to settle the situation with DKP. However: we are prepared to give a different opponent the chance to take on our guy if necessary.“

There are two possible substitute opponents who are both in training right now and willing to take on Mahmoud Charr. There won‘t be any legal situation stopping them from taking part. Charr, who is now called the „Heavyweight Champion in recess“ by the World Boxing Association (WBA), is eager to return to the squared circle, after spending 3 and a half years without having a fight: „I’m in great shape! Now it’s time to get back in the ring,“ Charr states.

By Don King Promotions: Hall of Fame boxing promoter Don King has sent a Cease & Desist letter to undefeated heavyweight boxer Christopher Lovejoy, claiming he is under an exclusive promotional agreement with Don King Promotions and not permitted to enter any future fights without King’s consent.

Recent media reports have stated that Lovejoy is currently in Germany and has agreed to face the WBA champion in recess Mahmoud Charr on May 15 in Hamburg, Germany.

Trevor Bryan recently won the WBA heavyweight title after Charr disregarded the WBA and was not allowed in the United States due to Homeland Security visa denial of the Syrian.

The letter demands that Lovejoy (19-0, 19 KOs), who had previously announced his retirement from boxing, not participate in the bout with Charr or any other future bout or opponent.

“It is unconscionable, illegal, and unethical for you to participate in this May 15, 2021 bout or any bout without DKP’s expressed, written permission and consent,” the letter from King’s lawyer’s states. “Participating in any bout without DKP’s expressed written consent is … willfully breaching the Promotional Agreement and exposes those you have entered into agreement with for your services as a professional fighter to extreme legally liability, as they too are aware that you are under contract to DKP.”

The letter goes on to state, “If you have in fact signed to fight Charr as you proclaim and has been reported in these media reports, you have intentionally, willfully, and maliciously breached your exclusive, world-wide promotional agreement with DKP.”

Lovejoy, 37, lives and trains in Las Vegas. All 19 of Lovejoy’s pro fights since February of 2016 have taken place in Tijuana, Mexico.

It was just a formality. Everything Mahmoud Charr needed to enter the US and defend his WBA Heavyweight Title against American Trevor Bryan was a P1-Visa. A visa specifically created for professional athletes to compete abroad and earn money while doing so. But in order to receive this, a signed contract by Don King Productions was needed to proof that the event on January 29th was actually taking place. But still to this day DKP has not sent a signed contract, nor did they show evidence of a booked venue. In the end the US consulate in Frankfurt could not hand out the visa without documents as proof.

From the start it became crystal clear that Don King Productions were never interested in making Charr vs. Bryan happen in the first place. They never took care of visas, flights, hotel booking or the necessary medicals. In fact, it was Charr and EC Boxing trying to arrange all of these things, even though DKP were responsible as stated in the original contract. Their petition to the WBA to make Charr „Champion in recess“ and get their own fighter (Bermane Stiverne) in as a replacement only further proofs the foul play happening.

„At the end of the day we did everything we could. We just hope the WBA acts wisely now, so that Mahmoud can finally step back in the ring to defend his title“, Charr‘s promoter Erol Ceylan (EC Boxing) states.