‘King Kong’ Ortiz, 42, was at the Dignity Health Sports Park in Carson, California, ready to call out Ruiz for his next fight.

Ortiz is one of the names that has been mentioned for Ruiz’s next fight, but it’s now unclear whether his promoters at PBC will let him take on the dangerous Cuban.

The way that Ruiz was dropped hard in the second round by Arreola may give PBC second thoughts about putting him in with the experienced Cuban southpaw.

If Ruiz is struggling to beat an old warhorse like the 40-year-old Arreola, what would happen if he gets thrown into the ring with Ortiz? It could be like mealtime for the raptor-like Ortiz against a confused and disoriented Ruiz, who looks like he was painting by the number system against Arreola. 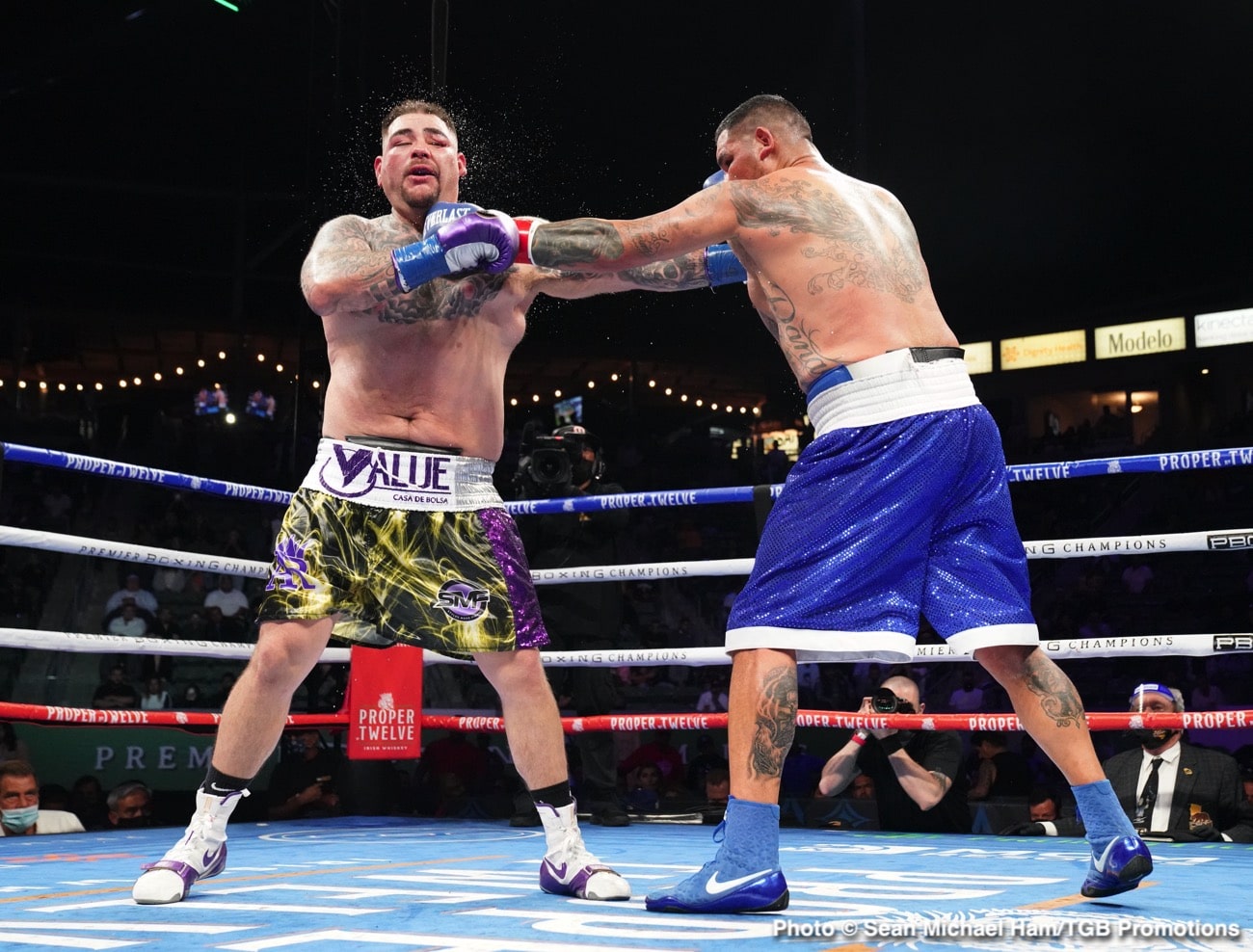 Andy is clearly not at home with the new fighting style that his trainer Eddy Reynoso has given him by trying to remake him into a heavyweight division’s version of Saul Canelo Alvarez.

Ruiz’s new fighting style is a tangled mess of confusion, and it’s only a matter of time before he gets beaten again. In fact, if Ruiz fights Ortiz next, it’s almost a given that he’ll suffer his third career defeat, which is why it’s improbable that his management will make that mistake.

They’ve got a guy in Ruiz that is valuable due to his fanbase, but utterly vulnerable.

With his original perfectly fine fighting style being polluted by his new trainer Reynoso, you can argue Ruiz isn’t even as good as the 283-lb blob that lost to Anthony Joshua in December 2019.

Even with the kind of judging that we saw last Saturday with their lopsided scoring, Ruiz may not go the 12 round distance against the talented 6’4″ Ortiz.

Ortiz surprised Arreola did so well

“The fight was good, it was really interesting,” said Luis Ortiz to Fighthype about the Ruiz vs. Arreola match last Saturday. “He [Andy Ruiz] now has the opportunity.

“I’ll wait for his decision and Kong is right here. I came to watch him [Ruiz], wished him good luck in the fight. He knows I want to fight. 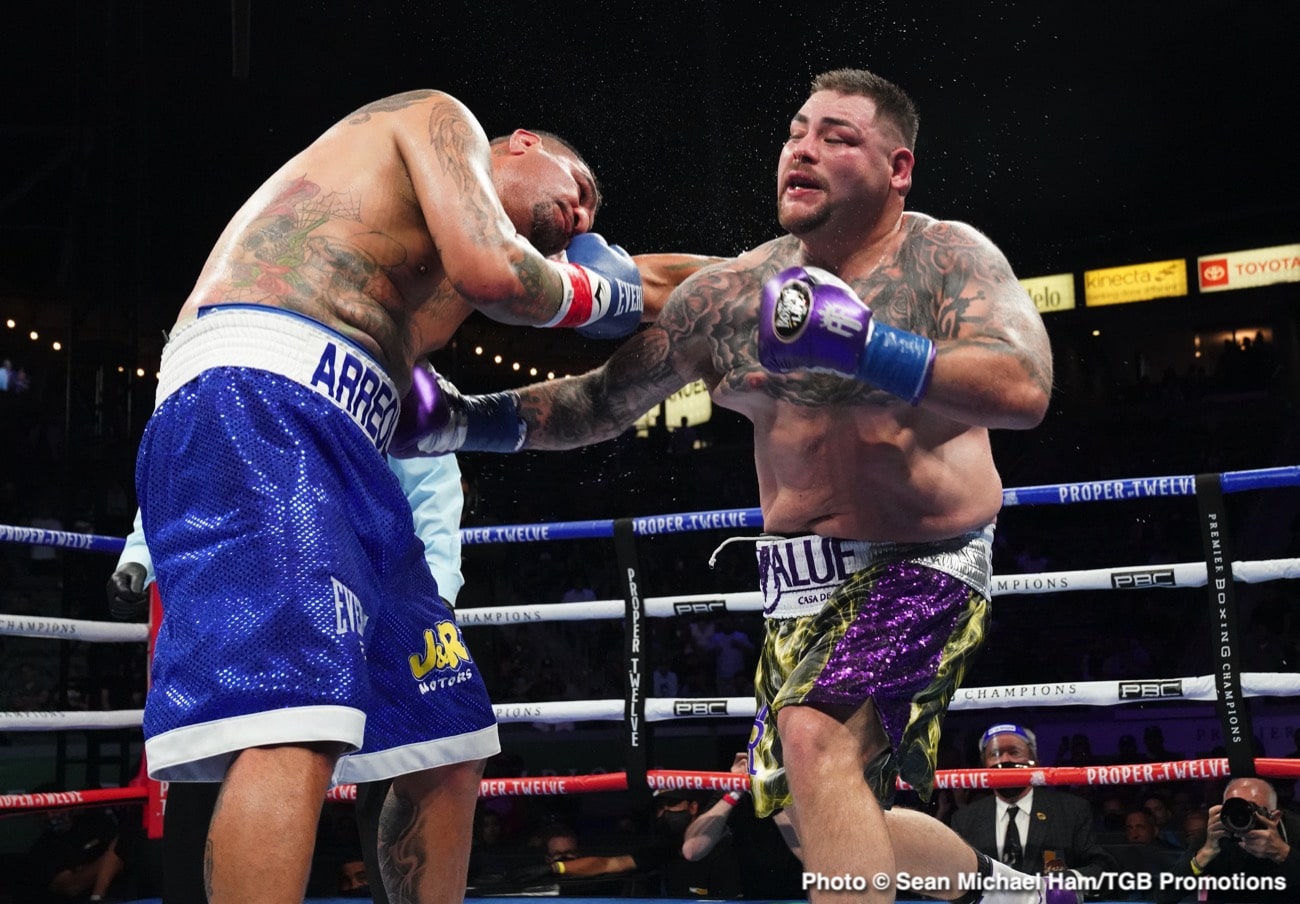 “Yes, it did a lot,” said King Kong Ortiz when asked if Chris Arreola’s performance surprise him.

“The [Ruiz vs. Arreola] fight was really close. I’m here waiting for [Ruiz] Junior. I‘ll wait, and I’ll be ready for whatever may come. I’m ready for this,” said Ortiz.

In an ideal world, Ruiz’s promoters would have faith in him and give him the green light to fight Ortiz, but that’s not likely to happen. They’re be looking at Ruiz and realize that he’ll likely get decimated by King Kong Ortiz.

The flaws that Ortiz showed in the fight won’t escape the Hawk-like eyes of King Kong, who is like a bird of prey that will have seen a weakness in Ruiz that he will exploit if given a chance to fight him.

Ortiz is coming off an impressive first-round knockout victory over Alexander Flores last November in California.

Get the critically acclaimed Xbox Wireless Headset for £85