Boxing News 24 will be giving updates below.

The undefeated Nery (31-0, 24 KOs) only recently won his WBC 122-lb title last September with a harder-than-expected 12 round unanimous decision over Aaron Alameda.

Going into that fight, it was thought that the southpaw Nery would have an easy time against Alameda, but he couldn’t do it.

Some boxing fans believe that the 5’6″ Nery’s power didn’t carry up with him when he moved up from 118, a weight class that he’d done well at. Nery, 26, won the WBC belt, but it wasn’t the type of performance that boxing fans were accustomed to seeing from him.

For his part, Figueroa looked much better at winning his last fight in stopping Damien Vazquez in the 10th round on the same card as Nery last September.

WBA super bantamweight champion Figueroa (21-0-1, 16 KOs), the brother of former WBC lightweight champion Omar Figueroa, should show us whether Nery can be a star in the 122-lb division.

The winner of the Nery – Figueroa fight will hold two belts and will be in a position to take on the IBF/WBA champ Murodjon Akhmadaliev or WBO belt holder Stephen Fulton to add a third title.

The plan is for the winner of the Nery vs. Figueroa fight to face Fulton in September. It would be more interesting for many boxing fans if the Nery – Figueroa winner would face Akhmadaliev next instead of Fulton.

The 2016 Olympic bronze medalist Akhmadaliev (9-0, 7 KOs) has looked nothing short of sensational lately with victories over Danny Roman and Ryosuke Iwasa in his last two fights. 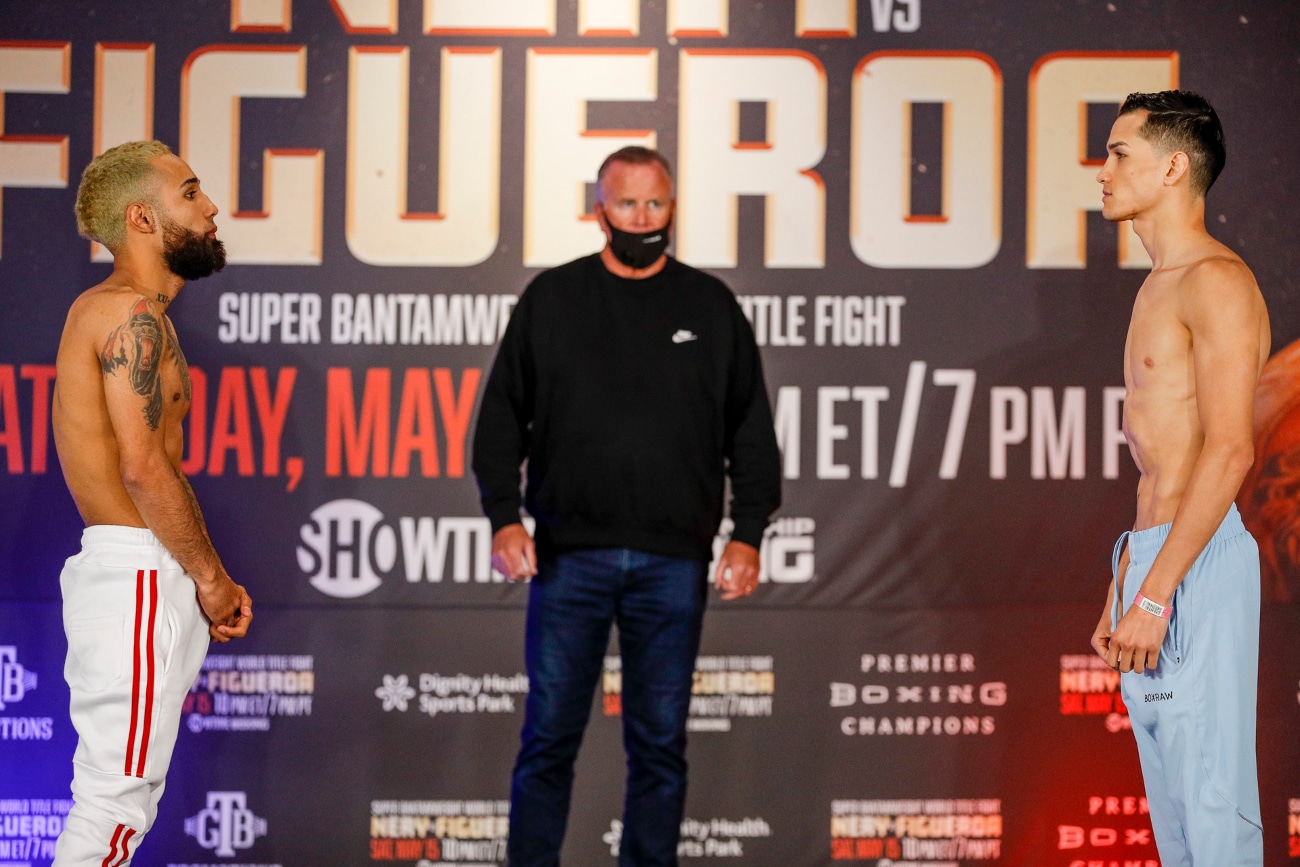