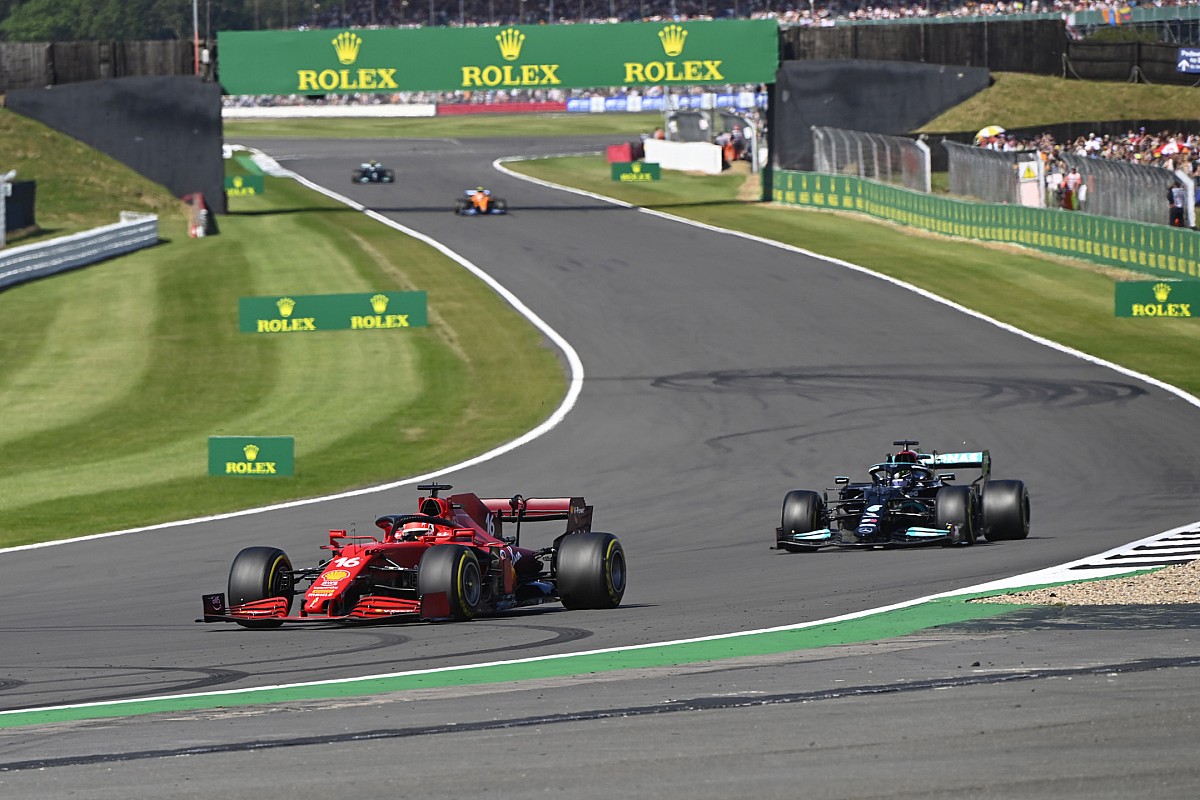 Leclerc led 49 of the 52 laps of Sunday’s British Grand Prix after moving to the front of the pack following the clash between title rivals Max Verstappen and Lewis Hamilton at Copse.

Leclerc sat as much as nine seconds clear of the pack at one point despite managing an engine issue, having seen Hamilton drop back after serving a 10-second penalty for causing the first-lap collision.

But Mercedes driver Hamilton was able to fight back and hunt Leclerc down, ultimately passing him at Copse with three laps to go to record his 99th grand prix victory.

Leclerc felt some frustration over his late defeat after coming so close to a first win since Italy 2019, and while he said the performance proved Ferrari’s strength, he did not think it was a sign of things to come through the rest of this year.

“Going into the weekend, there was absolutely no hope of fighting for a win here in Silverstone,” Leclerc said after the race.

“Now we need to keep on working, because that’s what we want to do consistently: fight for the win.

“It’s great to be fighting today with Lewis, but we shouldn’t expect to be in that position for the rest of the year. For that, we need to keep working.”

The result helped Ferrari take a bite out of McLaren’s advantage in the fight for third place in the constructors’ championship, reducing the gap to 15 points.

It marked Leclerc’s first podium finish of the season after near-misses at Imola, Spain and Baku, where he finished fourth. It was also his first podium since last year’s British Grand Prix.

Asked if he ranked it among his best podium finishes in F1, Leclerc replied: “Yeah, I was really on it every lap.

“I don’t think there is one lap where I did a big mistake. And especially in the first stint, with the problems we had with the engine, I thought my race was over

“I had quite a lot of things to do on the steering wheel, but yeah, I think we managed the situation very, very well.

“We managed to diminish these engine cuts for the rest of the race.”