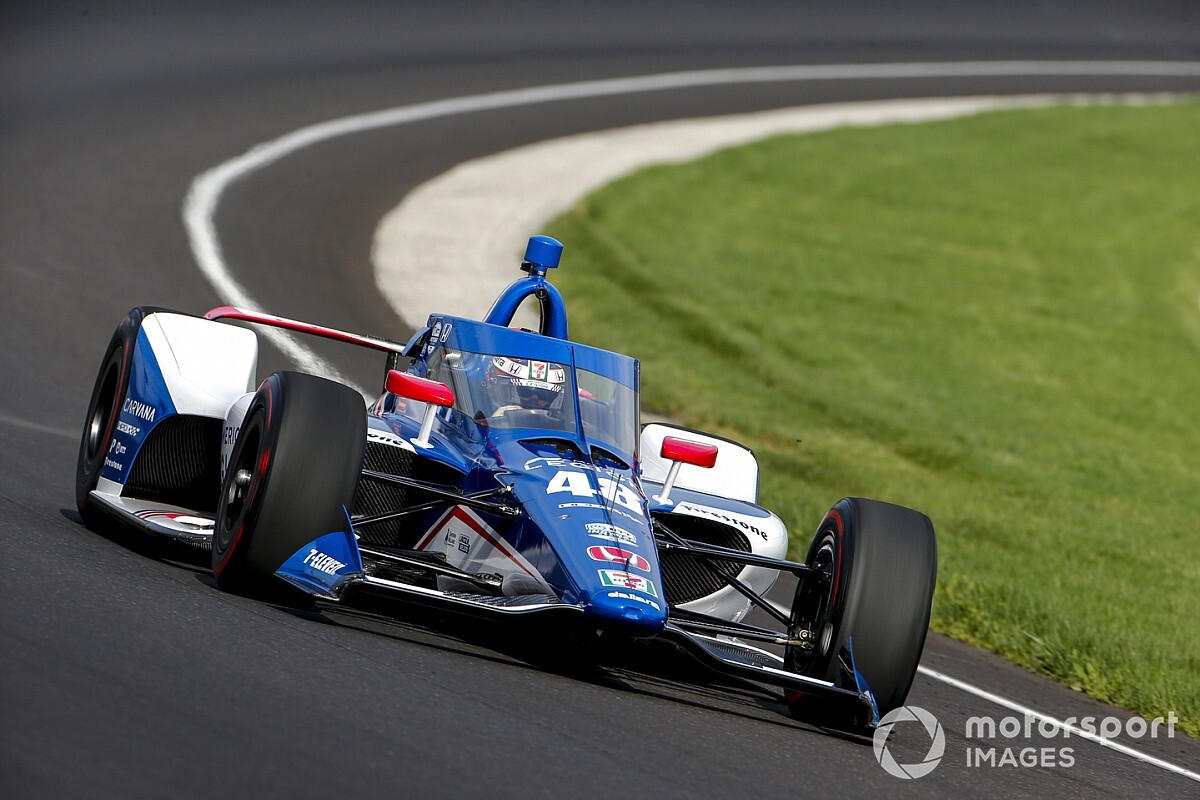 The 2004 IndyCar Series champion and 2013 Indy 500 winner takes over the #48 Chip Ganassi Racing-Honda from Jimmie Johnson for the four oval races on the 2021 NTT IndyCar Series schedule – the Genesys 300 and XPEL 375 on Saturday and Sunday at Texas Motor Speedway this weekend, the 105th running of the Indianapolis 500, and the Bommarito Automotive Group 500 at World Wide Technology Raceway (Gateway) in August.

This will be Kanaan’s second season of running an oval-only schedule, and he sees his return to Ganassi as a big opportunity to add to his tally of 17 Indy car wins.

Asked by Motorsport.com if he would be more aggressive with the burden of accruing points now lifted, Kanaan responded: “Oh, 100 percent. I think my goal is I have four races to win.

“As far as being aggressive, I’ve always been aggressive. I think the guys will know when they’re racing me that I don’t have a lot to lose.

“I’m not saying we’re going to do something silly just because of that, to take advantage of that, but I think I will be thinking of that.

“We’ve [seen] that in the past when Ed Carpenter was racing just the ovals, which he’s extremely good. He was running up front there with us. We knew, if it’s five laps to go, three laps to go, you’re going to try a move on me and I’m leading, we might not finish the race, or you’re going to let me go.

“So yes, to answer your question.”

Kanaan said with the TMS event being a double-header – he’ll run Bryant livery on Saturday and American Legion livery on Sunday – that some of his rivals may take different tactics from one race to the next.

“It’s tough, right. Race 1 is going to dictate a lot of your weekend… I think you will see some guys maybe taking it a little easier in the first race to be able to just gather some points. The way the championship is right now, I mean, there is 40 points separating P1 to P18. I think you’ll probably see a lot less crashes this year, though, as you’re throwing your championship chances away.”

For his part, Kanaan said he expected to be in the lead battles at TMS, a venue where he won in 2004, and where his teammate Scott Dixon dominated last year.

“I spent the time in the sim yesterday,” Kanaan said, “and the car felt great. I’m pretty comfortable in Texas. Look at last year. We finished in the top 10 there. It’s a track that has been pretty good to me.

“I’m going in mindful that it’s a tough series, and those guys, everybody is going to be fast. But when you have a fast car, your life becomes a lot easier. I’m 100 percent confident that I can actually be fighting for a wins this weekend.”

Kanaan, 46, said he admired the aggression he sees from IndyCar drivers half his age and less, although he admitted his default perspective has changed a little.

“When I was those kids, I was racing Bobby Rahal and Al Unser Jr. that hard,” he recalled, [and your perspective] changes from, ‘I’m going to go beat those guys,’ and you go, ‘Those kids are crazy, man, what are they doing? They can wait a little bit.’ It’s funny how that goes…

“Some of those rookies are being so aggressive and so strong, and sometimes they mess up. Look at VeeKay at the Indianapolis test. You’re like, ‘Dude, you could have waited a couple laps.’ But that’s part of the learning curve, and I love their aggression. They’re fast and aggressive…

“I will never forget my first race in Homestead and I’m racing Al [Unser] Jr for ninth. He ran high outside of Turn 3 the lap before, so… I’m setting up for a pass. Next lap I’m like, ‘OK, I’m going to go down low and pass him because he’s running the high line.’ What happens the next lap? He runs down low, I wash out and I hit the wall. I will never forget after the race he came to me. I’m like, ‘That was a good move.’ He says, ‘Oh well, you will learn, kid.’

“That’s pretty much how I feel. I mean, I think if we get down to a fight in Texas with the young kids, I think they will learn a couple more things about oval racing.”