Tick tock. The Coronavirus pandemic has changed the way wrestling works up and down the industry. There have been all kinds of issues with the whole situation but one of the biggest has been seeing the shows stuck in the same arenas for months on end with no fans in sight. That is going to change sooner or later and now we might have an idea of when things will be moving on.

According to the Wrestling Observer Newsletter, AEW currently has shows scheduled in Daily’s Place in Jacksonville, Florida through June 30, though it is possible that they could extend their stay beyond that. AEW has been in Daily’s Place since last April due to the Coronavirus pandemic travel restrictions. Jim Ross has mentioned that the company will be returning to touring at some point in July.

Neither AEW nor WWE has toured since the Coronavirus pandemic began, save for WWE presenting WrestleMania 37 in Tampa, Florida in front of over 20,000 fans on both nights. Both companies seem ready to begin touring again in the summer, though it is not clear when or where that will take place. WWE has seemingly been taking steps to get ready for such a move.

Opinion: I’m not sure when AEW will be heading back out on the road but it could be interesting to see. At the end of the day, being back in front of fans is great, but what does it look like if you are in front of a building that is 30% full? It is certainly an awesome idea, though you need to make sure that it is is going to work. That isn’t even factoring in the health side of things, as keeping the fans safe is what matters most.

It could also be interesting to see how the two companies try to get back in front of fans first. It does not mean much in the long run, but having fans there first might be seen as a small win. The fans add such an energy to the show and it would also make things feel a little more normal than they have in a very long time. As long as things are safe, it certainly seems to be a matter of time at this point.

Which promotion will get there first? How much of a difference will it make? Let us know in the comments below. 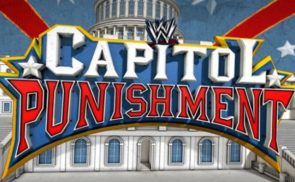