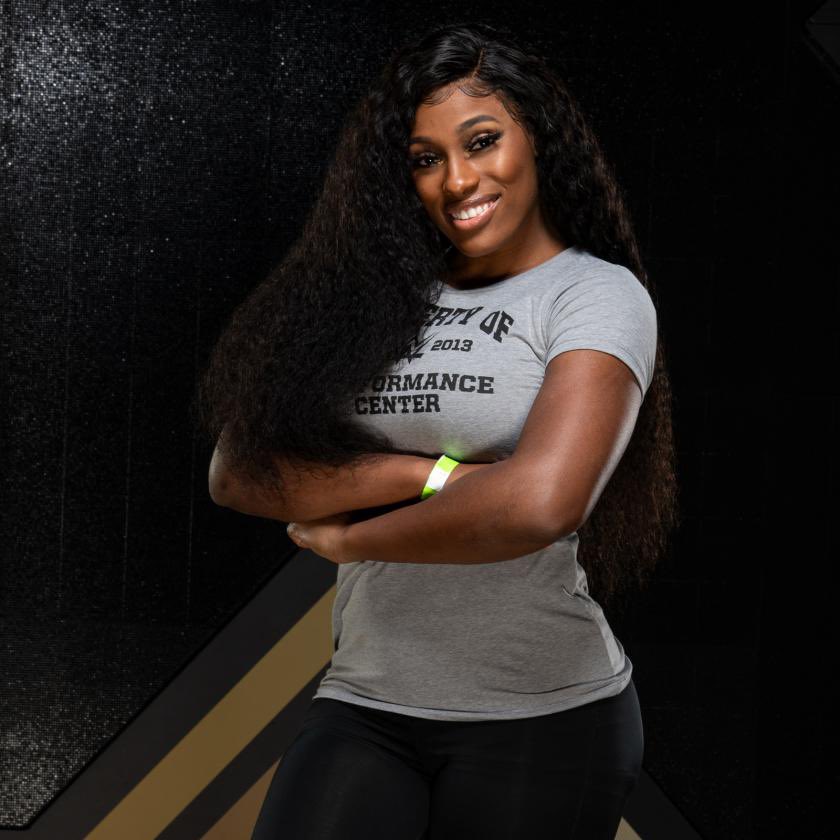 In December 2020, WWE announced a new signing class for the Performance Center. Some wrestling fans will recognize five of the six signees: Dezmond Xavier, Zachary Wentz, Alex Zayne, Sojiru “Ikemen” Higuchi, and Russ Taylor. They are all experienced workers who made names for themselves while working in smaller companies.

The sixth name is one that had never wrestled before, but was recruited for her performance in collegiate and professional basketball: Anriel Howard.

In college, she was an All-SEC first-team selection and was the second-best player on a Mississippi State team that reached the 2019 Elite Eight. She was one of the country’s best rebounders while playing at both MSU and Texas A&M.

Howard was a second-round draft pick (24th overall) in the 2019 WNBA Draft by the Seattle Storm. She appeared in three games for the Storm during their championship season that year before being released. During that time, she averaged 1.7 points per game and 1.0 rebound per game in her 6.7 minutes per game. Her being released is not an indictment of her talent, but of the roster crunch in the WNBA – the league has not expanded since 2008 and has had 12 teams since 2010. Rosters are limited to 12 players, which contributes to the fact that it’s fairly rare for players drafted outside the first round to stick around the league.

For those that are familiar with the NBA, players who were drafted 24th overall fairly recently include Reggie Jackson, Tyus Jones, Timothe Luwawu-Cabarrot, and Anfernee Simons. Imagine the athleticism that they could bring to the ring and you can see how they would be elite prospects in wrestling immediately.

Anriel Howard most likely signed a minimum contract as a rookie. Per the WNBA CBA that was in effect at the time, the minimum salary for a rookie was $41,965. This amount would have been prorated for the number of games played. If she had played overseas, she likely would have made more money – this article cites maximum salaries of $325,000 in Russia and $600,000 in China for 2019. Howard would not have been earning that much overseas as a rookie, but she would have certainly earned more than she would have even from a full season on a WNBA roster. Of course, this would require Howard to play year-round, giving up the ability to stay at home after the season ends.

WWE signing a female athlete of this caliber is a potential coup. Howard is almost certainly the most accomplished female athlete that WWE has signed, and one of the most accomplished regardless of gender, in terms of what she accomplished prior to entering wrestling. Mace is possibly the most accomplished male athlete in WWE history when it comes to team sports (ignoring one-offs like Lawrence Taylor), as a third-round draft pick under his real name of Brennan Williams in the 2013 NFL Draft. A knee microfracture derailed his career there. Baron Corbin and Mojo Rawley both bounced around the NFL on practice squads and in training camps. Of course, plenty of accomplished amateur wrestlers and professional MMA fighters have worked in WWE as well.

The WWE has fairly disappointing results when it has come to training non-wrestlers who have joined their Performance Center in Orlando. Amongst the men, Baron Corbin is the most accomplished to date – he’s a heel who has occasionally been slotted in the main event scene, but is mostly in the midcard. While he has had relatively few great matches in the company, his spot is much more secure than Mace’s is or Rawley’s was. Stacey Ervin Jr. was an accomplished collegiate gymnast who was talked about as a promising project, but he walked away from WWE, reportedly after an injury scare from taking a bad bump.

On the women’s side, there are two success stories that WWE should happily point to.

Alexa Bliss was a fitness competitor prior to signing with WWE in 2013. She has since become one of their most popular female wrestlers, with two tag team championships and five singles championships on the main roster. Bianca Belair was an All-American hurdler who also competed in CrossFit competitions. She signed with WWE in 2016. She won the main event of the first night of WrestleMania 37 a month ago, where she picked up her first championship.

The low pay of women athletes in professional sports, regardless of which field they’re competing in, is an opportunity for wrestling companies to take advantage of. With women being positioned as legitimate competitors rather than a T&A sideshow, their utility and drawing ability are greater today in the United States than ever before, and the importance of athleticism is higher than ever. Not everyone will be a success, of course, but this is a low-risk, high-reward scenario for wrestling promotions, and one that WWE should continue to exploit and AEW should begin exploring immediately, if they aren’t already. Finding athletes like Howard and offering them a contract with a $100,000 annual salary guaranteed for one year and with an option for an additional year or two could lead to more Bianca Belairs in the future.