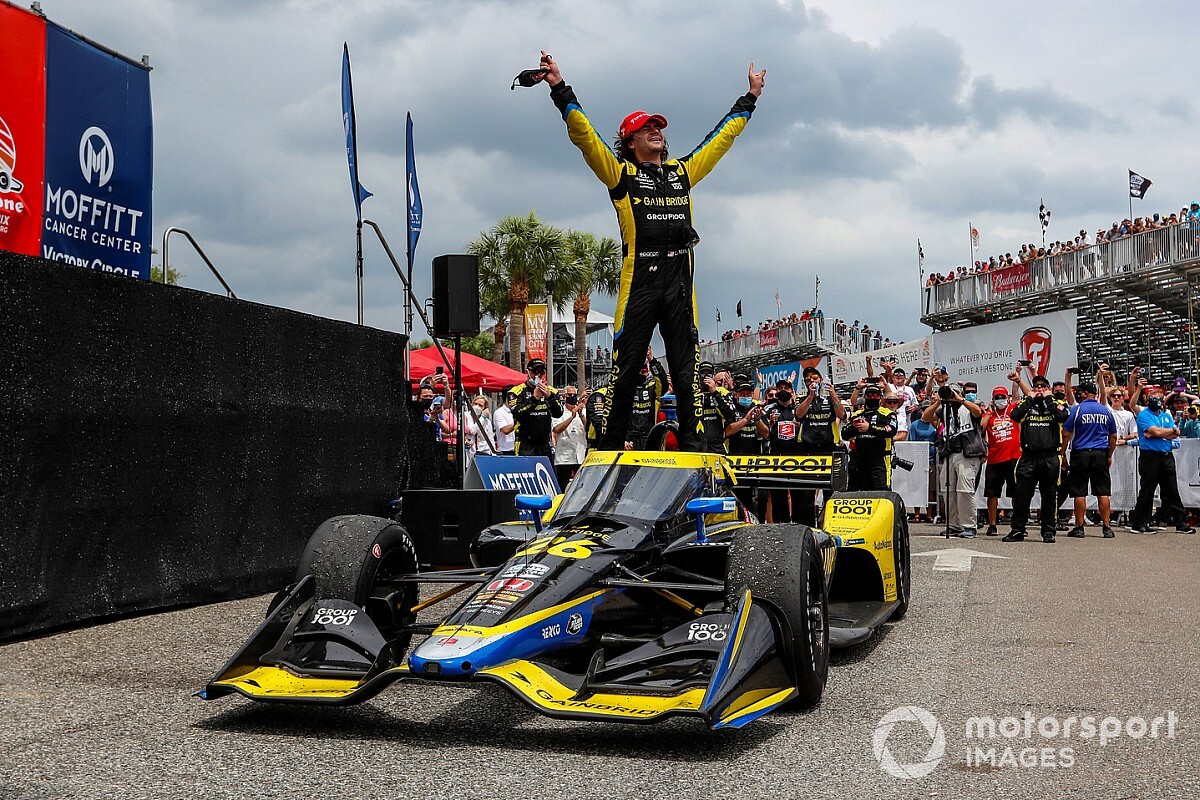 Herta, who took over the #26 Gainbridge entry for this season, dominated the season’s second round, at St. Petersburg, to score his fourth IndyCar win. Last year, only his second in the series, Herta was the team’s only winner, leading an Andretti Autosport 1-2-3 at Mid-Ohio, and he went on to finish third in the championship.

“We’re excited to officially welcome Gainbridge and Colton Herta back to the Andretti Autosport family for years to come,” said Michael Andretti, chairman and CEO of Andretti Autosport. “Colton has already shown so much potential in the short time he’s been in the series and having a great partner like Gainbridge recognize and support that potential is great for everyone.

“If the start to the 2021 season is any indication of the future success for the #26 car’s program, I think we have a lot to look forward to over the next few years.”
This marks the fourth year of sponsorship for Group1001 under the Gainbridge brand, and a fifth season overall. Gainbridge is described as a “digital platform providing simple and direct access to trusted financial products.”

Herta, who has landed five IndyCar poles as well as four wins, and has led 350 laps across his 36 races in the series, said: “I’m incredibly happy to be back with Andretti Autosport for the next two years. I’ve grown so much with this team, so it was a no-brainer when I got the chance to re-sign with Michael.

“With the support of Dan Towriss and Gainbridge, there’s no doubt in my mind that we’ll be threats everywhere we go.”

Next post Google Says Everything At Stadia Is Fine, As The Water Reaches Their Noses