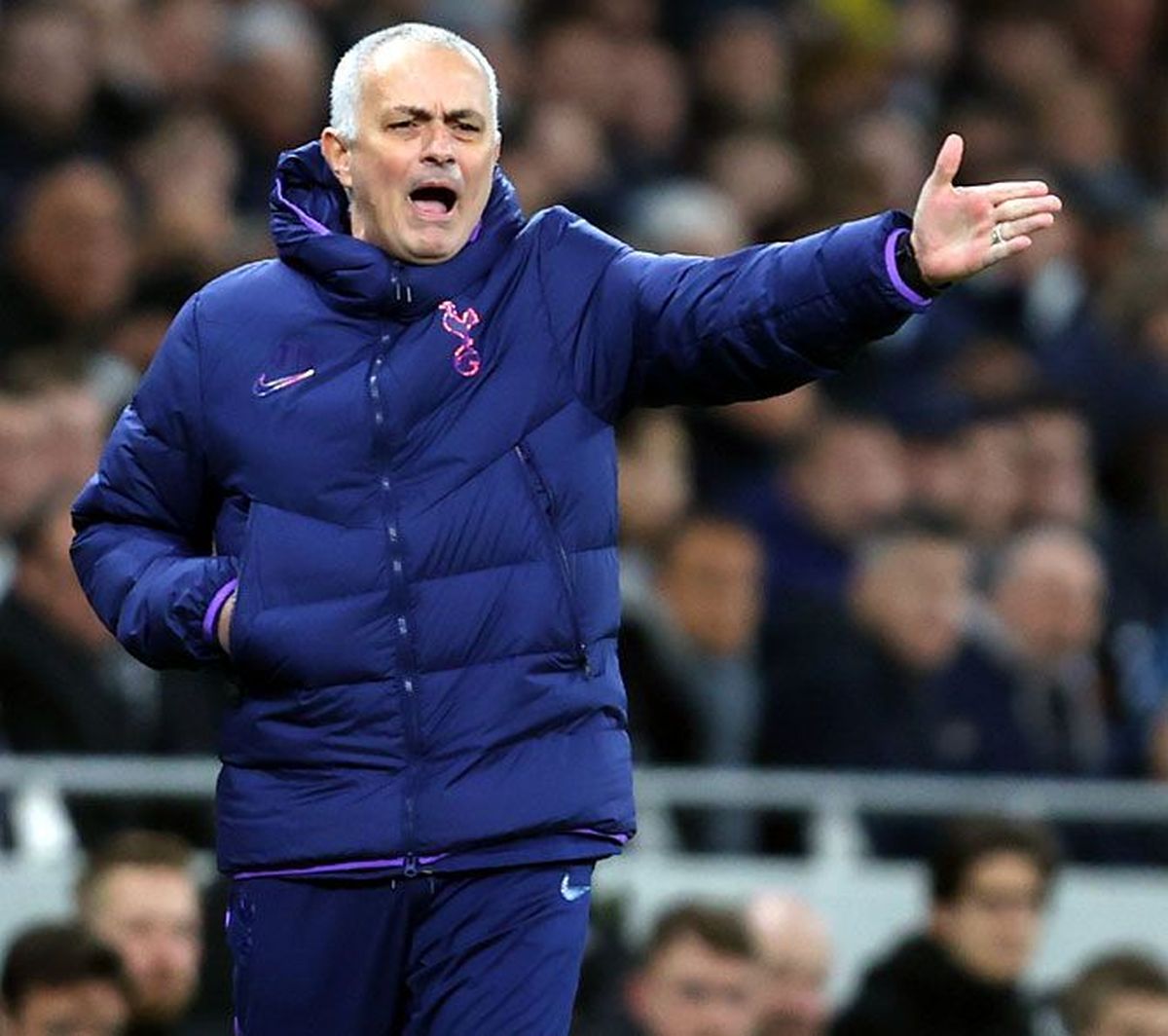 IMAGE: Hours before the game, Spurs boss Jose Mourinho said he was still in the dark regarding the status of the match. Photograph: Rafael Marchante/Reuters

Fulham’s Premier League match at Tottenham Hotspur that was scheduled to kick off at 1800 GMT on Wednesday has been postponed due to a COVID-19 outbreak at the West London club, the league said.

The match is the third in the English top flight to be postponed due to COVID-19 cases after Newcastle United’s trip to Aston Villa earlier this month was called off, as was Monday’s match between Everton and Manchester City.

“Fulham lodged a request with the Premier League Board to rearrange the fixture following a significant rise in positive COVID-19 cases, as well as a number of players showing symptoms today,” the league said in a statement https://www.premierleague.com/news/1960098.

“The Premier League Board has consulted its medical advisors and the decision to postpone the game has been taken as a precaution and with the health of players and staff as the priority. The group will now be retested immediately.”

The league said the fixture would be rearranged but did not give a new date.

Fulham said a number of players and members of the first team staff had returned positive tests and were now self-isolating.

Both Newcastle and City reported COVID-19 outbreaks at their clubs which had also forced them to lodge requests with the Premier League.

Four hours before the game was scheduled to kick off, Spurs boss Jose Mourinho said he was still in the dark regarding the status of the match.

“Match at 6 pm … We still don’t know if we play. Best league in the world,” he wrote on Instagram.

On Tuesday, the Premier League said 18 individuals had tested positive for the new coronavirus, the most in a week this season, with bottom side Sheffield United also reporting a number of fresh cases in their camp.

However, the Blades’ match at Burnley on Tuesday went ahead with only the players testing positive going into self-isolation.

Fulham boss Scott Parker was forced to work from home over the weekend when they played Southampton as he was self-isolating following a positive COVID-19 test in his household.

Parker was set to return to the dugout on Wednesday after a negative test at the weekend.

Despite the league’s rising number of COVID-19 cases — 131 individuals in 17 rounds of testing this season — the league added it was confident its protocols would enable fixtures to be played as scheduled.

There have been calls for a temporary halt to the season even as the league looks to complete its fixtures in the festive period — traditionally the busiest time of the year — but opinion is split among managers.

However, Manchester United boss Ole Gunnar Solskjaer said he did not see the benefits of a break with fixtures piling up amid a packed schedule of league and cup competitions.

Liverpool and Everton will have to host home games behind closed doors again after the Liverpool City Region was placed into Tier 3 of Britain’s COVID-19 restrictions on Wednesday, both Premier League clubs said.

While league leaders Liverpool play their next three games on the road, including an FA Cup tie at Aston Villa, the club said their next game at Anfield against title rivals Manchester United on January 17 will now be held without spectators.

Everton will not be allowed to welcome fans on Friday when they host West Ham United, while their FA Cup third-round tie with Rotherham United on Jan. 9 will also be behind closed doors.

Both Merseyside clubs were among the few top-flight teams that were allowed to welcome back 2,000 fans earlier this month after they fell into areas initially classified as Tier 2 or high alert regions when a month-long national lockdown was lifted.

But the British government said on Wednesday that the Liverpool City Region would move up to Tier 3 from 0001 GMT on Thursday as a new variant of the virus is spreading across the country.

Under Tier 3 restrictions, all professional sporting events will be played behind closed doors until further notice.

Man City return to training after COVID-19 outbreak at club

Manchester City’s first team squad will return to training on Wednesday after a COVID-19 outbreak forced them to close their facilities and postpone Monday’s match at Everton, the Premier League club said.

“The full COVID-19 bubble underwent testing yesterday, and results have so far revealed no new positive cases,” City said in a statement.

“The first team training buildings have undergone a deep clean over the past 48 hours, and the majority of these facilities will remain closed, with only essential operations around training resuming.”

City’s next game is at Chelsea on Sunday and the club said the bubble will undergo further testing this week with the results dictating their next steps.

Everton yet to receive clarification after City game postponed: Ancelotti

Everton have not yet received a clarification from the Premier League fully explaining the reasons why Monday’s match against Manchester City was called off, manager Carlo Ancelotti said on Wednesday.

The Premier League agreed to rearrange the game as a precaution after City lodged a request when fresh COVID-19 cases were detected in their squad but Everton asked for a “full disclosure” regarding the outbreak.

Premier League rules state that a game cannot be postponed unless a team has fewer than 14 players available. Monday’s match was set to be played in front of 2,000 fans at Goodison Park.

“We didn’t receive full information from the Premier League on the postponement but we expect it soon,” Ancelotti told reporters ahead of Friday’s match against West Ham United.

“We were at the hotel but it doesn’t matter if it’s early, it doesn’t change the situation, which was quite clear. We move forward.

“The fact that we didn’t play against City, we can have fresh legs against West Ham. It can be an advantage, I hope that we’re ready.”

The rising number of COVID-19 cases in the country was also reflected in Premier League testing when the top flight recorded 18 positive tests — the most in a week this season.

West Bromwich Albion manager Sam Allardyce called for a temporary halt to the season and Ancelotti made a plea to the public, urging them to follow the protocols put in place to curb the spread of the virus.

“We have to take care of this… I think not all the people are following the protocols, wearing masks and social distancing,” he added.

Ancelotti said Richarlison was fit again following a concussion in the League Cup last week but midfielder James Rodriguez will only return in the new year.

“For James, we have to look day by day. Unfortunately, he’s not ready yet,” Ancelotti said. “It’s taking a little bit longer, so I hope that for the next game (against Rotherham United in the FA Cup), he’ll be ready.”