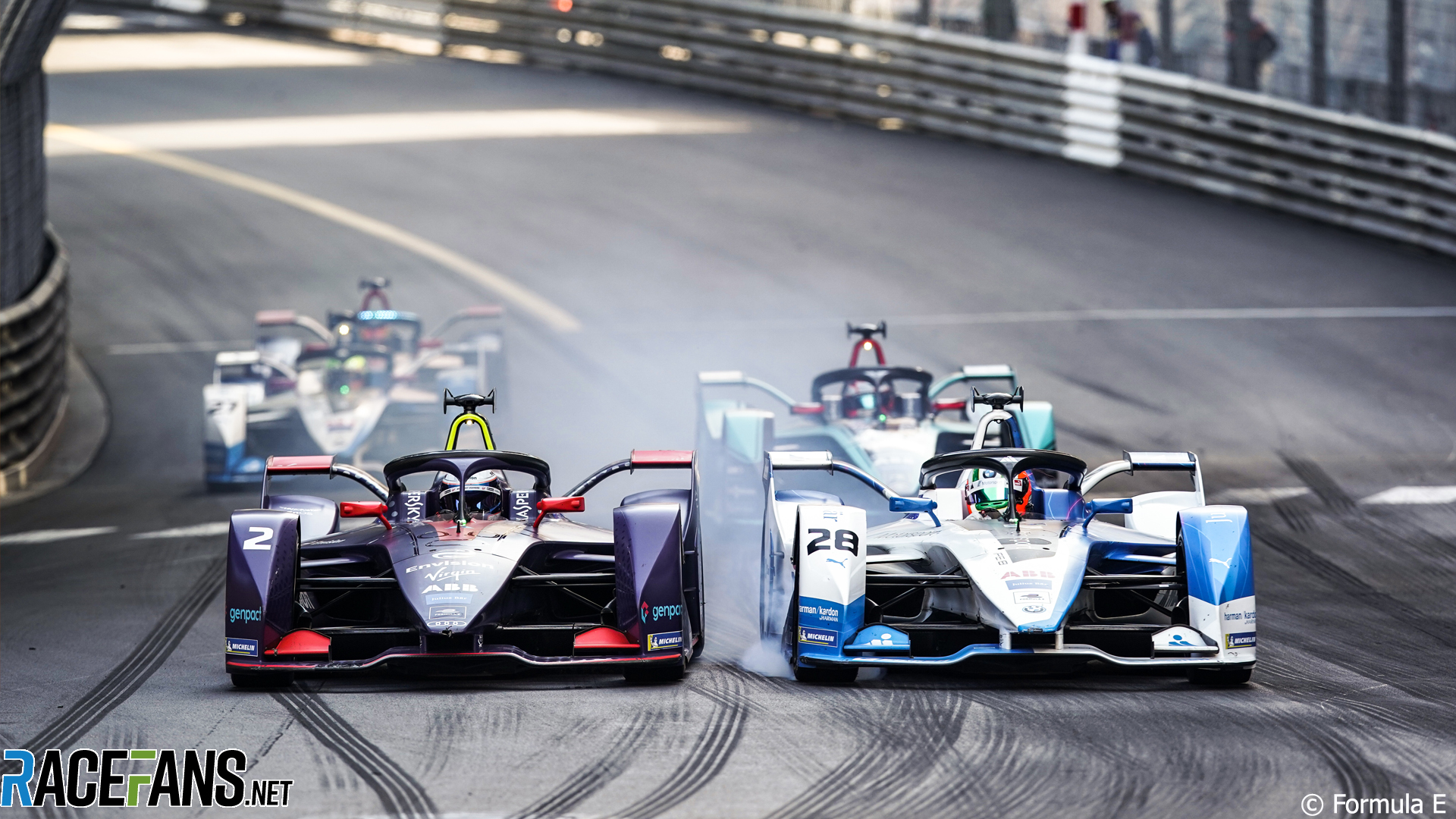 In the round-up: Lucas di Grassi says Monaco’s grand prix circuit, which Formula E will race on in full for the first time this year, is much more suited to the electric category than F1.

Formula E will have more overtakes than F1 at Monaco

Monaco’s tendency to produce processional racing in Formula 1 will be in sharp contrast to Formula E’s action there, Formula E champion Lucas di Grassi believes, as the all-electric series moves to use the full grand prix layout.

“I think the Monaco track is much more suited to Formula E, to our type of racing,” he said. “It’s really, really good to have to have the long track and it will be possible to overtake.

“To see the car in different conditions, in terms of driving it’s much nicer with the upper parts of the track, also the downhill and the hairpin and the tunnel part so we can have such iconic pictures, we can take iconic memories. I haven’t driven there since F1, so that is going to be interesting to go back and revisit that.

“We’re going to have much more overtakes than F1. For them it’s impossible to overtake there. Although the car is much faster, the circuit is too short and it’s not made for their type of car.

“But with Formula E, you’re going to have a lot of overtakes, a lot of action. It’s going to be a very entertaining race for all the public and to bring down the street racing.”

Pierre Gasly says F1’s shorter Friday practice sessions has not prevented the teams from testing everything they need to.

“After two races, we are now used to only having an hour for each free practice session,” he said. “It hasn’t changed our work programme, but it does mean the track is busier with more cars out at the same time, so there is a bit more action and you spend less time waiting in the garage.

“I quite like it, as the sessions are more intense.”

“Dad has been conscious for some time now, for some months now. Gradually his condition is improving.”

“Trident have announced that promising Dutch driver Bent Viscaal will drive for the team for the remainder of the 2021 campaign. The 21-year-old experienced a positive debut on the opening weekend of the Formula 2 season, which was held in Bahrain at the end of March, but had previously only been confirmed for Round 1.”

“Wolff was implying Russell, as a Mercedes junior driver, should not have been thinking about his duty to Williams but the ‘greater good’, the ‘global perspective’. By that he evidently meant the interests of his paymasters in Germany.”

” Since 2016, the venue has been powering its facilities and events using solar power, with five Electric Solar Power plants spread around the 21.500m2 complex, which alongside the racetrack boasts a 5-star hotel, the Kartódromo and off-road track. The five plants, which house around 25,000 solar panels, produce 5.7 Mega Watts of energy, enough to power 2,500 apartments per year.”

“Ask Grosjean if he feels like a race driver again since coming to IndyCar. F1 is great for about six drivers, but Colton is the face and future of IndyCar for the next 20 years and I’d hate to see him get lost in the shuffle over there.”

“The Friday and Saturday crowds at Silverstone are arguably the largest on the F1 calendar and, following the live events drought of 2020, this year will be no exception. Given we have very nearly sold out of tickets for Sunday, Saturday now represents a great opportunity for fans to see a Formula 1 race at Silverstone this summer.”

“Confidence is high within the team, which is unshaken by the bad luck of the opening races. The swings of fortune are bound to favour us soon, and with them should come the just rewards for our improved form.”

We always endeavour to credit original sources. If you have a tip for a link relating to single-seater motorsport to feature in the next RaceFans round-up please send it in via the contact form.