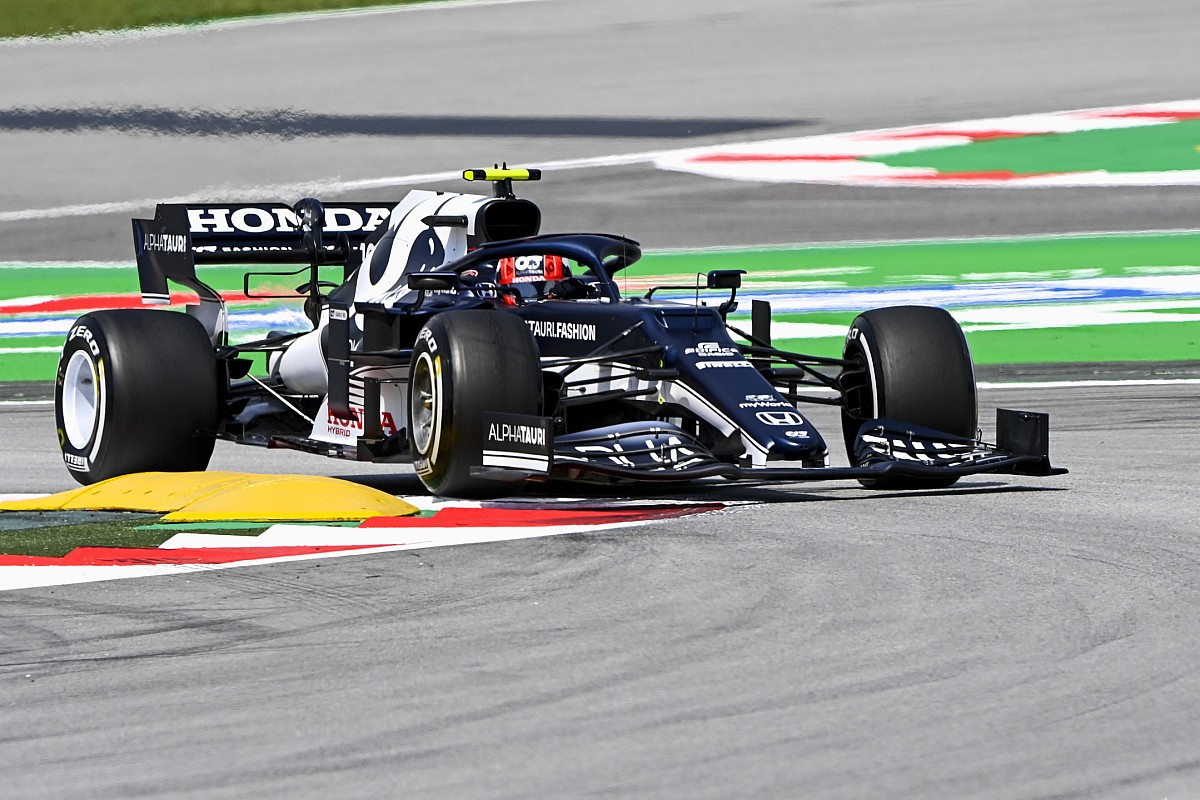 F1 raced on a tweaked layout of the track on the outskirts of Barcelona for the first time last weekend after Turn 10 was reprofiled in a bid to improve overtaking and make the corner faster.

But drivers remained more critical about the Turn 14-15 chicane in the final sector, which was introduced in 2007 and has long been a point of contention.

A number of drivers have called for a return to the two sweeping right-hand corners that were previously used, leading the drivers back onto the main straight instead of slowing speeds down.

Sebastian Vettel said ahead of the race weekend that one way to solve the lack of overtaking in Spain would be “to bring back the last two corners”, and that he had “hopes for the future” that the layout would return.

FIA race director Michael Masi explained after the race that a return to the old layout in the final sector has been considered as part of the governing body’s continuous reviews of circuits.

But he warned that it was not a snap decision that could be made, accounting for a number of considerations including track safety.

“It’s something that we’ve been looking at for a little while,” Masi said. “It’s obviously not an overnight change that can be done, and having a look at all of the implications and unintended consequences that may come about.

“Like all of our circuits and different corners and everything, we work together with the teams, the drivers and F1 in ensuring we’ve got the safest venue, but also something that promotes good racing.”

The Spanish Grand Prix has gained a reputation for a lack of overtaking and on-track action in recent years, often relying on different strategies to spice up the race.

Home driver Fernando Alonso said after the race that the changes to Turn 10 had done little to improve the situation, but suggested that the DRS zone in the final sector could be extended.

“I confirmed the feelings that I had about Turn 10, it changed not much for the overtaking possibilities,” Alonso said after the race.

“I think it’s a very similar corner for that aspect, from the old Turn 10. I think it’s more fun to drive, because it’s faster, and you can carry more speed into the corners. That was a positive thing.

“But in terms of overtaking, it was not a game-changer. To improve, it’s difficult to know. Maybe a little bit extra DRS, right after the last chicane, maybe being able to open the DRS is a possibility for the future, I don’t know.

“Barcelona is always going to be tough for overtaking.”

Next post History Has Been Made! Title Change Takes Place On SmackDown