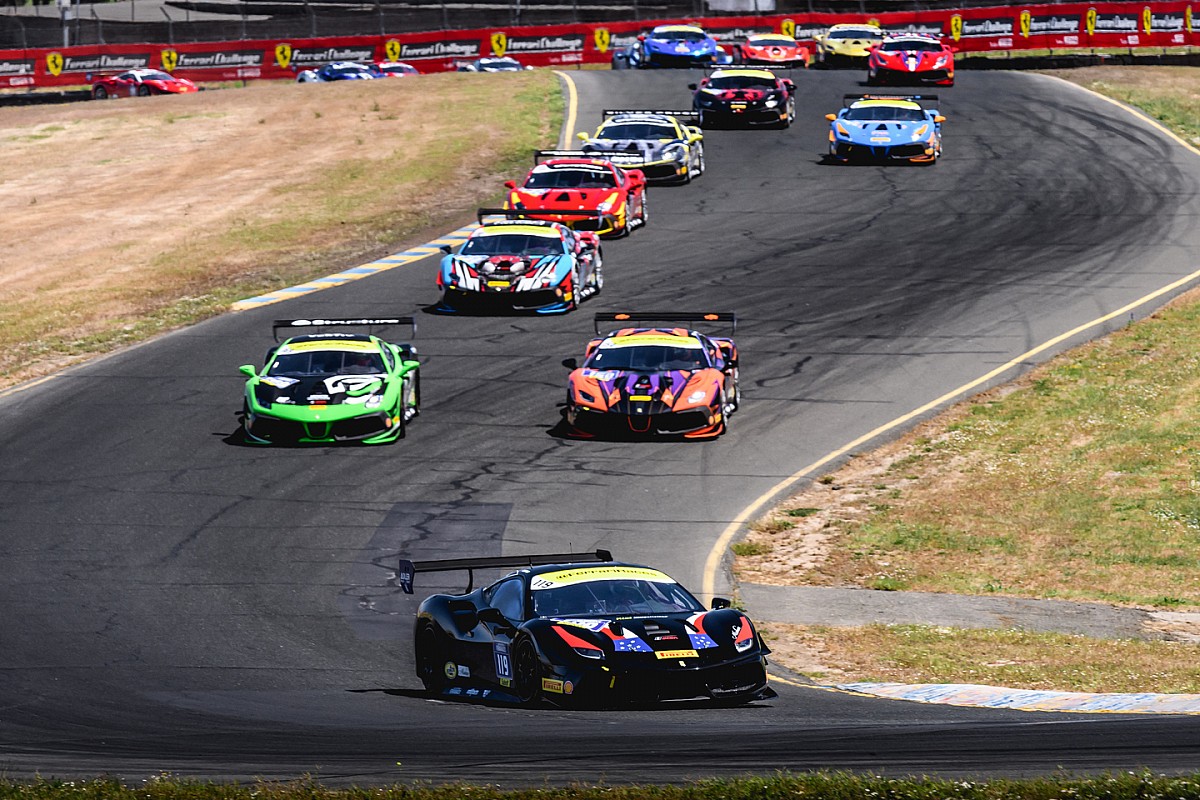 Racing into the Night

With temperatures following the usual trends for South Florida in early June, the Challenge series has elected to adopt a slightly unorthodox schedule for the weekend’s activities.  A testing session will proceed the official activities on Wednesday where drivers will enjoy 8 hours of track time, followed on Thursday by official practice sessions.  Friday will see a schedule shift as the championship will have qualifying sessions begin at 2:00 p.m. (all times ET) and racing action set to start at 7:05 p.m.  Saturday will see a more traditional schedule for the second qualifying and racing sessions, with qualifying beginning at 11:10 a.m. and racing action at 1:25 p.m.  All qualifying and race sessions will continue to be live-streamed on live.ferrari.com.

A Special Visit on Sunday

While the official Challenge activities will conclude at the end of the second race on Saturday, the drivers of the Ferrari Challenge will have the option to attend a special event and track day experience at The Concours Club.  A partner of Ferrari Challenge in North America, The Concours Club is a membership-only automotive country club, located within minutes of downtown Miami.  Drivers will enjoy a private reception on Saturday evening followed by enjoying the new facility with a lapping day on Sunday in their Ferrari 488 Challenge Evo race cars that will be easily transported between the two facilities.

As the championship marches towards its half-way mark, championship battles have started to gain clarity and definition.  While Trofeo Pirelli is a run-away for Cooper MacNeil (Ferrari of Westlake), the Trofeo Pirelli AM1 category seems to be set for an immense duel between category newcomer Jason McCarthy (Wide World Ferrari) and Martin Burrowes (Ferrari of Ft. Lauderdale).  McCarthy joined the category after his performance in round 2 at Sonoma, and by taking the points from his four consecutive wins forward, he leapt Martin Burrowes in the standings.  At Watkins Glen, McCarthy continued his show of form with pole position, fastest lap and the race win, but in race 2, Burrowes took the top spot, and now trails McCarthy by just eight points with plenty of time remaining in the season.

Trofeo Pirelli AM2 represents the tightest championship battle of the 2021 season thus far.  Now that McCarthy is in AM1, Brian Davis (Ferrari of Palm Beach) sits atop the championship with 60 points.  But Keysin Chen (Ferrari of Beverly Hills) had a perfect weekend at Watkins Glen in only his third ever round of racing, with pole position, fastest lap and the race win on both Saturday and Sunday.  That sent him surging up the standings, passing Brad Horstmann (Foreign Cars Italia) for second and only trailing Davis by three points.

In Coppa Shell, Dave Musial Jr. (Ferrari of Lake Forest) is enjoying the view from the top, leading Todd Coleman (Ferrari of Denver) by four points and the rest of the ensuing pack by over 20.  Musial Jr. benefitted from an incident that took Coleman out of the first race at Watkins Glen, so certainly that battle will be one to keep an eye on as the season progresses.  In Coppa Shell AM, Lance Cawley (Ferrari of Atlanta) leads the rankings by just a single point.  Despite never having own a race in the season thus far, Lance has stood on the podium five times out of six chances and thus leads Franck Ruimy (Ferrari of Beverly Hills), with Roy Carroll (Foreign Cars Italia) a further nine points back.

The powerhouse squad is on the lookout for a new star pilot as seven-time Supercars champion Whincup prepares to step...