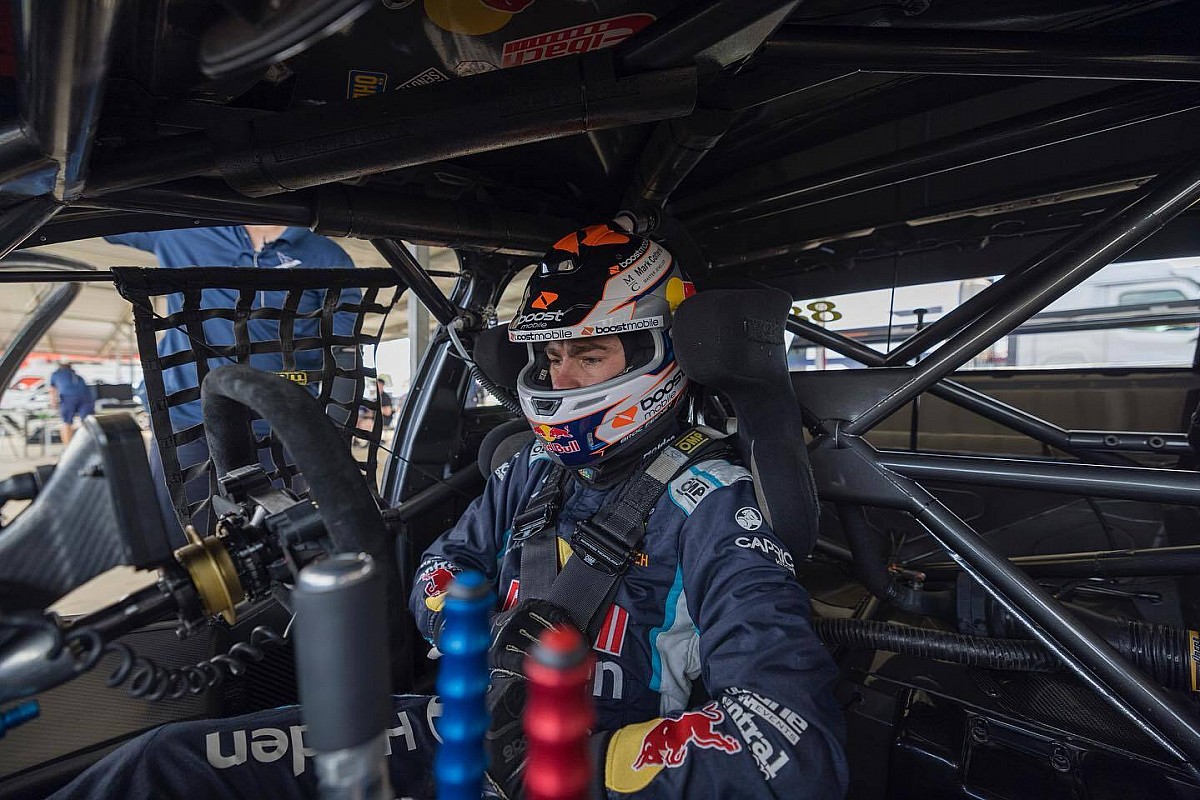 The quintet spent the day cycling between the team’s two cars taking sponsors, guests and fans for rides.

It was the first time the Super2 regular has been called up for a ride day by the squad.

The laps come ahead of Feeney’s high-profile Bathurst wildcard appearance this year with Triple Eight.

Feeney will team up with veteran Russell Ingall in a Supercheap Auto-backed Holden, which will mark his second Great Race appearance and first main game start with T8.

It’s also rumoured to be an audition of sorts, Feeney understood to be one of the main contenders to replace Jamie Whincup in the #88 next season.

Feeney and Ingall will get three proper test days in the lead up to the Bathurst 1000, the first of which is expected to take place at Queensland Raceway at the end of next month.