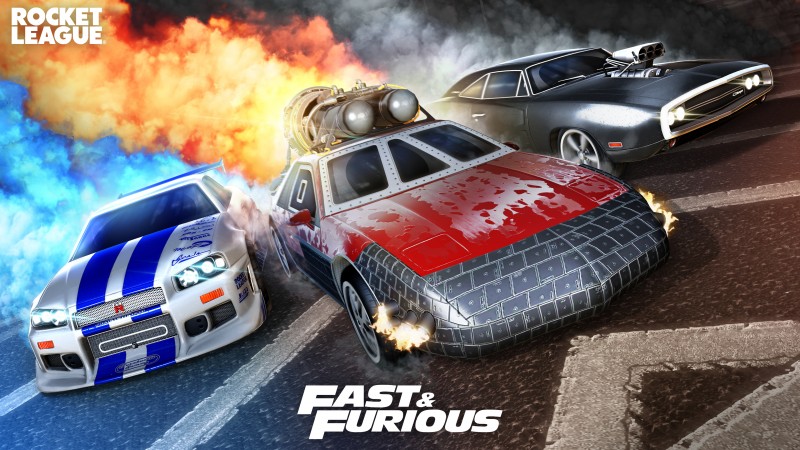 Just in time for the theatrical release of F9, Rocket League players can compete in a variety of cars from the film, including another chance to drive Dominic Toretto’s Dodge Charger. This is the third time that this movie franchise has been featured in the game. In early 2017, Dom’s “The Ice Charger” from Fate of the Furious was added to the virtual store, and later that year, another batch of this film franchise’s iconic rides arrived, giving players control of Dom’s classic Charger and a Nissan Skyline GT-R R34.

Announced during today’s Summer Game Fest livestream, Rocket League players can purchase a Fast & Furious three pack of cars on June 17. The Dodge Charger and Nissan Skyline are being pulled out of the garage for a second run, and are joined by a new addition: a Pontiac Fiero (based on the hybrid hitbox).

On June 19 at 11 a.m. PT, Psyonix is holding a Fast & Furious: Rocket League Rumble livestream on Twitch that pits some of the game’s top teams against one another. This tournament features a single-elimination bracket of 4v4 Rumble Matches.

Fast & Furious is a natural fit for Rocket League. Other popular brand crossovers include Ghostbusters with the Ecto-1, Batman v Superman with the Batmobile, Halo with the Warthog, and Jurassic Park with the Jeep.

Rocket League is still one of my most played games, a joy I found at the beginning of the COVID-19 pandemic to unite with friends and play something a little less violent than our normal picks.

Previous post Donkey Kong 3 On PC Was On Some Stuff