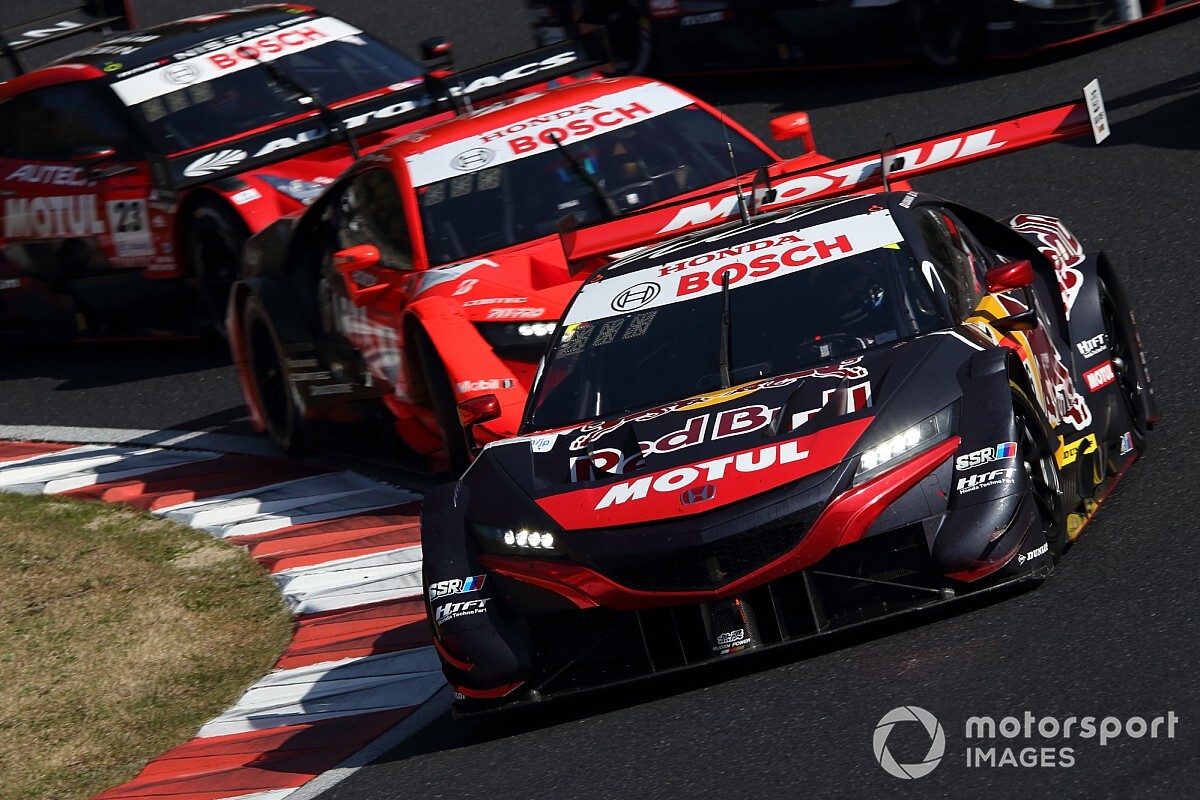 Dunlop spent the last decade supplying tyres to just the Nakajima Honda squad in GT500 following SARD Lexus’ switch to Michelin (and later Bridgestone) in 2011, severely compromising its ability to develop and test new tyres vis-a-vis the other three manufacturers in the class.

Off the back of an improved showing in recent years, another Honda squad Mugen entered into an agreement to race on Dunlop rubber from 2021, ending its four-year relationship with Yokohama.

However, Dunlop isn’t content with partnering just two teams in the top category and is looking at ways it can build capacity for another car, even if that means reducing its presence in the G300 class where it currently supplies tyres to five cars from four different manufacturers.

“We want at least one [more] team,” Dunlop Japan’s motorsport department manager Yasuda told Motorsport.com. “But any more than that would start to give us capacity problems. So, we need to think about that. [Seven cars across two classes] is already a lot of us. We are very close to the limit.

“First we need to think about how we can make the capacity bigger, but if we can’t, we might have to reduce the GT300 supply.”

Dunlop made the biggest strides in one-lap pace last year, with Nakajima Racing topping qualifying at both Suzuka and Motegi – its first pole positions in the category since 2012. In fact, Takuya Izawa and Hiroki Otsu progressed to the second part of qualifying in all but the four Fuji rounds of the disrupted 2020 season.

However, race pace remained a weakness for both Dunlop and the Nakajima team, with Izawa and Otsu scoring only one podium all season and finishing outside the top 10 in the championship.

A similar trend was seen at this year’s championship opener at Okayama, with the two Dunlop-shod Hondas the only cars from the Sakura-based manufacturer breaking into Q2 before fading in the race, ending up 11th (Mugen) and 13th (Nakajima) at the flag.

Yasuda says the team is now putting increased efforts on improving its long-run pace, having shown that it can mix with the top runners in qualifying.

“We felt immediately that the two cars are working well together, and the development speed has increased a lot,” Yasuda said.

“Last year we were strong in qualifying but not in the race, so for this year we’ve focussed on making the longevity better. We’ve made several constructions and we put that into this race. We had three compounds for this race, we chose medium and hard.

“If we’d used the soft, I think we would have easily got pole [at Okayama]. But considering we were using hard compounds, I think P6 and P7 is a good result [in qualifying]. Now we are much more focussed on race performance [than good results in qualifying]. “