By William Lloyd: Dillian Whyte lit into Tyson Fury for him failing to do anything to help Billy Joe Saunders’ dad, Tom, when he was shoved around by security last Saturday at the AT&T Stadium in Arlington, Texas.

Moments after Saunders’ trainer Mark Tibbs pulled him out of the fight at the end of the eighth, Tom moved past the barrier to get to the ring to check on his son Billy Joe.

As Tom was making his way to the ring, what appeared to be a burly security person came running at him and shoved him back hard.

Tyson Fury could be seen standing and doing nothing to help Tom during this encounter. Although Fury was animated during this, he didn’t move past the barrier to help Top.

Whyte expected more of Fury, believing that he should have been in there to help Tom. Who knows what was going through Fury’s head when he was watching this.

The security likely would have recognized Fury and perhaps he could have explained who Tom was to them.

Dillian Whyte: “Tyson Fury is a coward. How can you stand by and watch Billy Joe Saunders’ father [Tom] get treated like this. You didn’t jump the barrier and at least try to stop them [security] [from] manhandling him. You are a coward, all mouth. #fightingman #allmouth.”

Dillian Whyte: “Calm down, Gypsy Coward. You’re no King @Tyson_Fury. If you thought I was a bum, you would have fought me years ago when ordered by the WBC Boxing. Keep conning the public #anytime #anyhere.”

Maybe Fury was worried that he’d get jumped too if he’d tried to help Tom Saunders out, and it might have been risky for him. Fury is hoping to fight Anthony Joshua on August 7th or 14th, and it would be bad news for him if he were to get injured.

Saunders (30-1, 14 KOs) suffered a terrible eye injury during the fight, and his career is now in jeopardy. We don’t know if Billy Joe will be able to come back from the triple fracture of his right orbital bone. 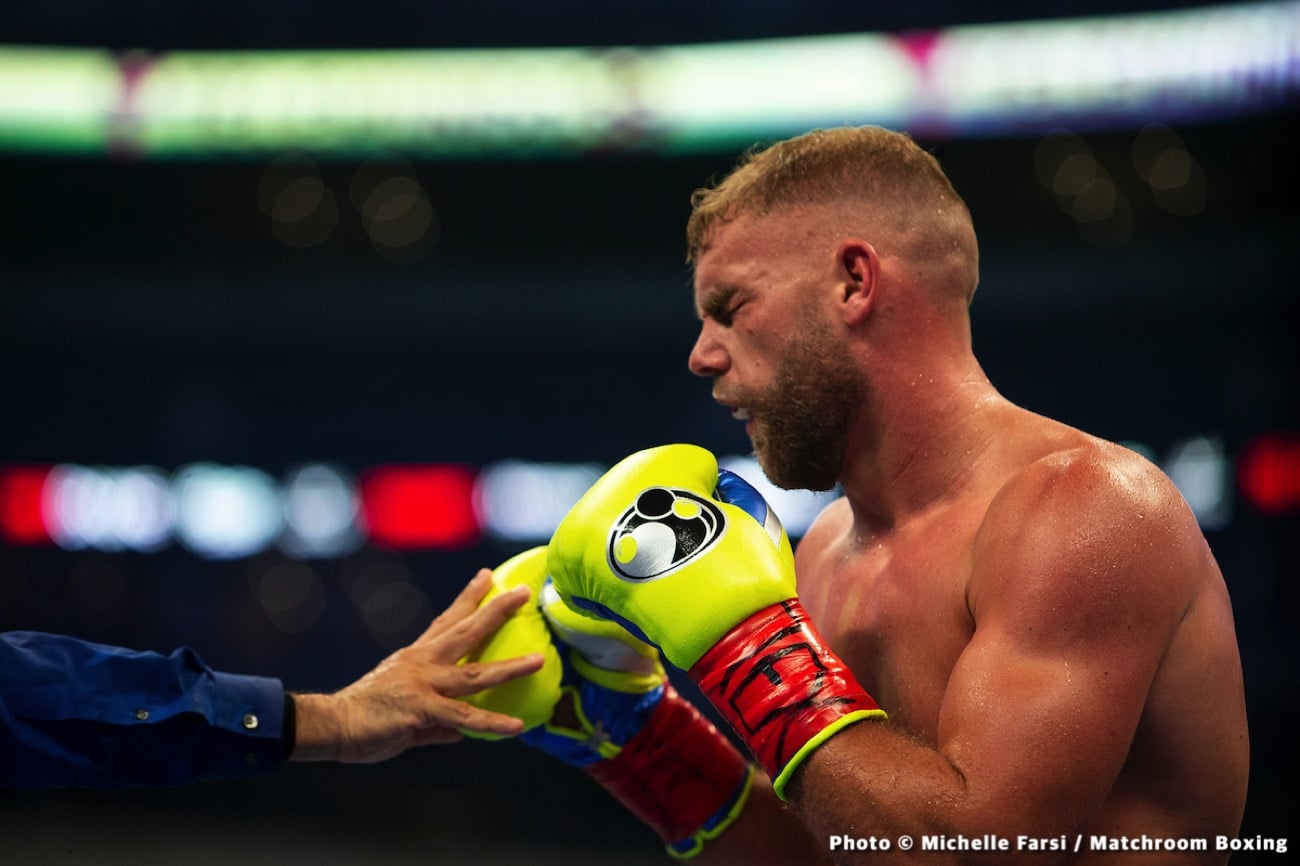 Former WBO super middleweight champion Saunders fought bravely, getting the better of Canelo in at least three, possibly four rounds, but he got caught with a right uppercut in the eighth.

The punch caved in the right orbital bone of Saunders, and he wasn’t able to resume fighting with his eye in that condition.

Next post Hood, A New Multiplayer Heist Game, Is Fine