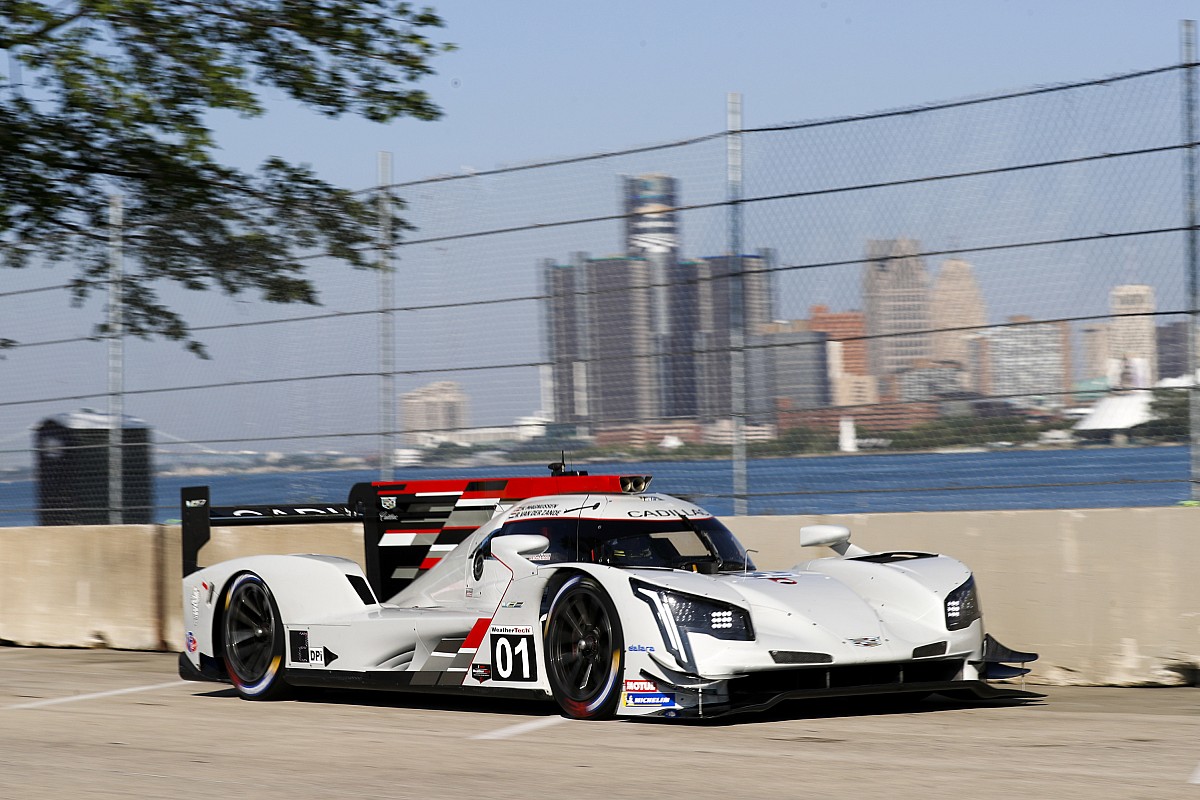 Harry Tincknell’s bravery saw him graze the walls on several occasions as he wrung dry the bucking Mazda RT24-P but came up 0.323sec short around the 2.35-mile 13-turn course.

A last attempt to break up the Cadillac party was ruined when Olivier Pla looped his Meyer Shank Racing Acura ARX-05 into a spin in the final minute of the session. Dane Cameron’s best effort remained the MSR team’s fastest, 1.2sec off the ultimate pace and half a second from Ricky Taylor in Wayne Taylor Racing’s Acura.

Tommy Milner edged Antonio Garcia by 0.2sec to be quicker of the two Corvette C8.R drivers.

Vasser Sullivan Racing’s Jack Hawksworth was fastest of the GT Daytona class, depleted this weekend as this race is only for Sprint Cup, not WeatherTech SportsCar Championship points.

His Lexus RC F clocked a 1min30.495sec lap, to go two-tenths clear of Richard Heistand who continued to impress in the #39 Carbahn Peregrine Audi R8.

Compass Racing’s Mario Farnbacher, pacesetter in the morning session was third ahead of Ross Gunn in Heart of Racing’s Aston Martin Vantage.

Robby Foley drove the BMW M6 into sixth, ahead of the Alegra Motorsports Mercedes AMG which understeered into clipping Turn 1’s outside wall.

His car was in a better state than Till Bectolsheimer’s Acura which gave the wall a hefty lick with the rear, causing a brief red-flag period.

WRC not expecting new manufacturer until 2024 at the earliest

Will Hamilton versus Verstappen go down to the wire – and what could stop it? | 2021 F1 season

Calado “quite surprised” to beat Porsche in Portimao