By Dan Ambrose: Unbeaten Demetrius Andrade went into a long rant last week during an interview with DAZN, letting them know how he views superstar Canelo Alvarez as a “cowardly” fighter who has been avoiding a fight with him and taking on lesser opposition lately.

Most boxing fans would vehemently disagree with Andrade, 33, about his label of Canelo as a “coward” for not facing him and other fighters like David Benavidez, Artur Beterbiev, Dimitry Bivol, and Jermall Charlo.

The fans view Canelo as being more of a calculated fighter when choosing his opponents. As we’ve seen with Canelo’s decision to face Avni Yildirim, Billy Joe Saunders, and Rocky Fielding, he’s careful in his opponent selection.

The WBO middleweight champion Andrade (30-0, 18 KOs) was lambasted publically by Canelo when he showed up at his post-fight press conference on May 8th to ask him for a fight after his victory over Billy Joe Saunders.

Canelo took a harsh approach to turn down Andrade’s request by letting him know that he doesn’t view him as a good fighter and that he hasn’t fought anyone.

After giving Andrade a quick taste of what he thought of him, Canelo ordered him to be removed from the press conference in a Kingly way. 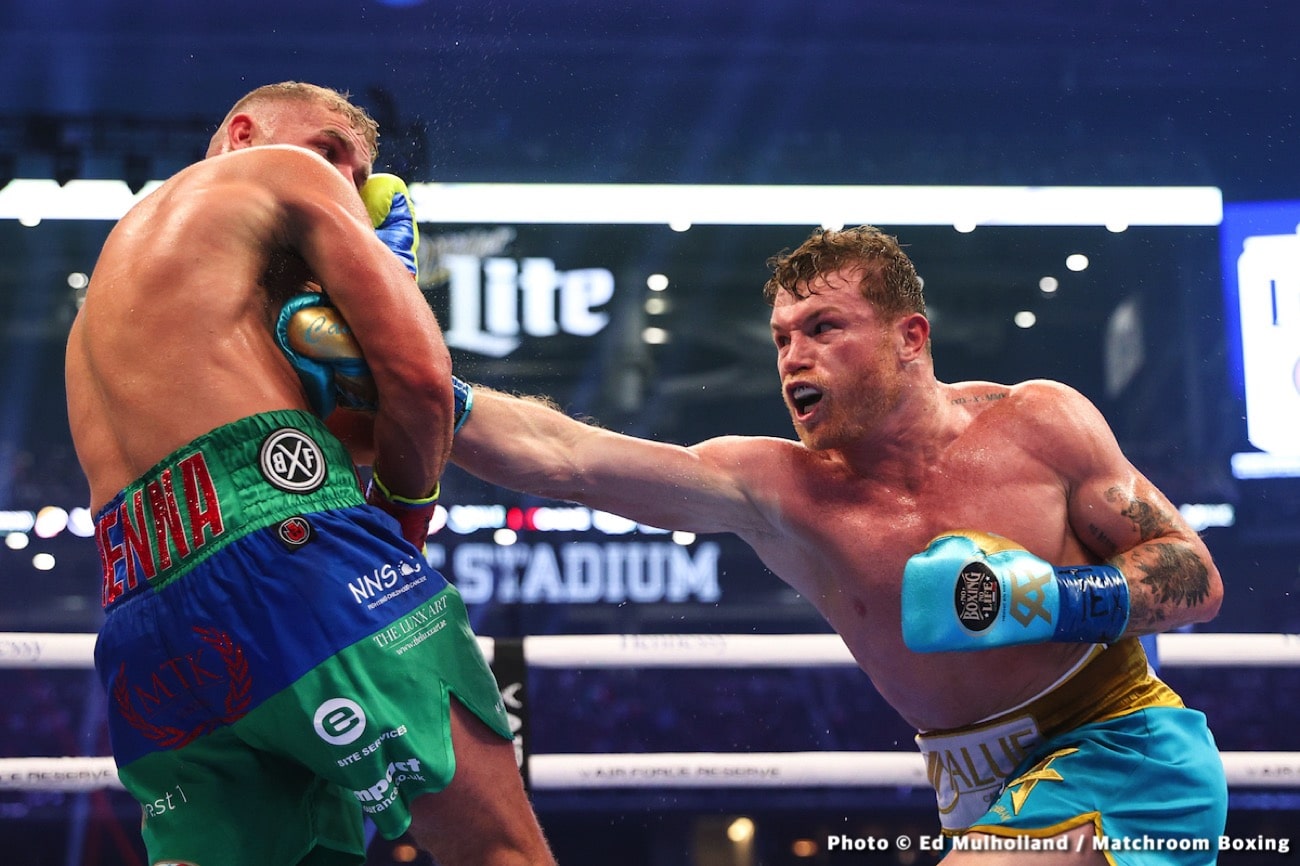 Andrade has been trying to get a fight with Canelo for the last three years, and he’s watched him during that time take fights these less than talented fighters:

Jacobs and Kovalev were good fighters many years ago, but not at the time Canelo fought them. They were well past their primes, especially Kovalev.

“He’s a coward, a coward. That’s some coward s—,” said Andrade to the DAZN Boxing show about ducking him to face the weak champions at 168. “I gave him respect: ‘Canelo, good job, now when can we make it happen?’

Canelo has been taking advantage of the less than stellar champions at 168. Unlike the 160-lb division, which has excellent fighters holding titles, the 168-lb division had average fighters holding belts. Canelo obviously saw an opportunity to win some easy belts from this group of title-holders:

You can’t blame Canelo for being an opportunist to take advantage of a weak group of champions at 168. Still, at the same time, Andrade wonders why he didn’t attempt to become the undisputed champion at 160.

Canelo held the IBF, WBA, and WBC middleweight titles, and he was only one belt away from becoming the undisputed champion. For Canelo to get that title, he would have had to beat WBO champ, Andrade.

Instead of doing that, Canelo vacated his 160-lb titles and went up to 168 to go after WBA champ Rocky Fielding, who was seen as the weakest link among the champions in the division. 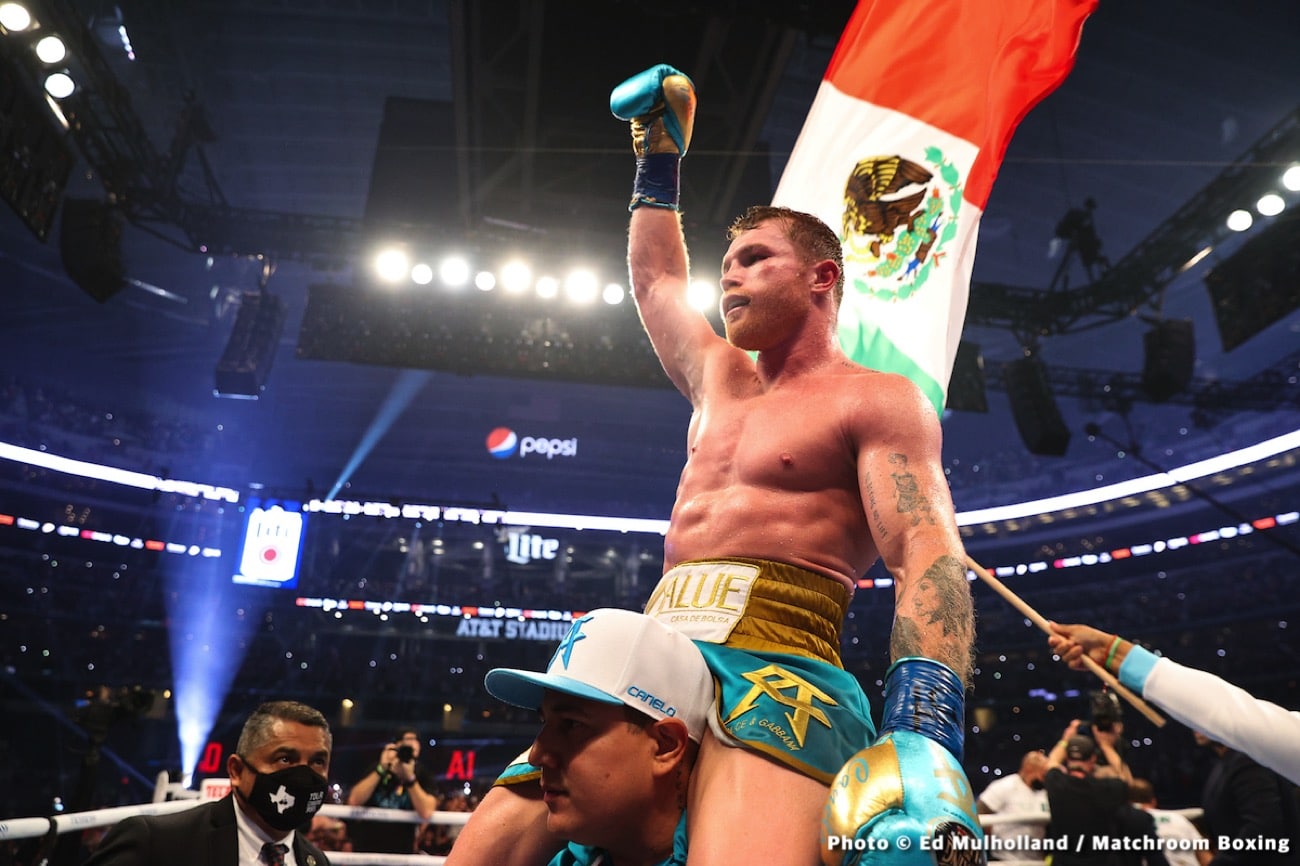 “Callum Smith, he fought a load of old guys in Europe, and all of a sudden he’s getting the fight,” said Andrade. “What did Billy Joe do to get that fight?

“He went 12 rounds with Martin Murray,” said Andrade in pointing out that Canelo’s recent opposition did nothing to earn a shot against him.

Callum Smith’s captured his WBA title beating George Groves after he’d come off of shoulder surgery. This wasn’t the same Groves that we’d seen for years. Groves had injured his shoulder in his previous fight with Chris Eubank Jr.

Lewis Ritson: ‘You let out your inner demon’

Vasiliy Lomachenko Analyzes Devin Haney’s Performance Against Jorge Linares: “Haney Was Trying To Survive, When I Fought Linares, He Was In His Prime”