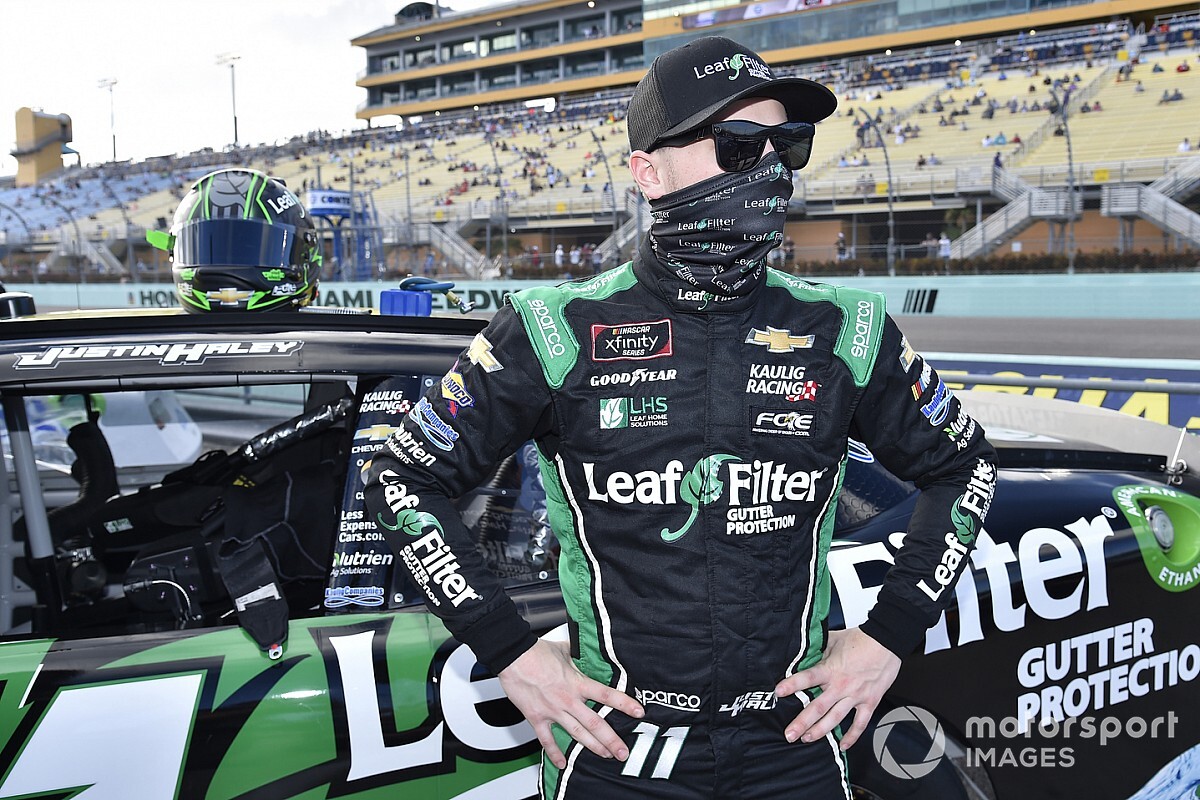 Kaulig Racing, with whom Haley competes fulltime in the Xfinity Series, made the announcement Friday, just one day before this weekend’s race.

“Kaulig Racing continues to fully adhere to NASCAR’s safety protocols, as well as the Centers for Disease Control and Prevention (CDC) guidelines, to ensure the safety of its employees and fellow competitors,” the team’s statement said.

Haley, 22, is sixth in the series standings so far this season with six top-10 finishes in nine races and a best finish of sixth at Homestead-Miami Speedway.

Who will replace Haley?

Kaulig named Zane Smith, a fulltime competitor in the Truck Series, as Haley’s replacement this weekend in the No. 11 Chevrolet. Smith, 21, made 10 starts in the Xfinity Series in the 2019 season with a best finish of fifth at Iowa and Phoenix.

Haley was also scheduled to compete in Sunday’s Cup Series race with Spire Motorsports, driving its No. 77 Chevrolet.

Spire has named Josh Berry, a part-time Xfinity Series competitor with JR Motorsports, as the new driver of the No. 77 on Sunday. Berry, 30, will be making his Cup series debut.

Morbidelli aggravated a pre-existing left knee injury on Tuesday in a training accident and has been ruled out of this...

Companies enter into partnerships with the cutting-edge platform that is Formula 1 for myriad reasons, but primarily to enhance their...