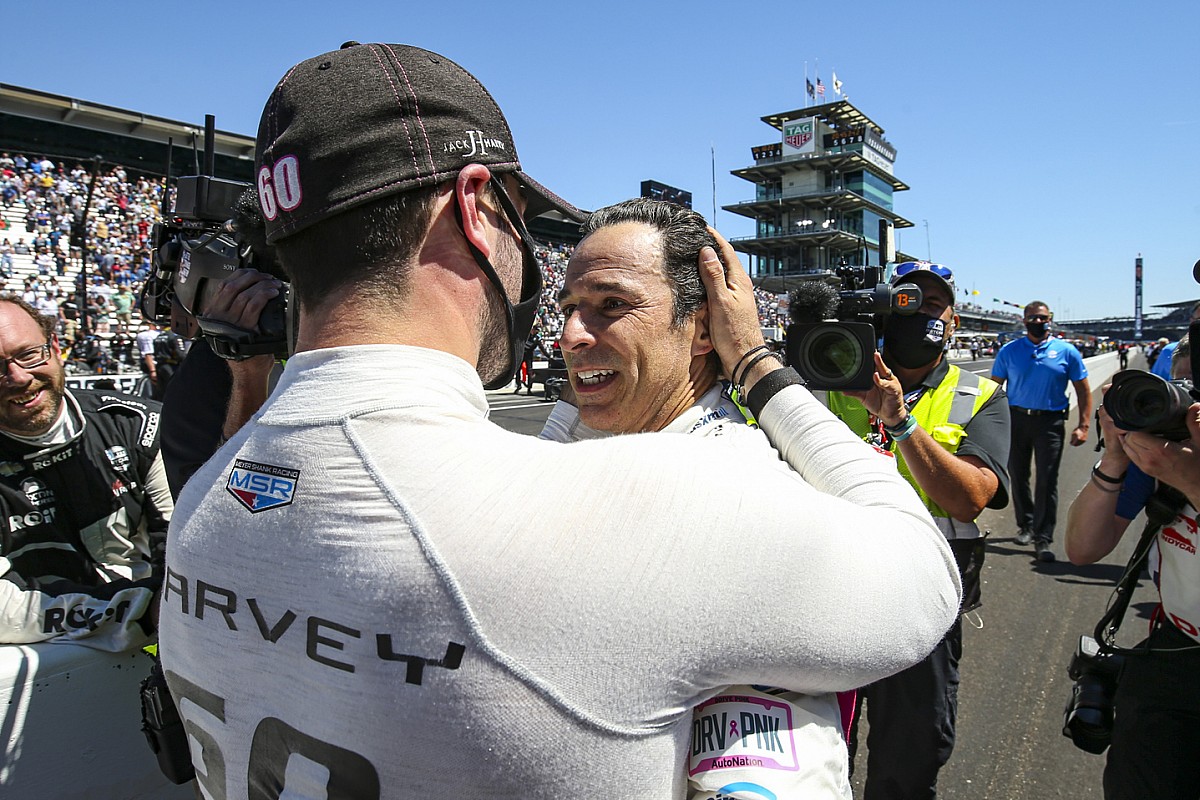 Castroneves lost his full-time Team Penske IndyCar ride in 2017, as he switched across to the Acura Team Penske program in IMSA, culminating in the 2020 drivers’ championship. However, following the end of that project, he was cut loose by Penske after 21 years and signed for six races in the second MSR car alongside the team’s fulltimer Harvey in 2021.

In the first of these, the 105th Running of the Indianapolis 500, Castroneves famously triumphed and became the race’s fourth four-time winner – and scored Meyer Shank’s first IndyCar win.

Today, MSR announced that Helio Castroneves will return for a full season in 2022 in the #06 car while the #60 entry hitherto raced by Harvey will be campaigned by an as-yet unnamed replacement.

“I am thrilled to get the chance to go for a fifth Indianapolis 500 win, and so excited to fight for the IndyCar championship again with a full season of races next year with Meyer Shank Racing,” said Castroneves who will make his second start with the team in Nashville. “Mike (Shank) and Jim (Meyer) have developed some incredible sponsorships with AutoNation and SiriusXM, and having that support is critical.

“I have been missing racing in IndyCar full-time so much! So I cannot wait to get a head start on next year with some strong races to finish this season.”

MSR described itself as “excited to continue its relationship with long-time sponsors AutoNation and SiriusXM, and to welcome a dynamic new driver, who will be announced soon.”

Harvey bagged the team’s first podium on the Indianapolis Motor Speedway road course back in 2019 and is a regular Firestone Fast Six contender in qualifying. But he has been struck by a lot of bad luck over the last season-and-a-half of racing.

“We wish Jack much success and we know he will continue to be a driver to watch,” said MSR co-owner, Mike Shank. “MSR is excited to have Helio in the #06 car next season and we’re looking forward to adding a driver, who will turn heads in the #60 car.”

Shank, whose new 43,000 sq. ft. shop is based in Pataskala, Ohio, added: “There are so many people around us that have given us the opportunity to expand to two full-season entries for next year. My partner Jim Meyer and I have done this in a way that makes sense for us.

“I am very excited to have Helio onboard for the 2022 season and I think there will be a lot of excitement around our second driver when we make that announcement as well.”

The Hungarian Grand Prix produced one of the most bizarre sights of the season when just a single car appeared...

The world champion was extremely fatigued and felt some mild dizziness after battling hard to grab a podium finish at...

Mercedes team principal Toto Wolff defended the team’s decision not to switch Lewis Hamilton to slick tyres before the restart...

The Rookie Racing-entered machine came home 43rd out of 44 classified finishers in the fourth round of the Super Taikyu...

Alpine’s senior management say the team was “humbled” by its breakthrough Formula 1 victory, and praised its staff’s “resilience and...

Vettel finished second at the Hungaroring after rising up the order early on following the chaotic opening lap, narrowly losing...