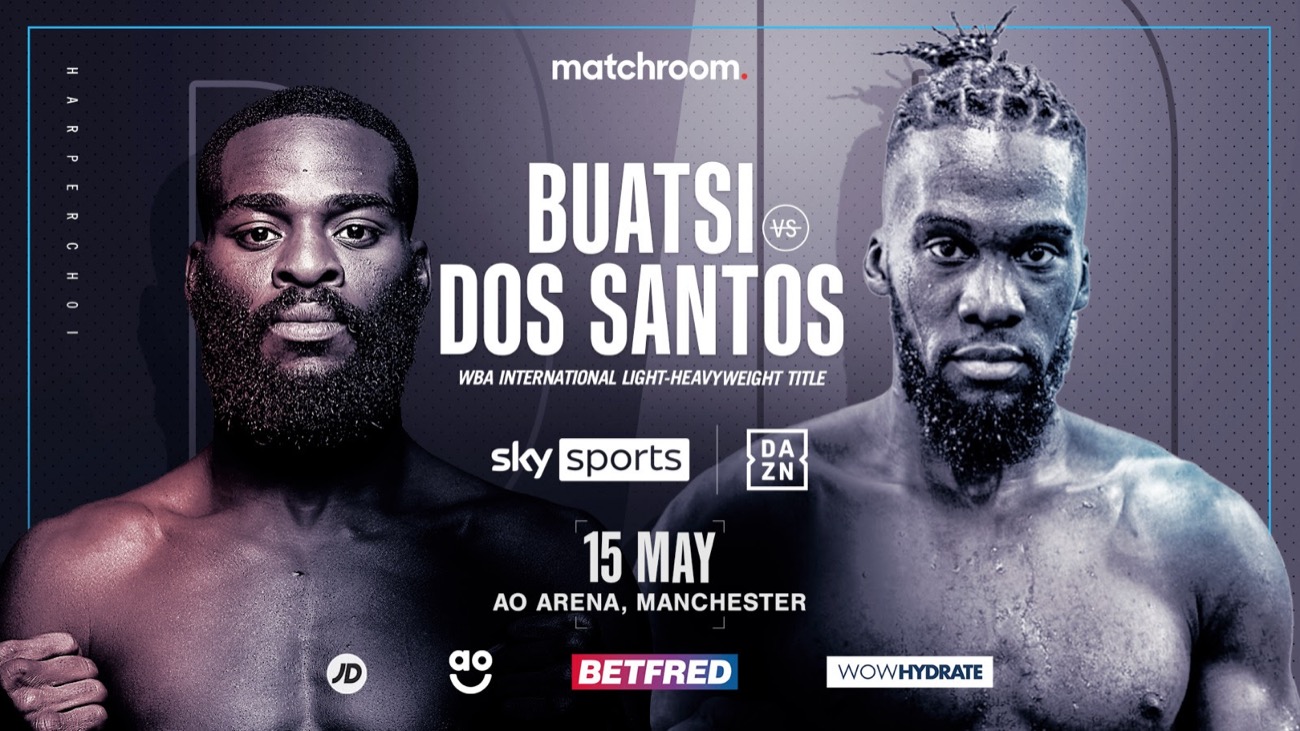 Buatsi knocked the 30-year-old Dos Santos with a big right hand to the head in the fourth. The shot appeared to hit Dos Santos around the backside of his head, knocking him cold.

It looked impressive, though. It reminded Charles Brun of former knockout Artist Julian Jackson’s brutal second-round knockout of Terry Norris in July 1987. Buatsi isn’t the same type of murderous puncher as former junior middleweight world champion Julian Jackson was, but he definitely has some pop in his punches.

Earlier in the fight, Buatsi dropped Dos Santos with a hard body shot in round two. From that point on, Santos spent the remainder of the fight on his bike, moving constantly in large circles to try and avoid the cat-like Buatsi. The fight was essentially a cat and mouse affair after the knockdown in the second.

All in all, it was a good victory for the 28-year-old Buatsi, who was fighting for the first time with new trainer Virgil Hunter. As bad as Buatsi’s opponent Dos Santos was tonight, he could have fought without any trainer and still won with easy. It was a flat-out mismatch and Buatsi’s new trainer Hunter had nothing to do with the outcome of the outcome.

Dos Santos appeared to stun Buatsi with a right hand in the first round, and that was a little disappointing to see. Buatsi’s promoter Eddie Hearn believes that he’s capable of winning a world title eventually, but it doesn’t look that was. Getting hurt by Dos Santos and almost getting stopped in his previous fight against Marko Calic is a sign that Buatsi’s future at 175 is less than guaranteed for success.

What Buatsi should be thinking about doing is moving down to 168 because he’s too small to fight at 175 against the likes of Artur Beterbiev, Joe Smith Jr, Gilberto Ramirez, Dimitry Bivol or even Jean Pascal. Those guys would take advantage of Buatsi’ chin problems, and take him out. Hearn might be thinking about Buatisi waiting out the 36-year-ld Beterbiev for him to get old before fighting him. I don’t think that’s possible.

With Beterbiev’s type of power and excellent inside fighting, he’s not going to lose enough for Buatsi to beat him for at least 10 more years, and by then, there will be someone else that will have emerged that is far better than the British fighter.

That’s why it’s a better idea for Buatsi to move down to 168 now, and see if can get hit big on the Canelo Alvarez lotto.

Although this fight was supposed to be a step up for the 2016 Olympian Buatsi, it was clear from the very start of the fight that was actually a huge step down for him from his previous match against Marko Calic last October.

It’s not surprising that promoter Eddie Hearn matched Buatsi against a weaker opponent because he was in danger of being stopped by Calic last time out.

That fight showed that Buatis is very, very flawed on defense. He can punch, but he doesn’t take shots well, and he was lucky not to be stopped by Calic.