By Mark Eisner: WBO super middleweight champion Billy Joe Saunders (30-1, 14 KOs) chose to quit on his stool at the end of the eighth round on Saturday in his much-anticipated unification fight against WBA/WBC champ Canelo Alvarez (56-1-2, 38 KOs) at the AT&T Stadium in Arlington, Texas.

It if turns out that Saunders didn’t suffer a serious eye injury, he’s going to be taking a lot of grief from boxing fans, fighters, and the media for quitting the way he did.

With the bold talking that Saunders had done this week, it’s a bit of a surprise to see him fold up shop so quickly to quit after his eye got dinged up from a single punch from Canelo in the eighth round.

No one would have predicted that Saunders, 31, would quit on his stool after having his right eye closed from an uppercut from Canelo during the eighth round. 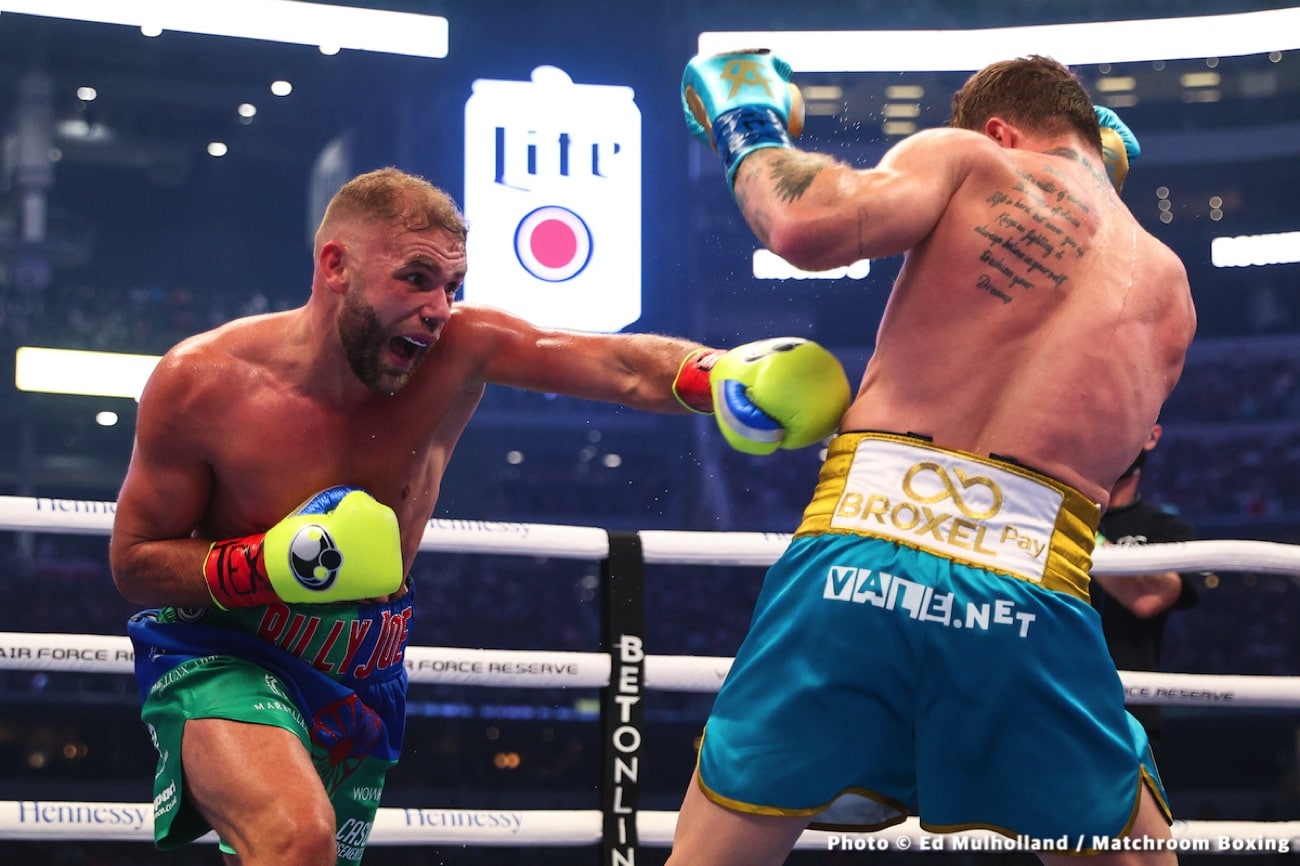 Fans expected Saunders to come out for the ninth round, and give it a go for him to try to make it through the final four rounds.

At the time that Saunders quit, he was still very much in the fight, and a victory wasn’t out of the question.

The judges had it for Canelo by the scores after eight rounds:

Boxing News 24 had Alvarez just barely ahead with a 77-75 score, and the outcome was still very much in doubt at the time Saunders called it quits.

Saunders fighting effectively, using his ab, right hand, and straight lefts to keep Canelo off balance. Billy Joe, 31, was giving Canelo a lot of headaches with his ability to keep him at a distance.

Canelo was landing two or three hard shots per round, but this wasn’t the same performance we’d seen from the Mexican star in his recent fights against Avni Yildirim, Callum Smith, and Sergey Kovalev. He didn’t look nearly as good tonight as he did back then.

This wasn’t the Saunders from eight years ago, as he looked slower, heavier, and not as light on his feet as he was when he defeated Chris Eubank Jr in 2014.

“As soon as he got binged in the eye,” said a laughing Chris Eubank Jr in reacting to Saunders quitting on his stool after round eight. 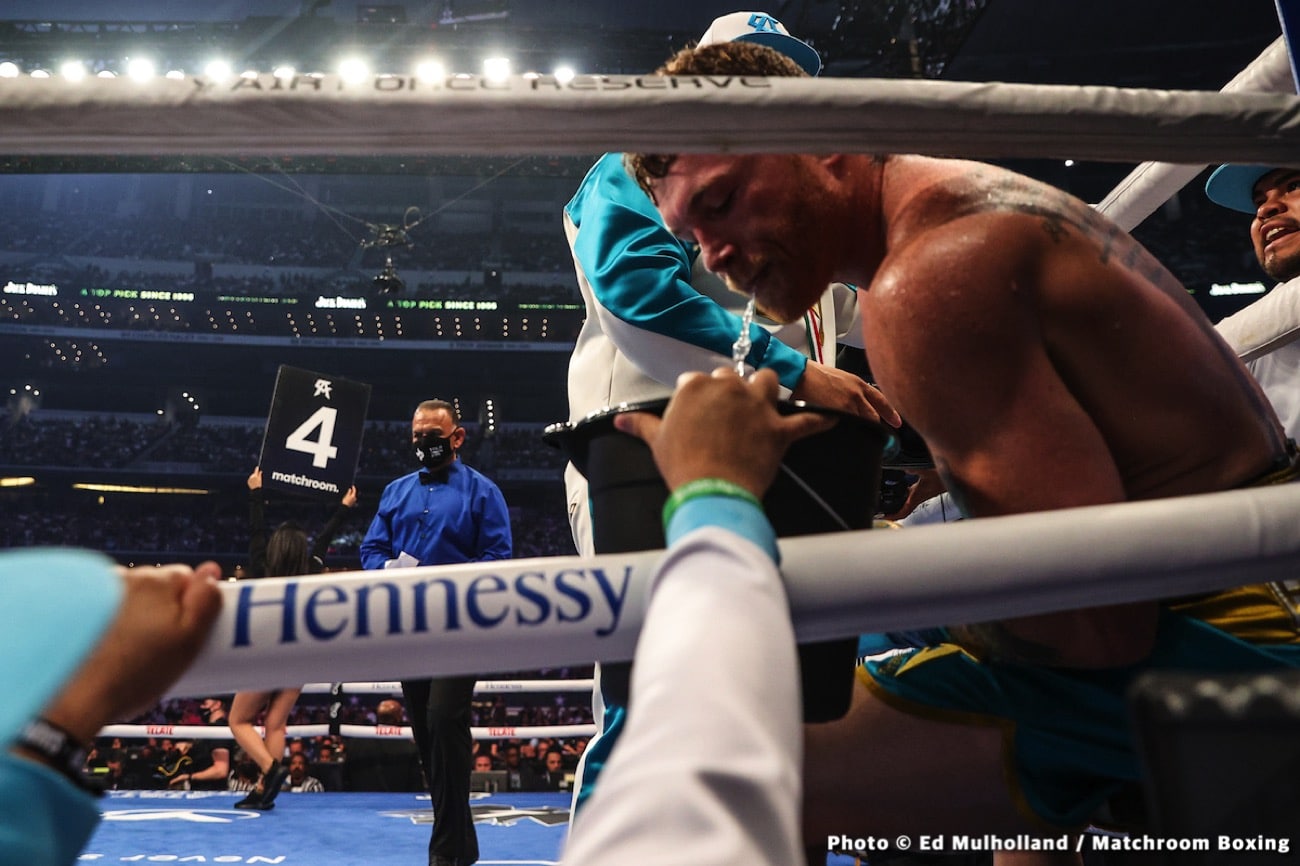 There’s no word whether Saunders will try and get a rematch with Canelo at a later date in 2022.

You would have to suspect that the injury will make a handy excuse for Saunders to use to justify a second fight with Canelo after he faces the last man standing Caleb Plant in September.