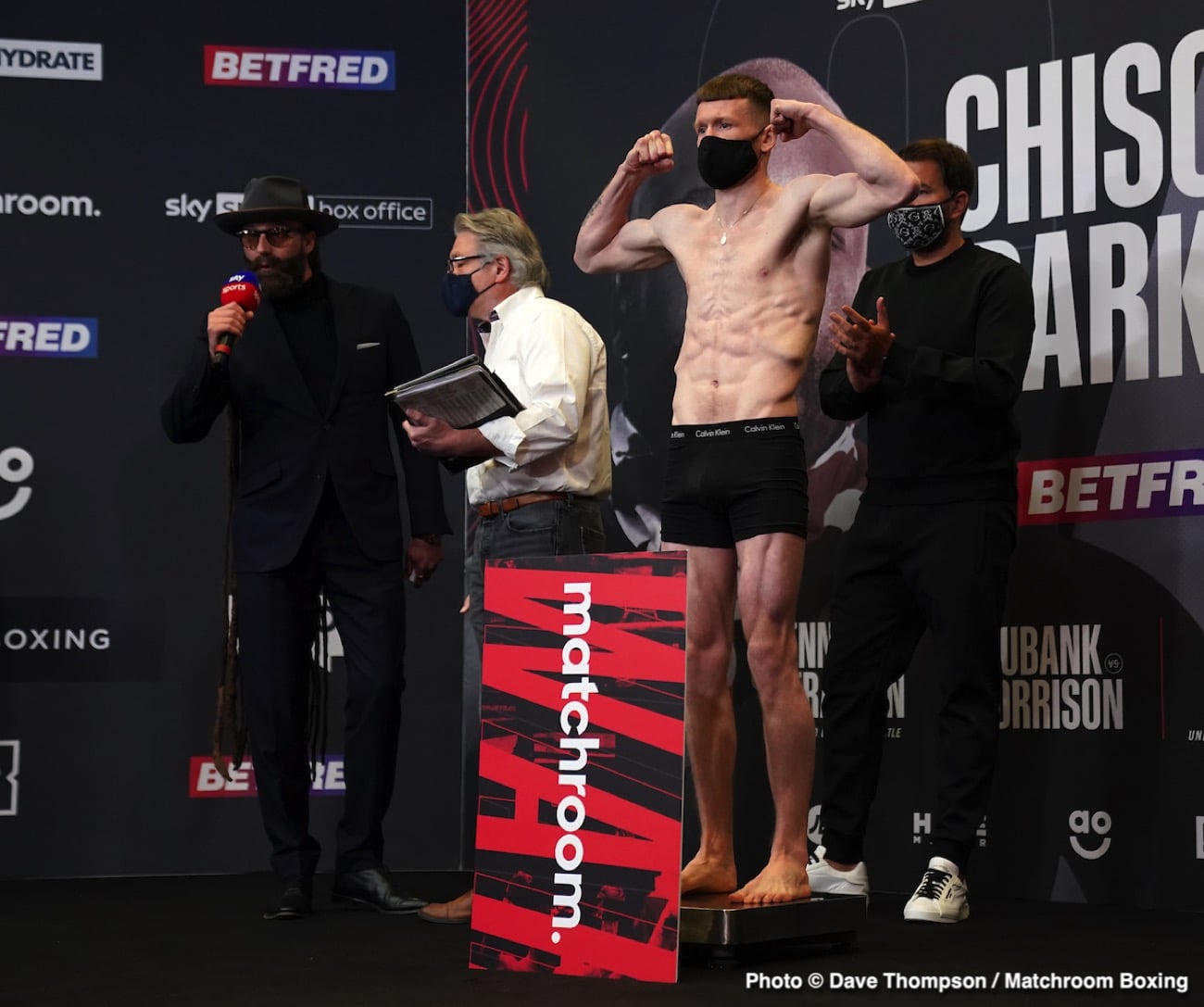 By Mark Eisner: In a huge upset win, little known Jovanni Straffon (24-3, 17 KOs) massacred the heavy-handed James Tennyson (24-4, 24 KOs in blowing him out in the first round to win the vacant IBO lightweight title on Saturday night at the Manchester Arena in Manchester, England.

Fighting on the undercard of the Derek Chisora vs. Joseph Parker card on DAZN and Sky Sports Box Office, the 27-year-old Mexican southpaw Staffon hurt the 27-year-old Tennyson with a right-left combination to the head that badly hurt him, putting him down on the canvas.

Tennyson could barely stand when he got back to his feet, staggering around the ring trying to get his bearing.

Surprisingly, the referee allowed the fight to continue. It’s unclear why, but he felt that Tennyson should be allowed to continue. When the action resumed, Straffon unloaded on Tennyson, who was leaning with his back against the ropes, taking massive shots to the head.

At that point, the referee Michael Alexander did the right thing and stepped in and halted the fight.

The time of the stoppage was at 2:10 of round one.  The loss for Tennyson was his fourth of his career, and his fourth knockout loss What seems to be clear is Tennyson’s punch resistance isn’t what it needs to be for him to be competing at 135.

Losing to a lesser fighter like Straffon is a warning sign that Tennyson needs to make some changes with his career. If he can’t take a punch, he’ll need to figure out a way to protect his fragile chin.

It might be a good idea for Tennyson to move down to 130 in hopes that he can take the punches better in that weight class. It’s worth a try because it’s patently obvious that Tennyson lacks the punch resistance to be competition at a moderately high level in the 135-lb division.

If you look at the records of Farmer, Walsh and Senkovs, those guys are NOT huge punchers, and they shouldn’t have been able to knock out Tennyson if his chin was what it needs to be for him to compete at a high level.

Tennyson can try moving down to super featherweight with the hopes that he can handle their power in that weight class, but if not, he’ll need to make a decision on what he wants to do.

Tennyson’s punching power is world-class, and easily among the best in the lightweight division. But it’s pointless to have great power if you can’t take a decent punch.

Eddie Hearn gloating about Joshua vs. Fury getting done