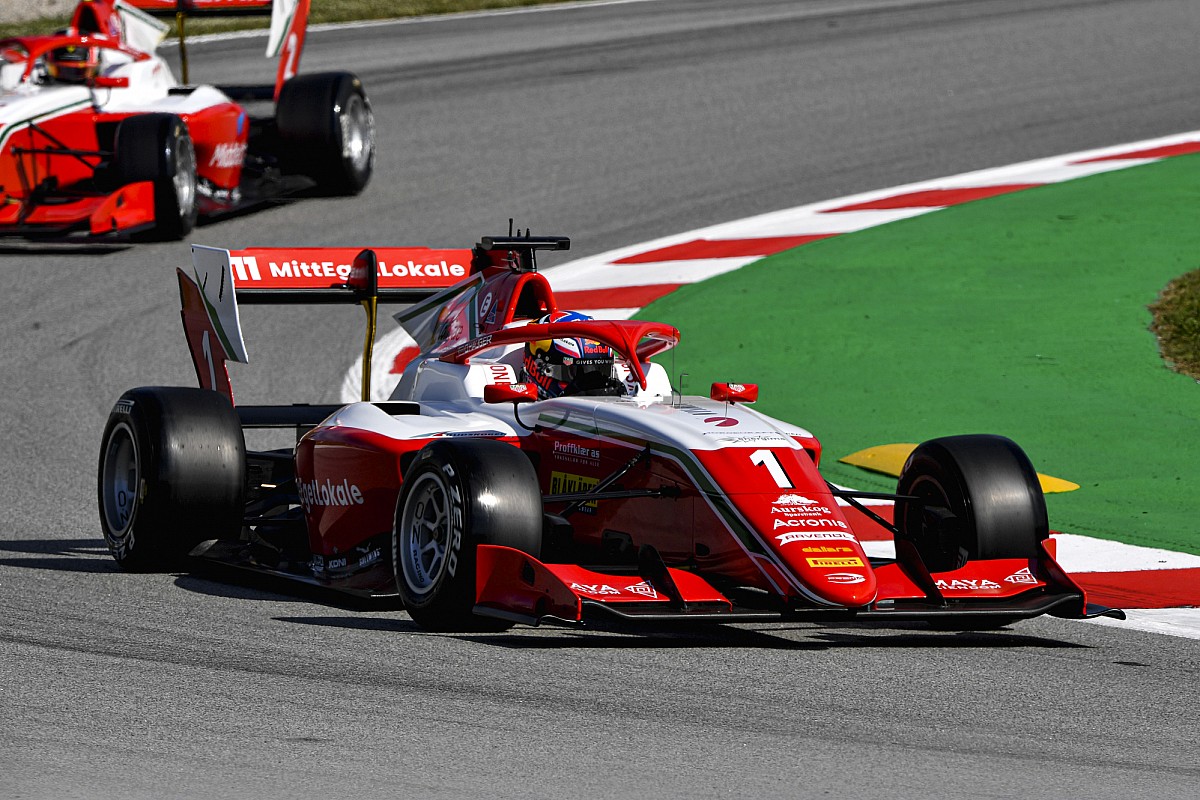 Taking his second podium, but his first for the Italian outfit, Red Bull junior Hauger led every lap from the green flag after taking pole on Friday by just 0.006s in the opening qualifying session of the season.

It was four wide at Turn 1 on the first lap, but Hauger kept the lead.

There was a battle for third in lap nine, with Doohan snatching third from Martins, before passing Nannini on lap 12 to take second.

Hauger had built a comfortable lead by lap 13, running 3.3 seconds ahead of Doohan, way beyond the one-second DRS window.

By lap 18, Caldwell had passed Martins.

On the penultimate lap, Trident’s Clement Novalak, who finished fourth in Race 2, took sixth from Sargeant, before Vesti and Collet also passed the American driver.

ART GP’s Alexander Smolyar took his maiden win at the first race of the weekend on Saturday morning under a safety car finish, having started second after the top 12 from qualifying were reversed.

Caldwell took the top step of the podium during the second race on Saturday afternoon after a chaotic race involving two safety cars and two crashes amid tussles for the lead.

The next round of F3 will take place alongside the French Grand Prix at Circuit Paul Ricard, from June 25-27.