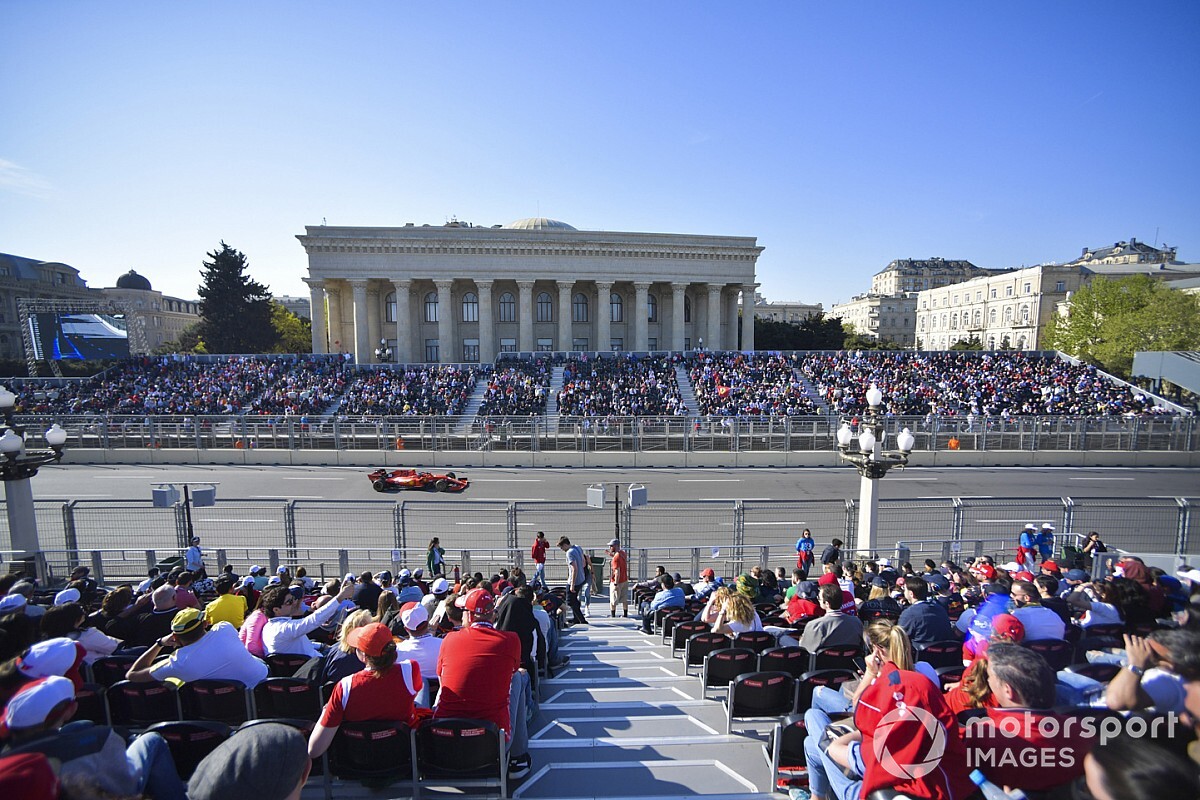 F1 will stage ‘sprint qualifying’ at three races this year, running a 100km race on a Saturday to set the grid for the grand prix on Sunday.

Sprint qualifying is set to debut at the British Grand Prix in July, with the current plan being to run the tweaked weekend format in Italy and Brazil, subject to confirmation.

It will mark the first time F1 has used sprint races, but officials have made clear it is a trial for 2021 that could either be expanded or ditched, depending on its success.

Should the format be retained after this year and expanded to more events, the promoter of the Azerbaijan Grand Prix has said he would happily have sprint races at Baku.

“I know it’s been opposed by a few of the drivers, and they think it’s quite risky,” said Baku City Circuit executive director Arif Rahimov when asked by Motorsport.com if he would like to host sprint races.

“To be honest, I think any change would be kind of welcomed, and any experiments would be good.

“I’m kind of on the opposite side, thinking that experimenting with the race weekend format is a good thing in general, just to mix things around and make it more interesting for the spectators, make it a bit more unexpected.

“I’d really welcome something like this, if I was offered, if we had a choice to do it one way or another.

“I think any changes would be great for generally F1. There were so many different speculations about having the reverse grid like they do in F2, and now there is the sprint qualifying. I’m welcoming any of these changes.”

Baku will play host to its fifth Formula 1 grand prix next month, returning to the calendar after being forced to cancel its 2020 race due to the COVID-19 pandemic.

The contract for the grand prix has been extended by one year to 2024, making up for the missed season, but Rahimov said it was not yet time to discuss a longer-term deal.

“We haven’t yet started talking about the longer-term contracts,” Rahimov said.

“I think it’s not a secret, that the way F1 is trying to do their contracts now, they’re probably going to be three-year contracts from now on. I think they’re trying to standardise it across different circuits.

“This was supposed to be the first race [of the three-year deal]. So no, we haven’t started talking about the extension. We still have plenty of time to do that, and it shouldn’t be a problem.”

Morbidelli aggravated a pre-existing left knee injury on Tuesday in a training accident and has been ruled out of this...

Companies enter into partnerships with the cutting-edge platform that is Formula 1 for myriad reasons, but primarily to enhance their...