By Barry Holbrook: The 140-lb unification fight between Josh Taylor and Jose Ramirez has now been announced as being available for UK fans on FITE TV PPV on May 22nd for a price of £12.99.

This is excellent news for fans outside of the U.S in the UK, as now they’ll be able to see this great fight between IBF/WBA light welterweight champion Josh Taylor and WBC/WBO champ Jose Ramirez.

Taylor figures to be the favorite over Ramirez, as he looked great in his last fight, rolling over his IBF mandatory Apinun Khongsong by a first round knockout last September.

For his part, Ramirez struggled to defeat former WBA light welterweight champion Viktor ‘The Iceman’ Postol by a 12 round majority decision last August. That wasn’t an impressive performance by Ramirez, who struggled with the technical skills of the 37-year-old Postol the entire fight.

It’s a bit surprising that none of the UK broadcasters have chosen to show the Taylor vs. Ramirez fight, seeing that it’s a huge match-up. This is for the undisputed light welterweight championship with all four belts being on the line.

Top Rank promoter Bob Arum likely shopped the Taylor – Ramirez fight around to various UK networks by now at BT Sport and Sky. For it to have not been picked up, it could mean that the networks weren’t willing to pay to see it.

If this was a fight between two local fighters, one of the UK broadcasters would have snatched it up in a second.

Nonetheless, it’s surprising that the networks didn’t think enough of Taylor to purchase it for their viewers.

Arum was upset last year when none of the UK broadcasters picked up the welterweight clash between WBO champion Terence Crawford and Kell Brook.

Bob said that he didn’t ask for a ton of money, yet none of the UK networks chose to purchase the fight. 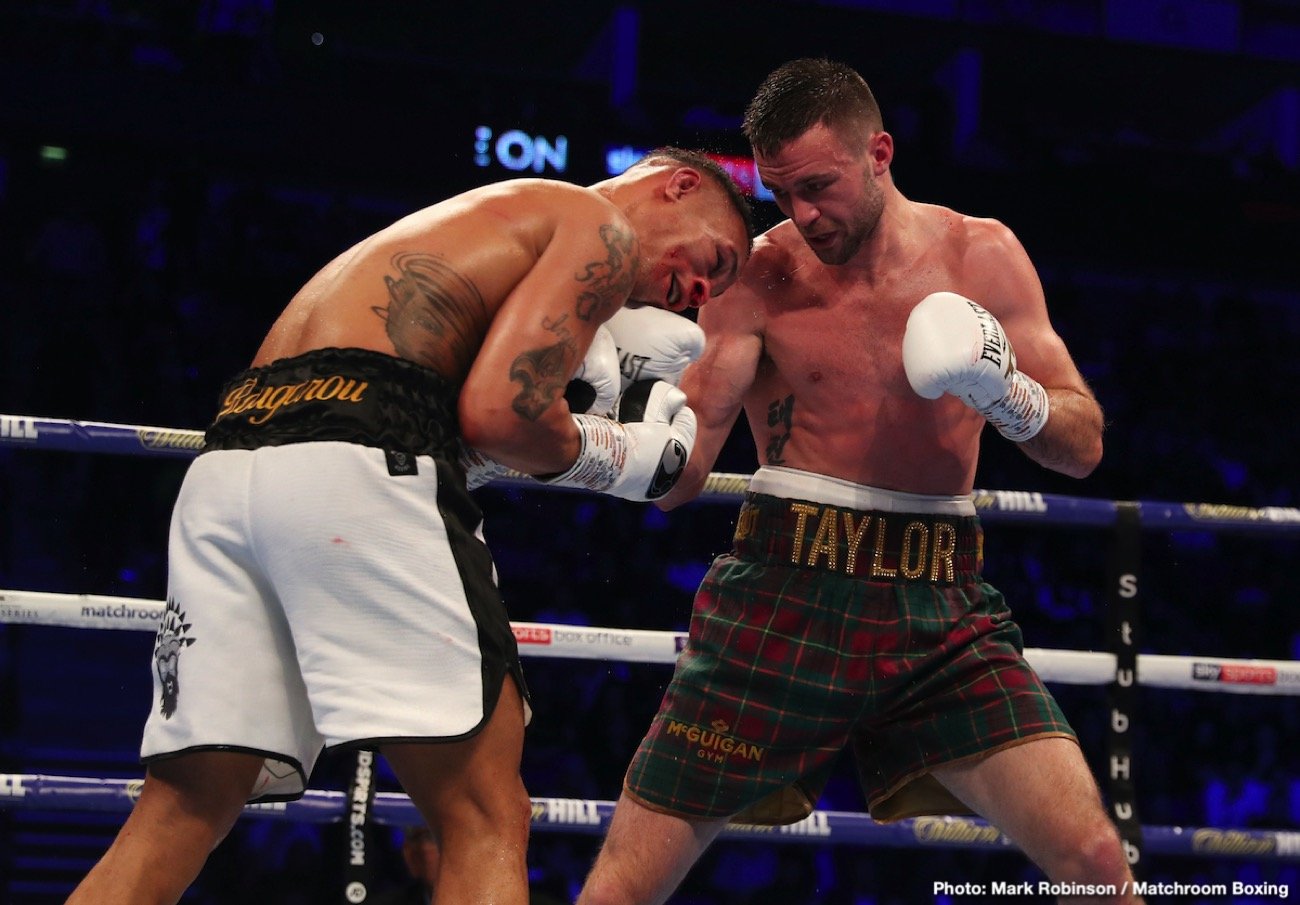 Perhaps it might have been a different story if the 34-year-old Brook was younger in the prime of his career rather than being at the tail-end.

Although talented, Ramirez, 28, isn’t a household name in the UK, and the fight might not have attracted a lot of interest from boxing fans.

We also don’t know whether there are any MMA events that are going on that night on May 22nd, which may have scared away the networks.

Next post [VIDEO] KEYSHAWN DAVIS KEEPS IT REAL ON LOPEZ, TANK DAVIS, AND RYAN GARCIA “SH*T GOING ON” AND HANEY VS. LINARES