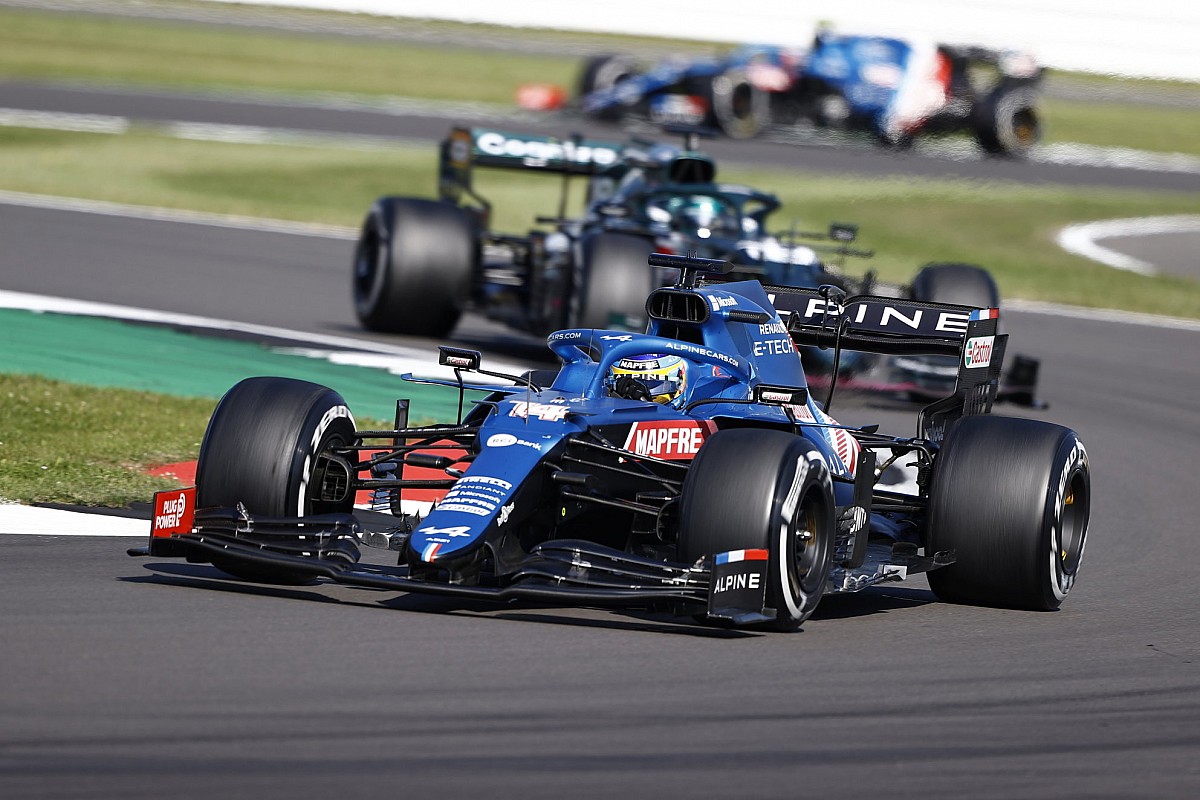 Two-time F1 world champion Alonso was the star of F1’s inaugural 100km Saturday race ahead of the British Grand Prix, making up six positions on the opening lap as he moved from 11th to fifth.

While Alonso would ultimately slip back two places before the end of the sprint race, the improved grid position set him up well to finish seventh in Sunday’s grand prix.

During the sprint race, Alonso was warned about moving under braking, but said he would not change his approach and that it would “be the same for the remainder of the year,” adding: “I will be in the dark side.”

Alonso explained after Sunday’s race that he did not mean he would be more aggressive, but that he would look to push the limits of the rules more after being frustrated by the stewards’ lack of action over a first-lap incident in Austria two weeks earlier.

“I’ve been always clean driver, and I will remain a clean driver for all my career,” Alonso said. “I think I’m [one of the] few ones that I don’t have any points on the license.

“But what I referred to yesterday is that I felt a little bit like an idiot in Austria by respecting the rules. And we try to speak with the race director, and we try always to say or blame all the things that the people were doing with not many answers. That was strange.

The incident in Austria saw Daniel Ricciardo run wide at Turn 1 on the opening lap, allowing him to stay ahead of Alonso, leaving the Alpine driver calling for him to give up a number of positions.

Alonso said in Austria that he “felt stupid” as he was “the only one making the corner”, with no action being taken against Ricciardo.

“We wish we don’t need to do that. But because apparently, some things are allowed in the Formula 1 of today, so we copy it.

“And we don’t feel any more like we are out of the sport. So there’s no dark side. It is just playing with the same rules as everyone else.”