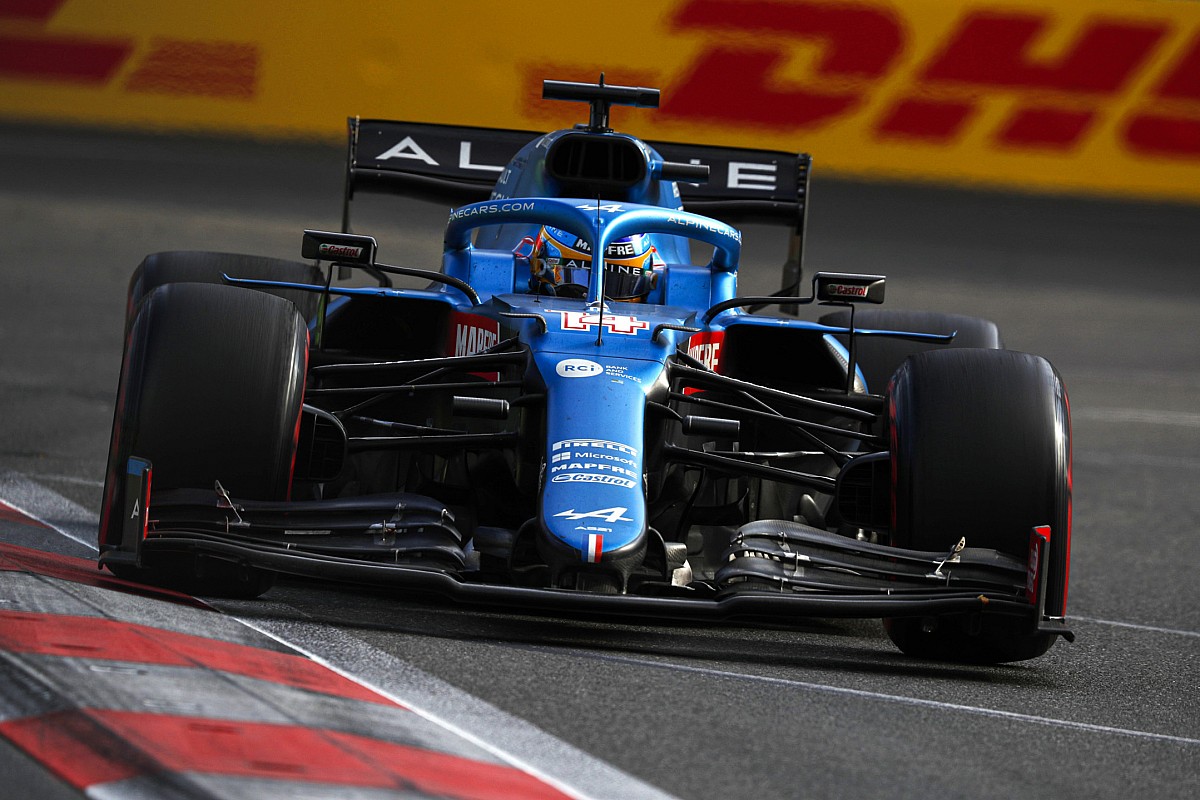 With Ferrari in particular having leapfrogged from a best-of-the-rest contender to grabbing pole position in Monaco and Baku, Alonso senses that the competitive order has been shaken up by the nature of recent circuits.

That is why he is convinced that when F1 gets back to regular layouts, like the next race at Paul Ricard in France, things should improve for his Alpine team compared to its main competitors.

“In Monaco and in Baku we lost a little bit [of performance],” said Alonso. “It was worse in Monaco while in Baku we were closer, but I think we need to come back to Barcelona and Portimao form. We have some hopes from France, that we can come back to those kind of performances.

“On the street circuits, the tyre preparation is helping somehow our opponents in a way to raise their performance. They are fighting for pole position now, but we don’t believe that is the improvement of the car: it is just how they switch the tyres on for a street circuit.

“But there are no more street circuits after this. Even Singapore is gone. So maybe we come back to more normal performance.”

Alonso delivered the best result since his F1 comeback with a sixth placed finish in Baku, having made the most of the two-lap restart to move up the order.

And although there have been some questions at previous races surrounding his return to F1, and whether or not he was struggling more than expected, the Spaniard is clear that things have been going much better than the critics believed.

“I was not too unhappy in some of the other races that, from the general opinion, were very bad,” he said. “I don’t think that they were that bad.

“In Barcelona, obviously, we were on one stop, and we didn’t perform there. But we were more or less at the same pace as Esteban [Ocon], in Monaco, and I think I finished two seconds behind him.

“This thing kept repeating every weekend, and the opinion was like I was struggling a lot, even comparing me with other drivers that changed team this year, like Daniel [Ricciardo] or whatever.

“But I didn’t think that was fair, because I think there is a very big difference on their struggles compared to what was I was having. I was not worried. I knew it was just a matter of time.”

Previous post MotoGP™’s 2022 silly season: how is the grid shaping up?