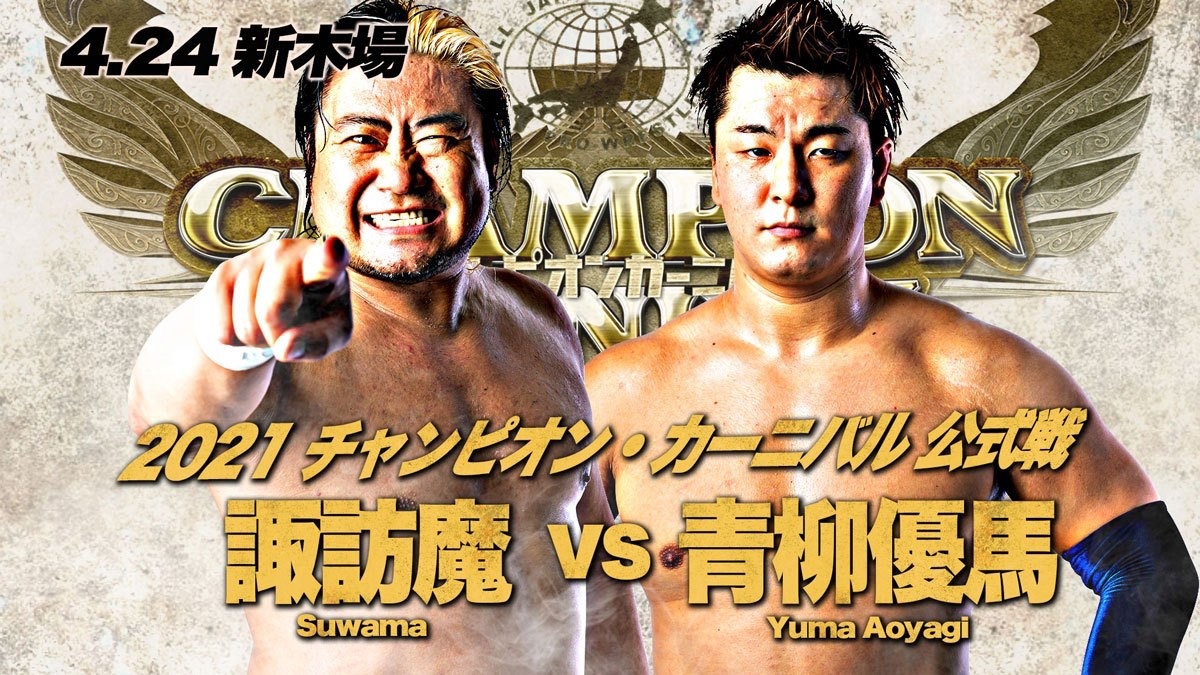 Wrestling is a spectrum.  We have serious, worked shoots at one end and Kota Ibushi fighting a doll at the other.  It’s silly to think that someone would stick to one particular point along the spectrum, like it would be silly for someone to only ever listen to one genre of music, but we all have a sweet spot. We have a certain flavour of wrestling that tickles a part of our brain and fills us with joy.

My sweet spot is grumpy old men battering people.  Otani has hit that spot perfectly in this tournament, and he hit it here yet again.

I know Otani isn’t as old as he appears, but it doesn’t matter.  The aesthetic of the balding well travelled veteran is enough.  He leans into Doi’s chops here in a wonderful display of dumb masculinity, learned from a life on the edge of what his body is capable of enduring.

My favourite moment in any of Otani’s matches is the wonderful paradox he creates with the jolly, clap-along moments that precede him putting a boot through someone’s face.  He practically skips to the ropes before murdering Doi, and I clapped and cheered with him like a bloodthirsty lunatic, enjoying the brutality like it was a harmless lark.

They fell outside, and were so engulfed in dumb jock energy, they were both counted out.  This was great.   ***½

This was a match of simple, little moments that have loud echoes.  Ishikawa looked like a giant here, dwarfing Ashino in the corner who isn’t exactly a small man.  They told a story of the smaller man outsmarting the giant, which was smart considering Ishikawa struggles to move with the conviction he once did.

Ashino’s selling was excellent, especially after a footstomp from Ishikawa that could have fallen flat without Ashino’s guttural screams and balking.

Ashino chased the ankle for the entire match, was brilliantly overpowered by Ishikawa throughout, but eventually found what he needed and tapped the big man out.

There’s a question mark hanging over Ashino, and whether he will end up telling the definitive story against Jake Lee, but nothing can happen until he builds up more speed in this tournament.  Let’s hope this continues.  ***¼

Miyahara is an eternal question.  Put the belt on someone else, and the audience is left puzzled as to why this once in a generational star is chasing.  Put the belt on him, and there’s nobody to challenge on his level.

Miyahara isn’t the problem with All Japan, but he’s the biggest victim.  I feel like he should be one of the generation’s top stars, but he’s permanently mired by All Japan refusing to build anyone else.  I see him winning the tournament, and ultimately the Triple Crown, but if all the effort is going into Jake Lee’s cosplay heel routing, we’re just going to end up in the same position next year.

I hope I’m wrong, and the seeds they’re planting with Aoyagi, Lee and Ashino bear fruit but I’m not confident.

This match was really good.  Sato is a hard wrestler to get excited about – he looks terrible and there’s been a borderline laziness to his recent work.  He can’t pull off the tough striker act anymore, and often his opponents appear to be overselling.  That being said, he was great here.  It was one of his best performances in the Carnival, and his dazed eyed selling really enhanced Miyahara’s brutal flurry of knees.  Not essential, but worth a watch.  ***1/2

Aoyagi is a lightning bolt.  He moves with a snap, dropkicking his way through the opening exchanges of the match.  He is so good at portraying barely held control, and he is brimming with charisma.

He’s the epitome of what’s so frustrating about All Japan at times, as he’s yet another person on the precipice waiting to be pushed over the edge.

The boring Suwama, with his gut and outdated hairstyle, took control as a champion should.  The problem with Suwama is that he makes you think of all the infinitely more exciting members of the All Japan roster who are wasting their best years.

That being said, this was atypical of this year’s Carnival in that there was a simple story told really well.  Aoyagi was the faster man, so he tried to outsmart the horrendously powerful Suwama.  Like Miyahara, Suwama’s problem isn’t necessarily his work but his surroundings and in isolation this was a great match.

There was a wonderful moment where Suwama clearly thought a burst of powerful strikes would send the younger man to sleep, but Aoyagi dodged and landed a great spinning kick.  It was the moment in wrestling that is the most visceral – the suggestion that the younger man might get the upset victory over the champion.

Aoyagi’s scratching entered another phase, where he fought and fought for that upset.  He took Suwama to the limit, but the effort of doing so found his own.  He absolutely dominated Suwama, nearly earning a referee stoppage, but Suwama always had an answer with a lariat or suplex.

It has been said before, and by better wrestling critics than me, but many of the late two-counts would have been much more impactful if the referee could actually move.

Suwama wins the match, but Aoyagi won me over.  This performance combined with his victories over Jake Lee and Zeus could leave Aoyagi in a very interesting position.  That being said, this is All Japan.  ***3/4

We’re entering the stage of the tournament where a lot of people are lumped together on the same amount of points, and it’s exciting to think who is going to breakaway.  There’s always the caveat that modern All Japan are resistant to ancient ideas like pushing new stars, but it feels like there’s a lot going on.

The strange thing about this tournament is that show quality has massively exceeded match quality.  Aside from Miyahara vs Zeus from night one, there haven’t been many certifiable bangers.  Everything, however, has been entertaining.  These are perfect, quick watches that always deliver.

It may sound like I’m damning it with faint praise, but I have really enjoyed the solid wrestling All Japan are presenting in this tournament.  This show is no exception.  Take your laptop in the garden, crack open a can of Fanta Lemon and enjoy the big lads hitting each other.